Hyundai unveils second-generation Kona compact crossover
22
0
(0 voices, on average: 0 out of 5)
Inexpensive SUV from Hyundai for developed countries has matured and tried on a new corporate identity.

The Kona is a model for wealthy countries, where a rustic Creta, according to Hyundai marketers, would look out of place. The total sales of the model in Europe and the USA over the past year exceeded 200 thousand copies, so the groundwork for the success of the second generation model has already been created.
Hyundai says that the new Kona is primarily an electric car: the designers developed the appearance of the SUV based on the features of the battery version. However, hybrid and pure petrol versions will remain in the range with the generation change.
The car has grown in size. The length of the new Kona is 4355 mm (150 mm more than its predecessor), although the wheelbase has not increased so significantly (2660 mm; +60 mm). The width is now 1825 mm (+25 mm).
The most recognizable element of the “front” is the LED strip, which the Koreans call the “seamless horizon”. It is located at the same height with a strip of rear “dimensions”, as if forming a speculative “belt”: before, such a solution has already been met on the Grandeur sedan. That’s just the design of the sidewalls with diagonal punching refers rather to the Hyundai Tucson, so there is no laconic lines here at all.
Four versions – electric, hybrid, gasoline and N Line – will differ in appearance. For example, pixel patterns will become the main motif of an electric car: they can be found in place of the radiator grille, on the taillights and even on 19-inch wheels. The petrol and hybrid versions will feature unpainted plastic fender flares, while the near-sport N Line version will get more aggressive bumpers, a tailgate spoiler, twin tailpipes, silver door sills and custom-designed 19-inch wheels. 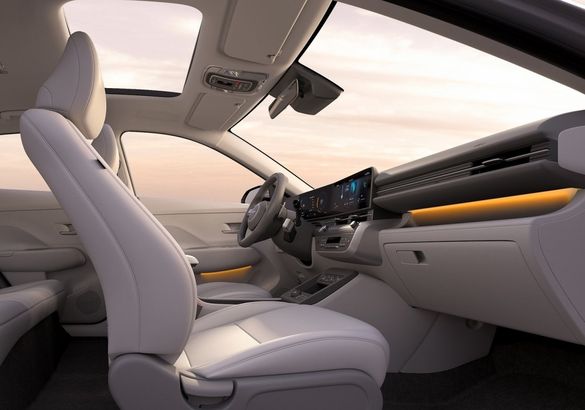 Salon began to look more serious due to horizontal lines. The transmission selector has moved to the steering column – another example of “electromobility” ergonomics and a hint that there will be no more “mechanics” version. From larger and more expensive models, the new Kona got a panel of two 12.3-inch displays of a digital “tidy” and a multimedia system. The model should also become more comfortable for rear riders due to the increased distance to the backs of the front seats and a flat floor. 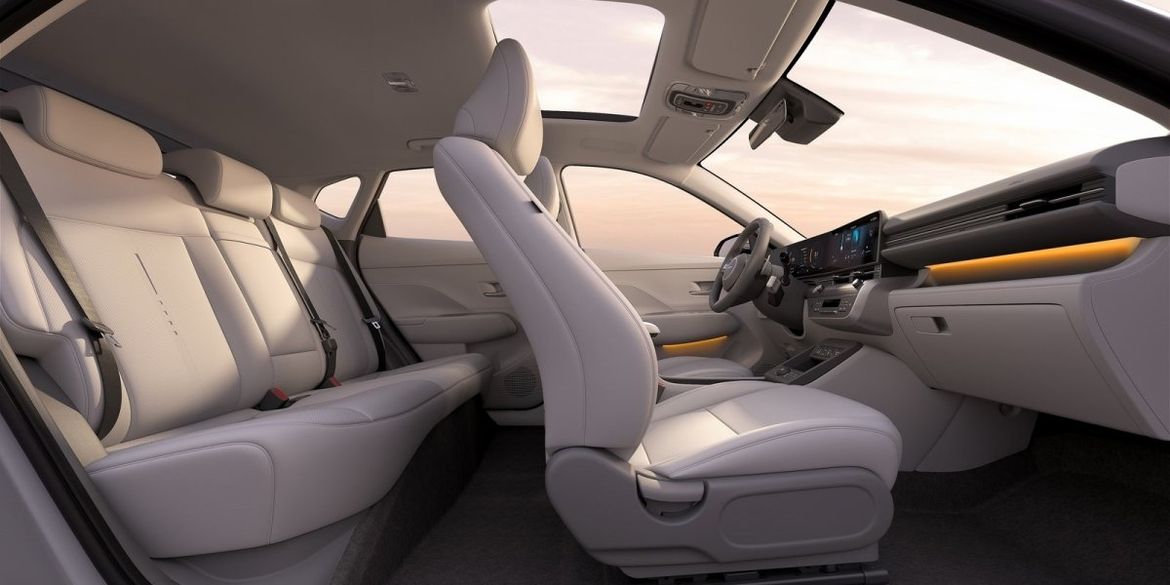 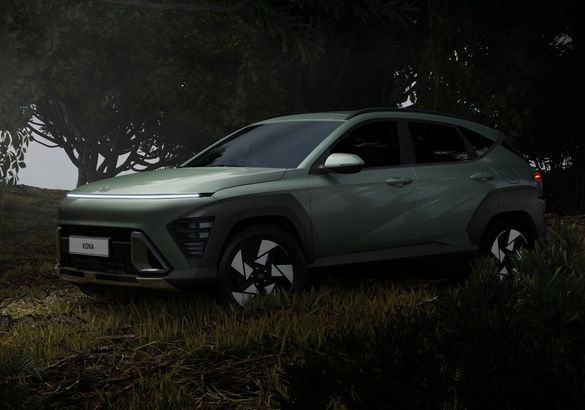 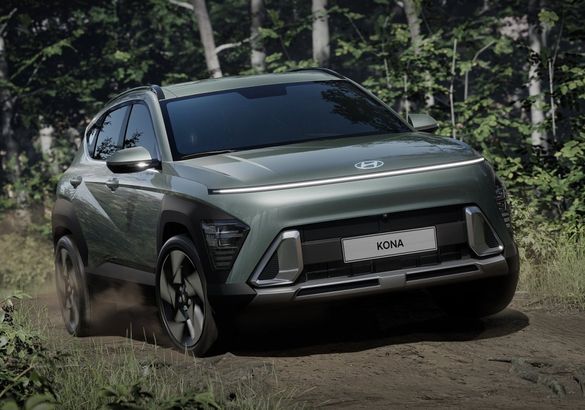 However, one should not expect a technical breakthrough from the new Hyundai Kona (for example, switching to an 800-volt architecture): the car is cheap. In Europe, prices for the base Kona start at 20.8 thousand euros, while the hybrid is available for 28 thousand euros without options. For an electric car, they ask for a minimum of 36.4 thousand euros. However, we would not be surprised if the novelty shares power plants with the second generation Kia Niro.

Representatives of the brand promise to reveal all the details in the next few months.

Test drive Evolute i-Pro: all the pros and cons of the first serial Russian electric car