The Mercedes-AMG SL 63 roadster has a version in honor of the “Formula 1”
21
0
(0 voices, on average: 0 out of 5)
The Germans continue to monetize the participation of the factory team in the “Queen of Motorsport”, despite not the most successful season.

Debuted at the end of 2021, the Mercedes-AMG SL 63 4Matic + roadster (585 hp, 800 Nm; from 187.1 thousand euros) has got the first special version. It is timed to coincide with the end of the 2022 Formula 1 season, which Mercedes AMG Petronas F1 would rather forget about: in the constructors’ championship, Russell and Hamilton managed to win only third place, and all the laurels went to Honda mechanics.
But the division of AMG in 2022 broke all records. Financial. In the fourth quarter, sales of fast Mercedes grew by 28% compared to the same period last year: in times of crisis, expensive models sell especially well. The Motorsport Collectors Edition, as the name suggests, is designed to bring the roadster to the attention of motorsport enthusiasts.

In fact, it’s just a SL 63 with rich equipment and unique design. The Burmester audio system and a full range of electronic assistants are available as standard, not to mention the head-up display and satellite navigation as part of the MBUX multimedia system.
The car is painted in the colors of the livery of the Mercedes-AMG F1 W12 E Performance car. A matte gray body hue is combined with turquoise splashes on the diffusers, sills and rims of the 21-inch wheels. Above the rear arch, the silver color turns into black (the opposite is true for the formula car), the gradient is combined with the patterns of the three-pointed star. 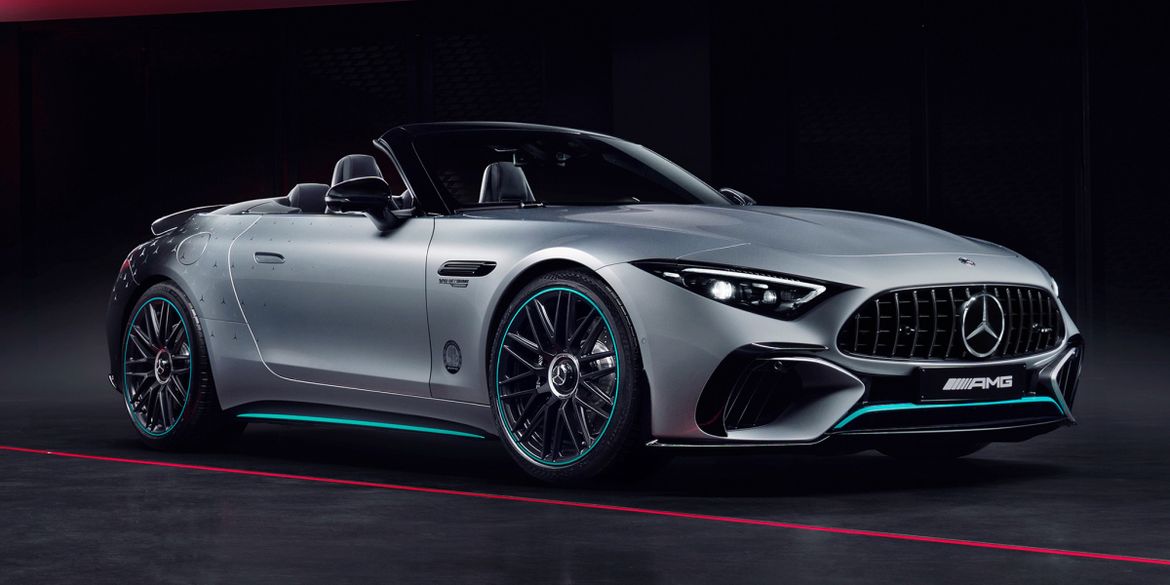 The advanced aerodynamic AMG body kit and the two AMG Night Package styling packages are also part of the composition. Not only the wheels, diffusers and exterior mirror housings are painted black, but also the radiator grille, logo and nameplates on the trunk lid, exhaust pipes and even brake calipers. 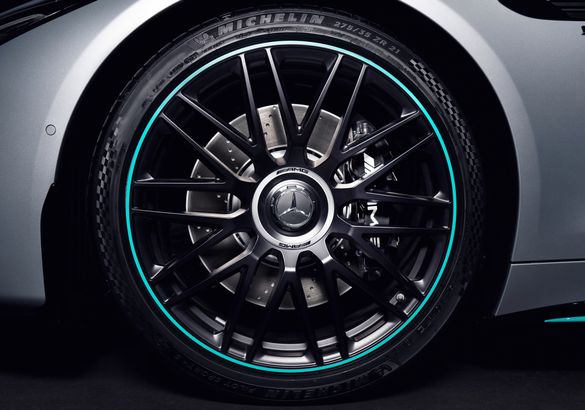 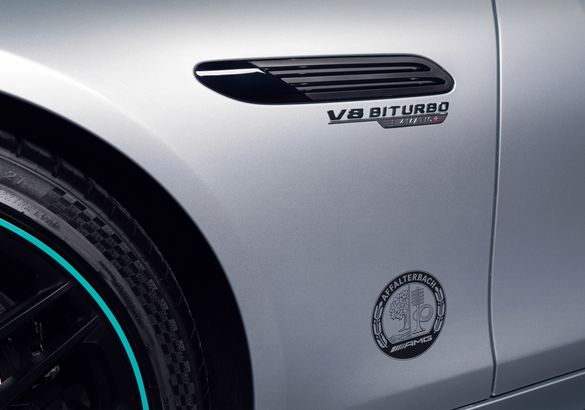 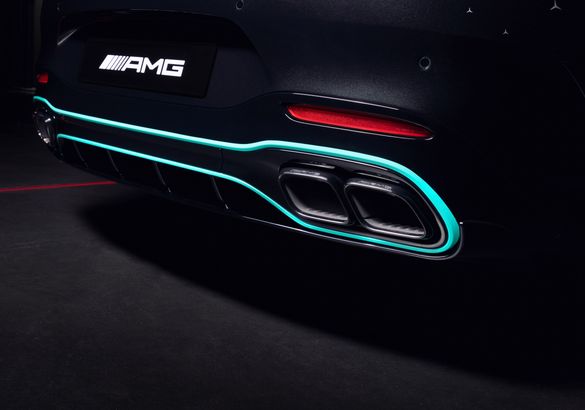 However, the Germans decided not to put carbon-ceramics on the “formula” SL 63 on a regular basis, but carbon fiber was used for interior trim and steering wheel. In this case, the AMG Track Pace option will be available to Motorsport Collectors Edition owners by default.
The interior is upholstered in a combination of black leather and Microcut suede fabric, and the color of the decorative stitching can be yellow or red (but for some reason not turquoise). The filler cap is painted in silver, as in all new special versions from AMG. 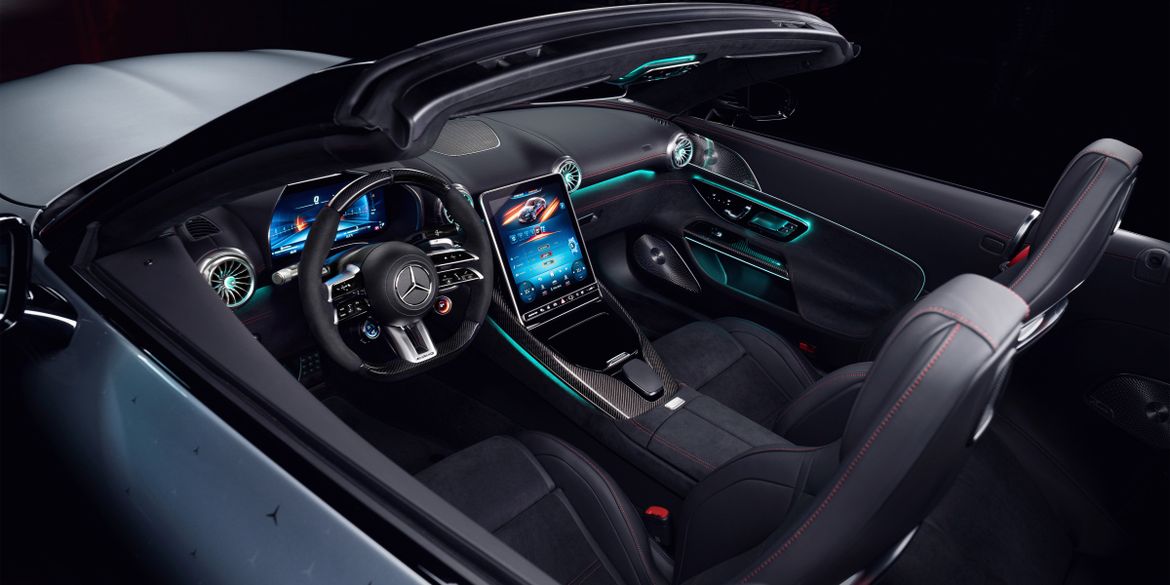 To protect against theft or evacuation, a proprietary Guard 360 alarm system is provided. Each buyer of an exclusive roadster will be presented with an individual storage case.
A total of 100 Mercedes-AMG SL 63 4Matic+ Motorsport Collectors Edition Roadsters will be built – 100 times more than the factory team won last season. By the way, AMG has two “formula” special versions. The cost has not yet been announced, but given the rich optional composition and small circulation, there is every reason to expect a price tag above 200 thousand euros. 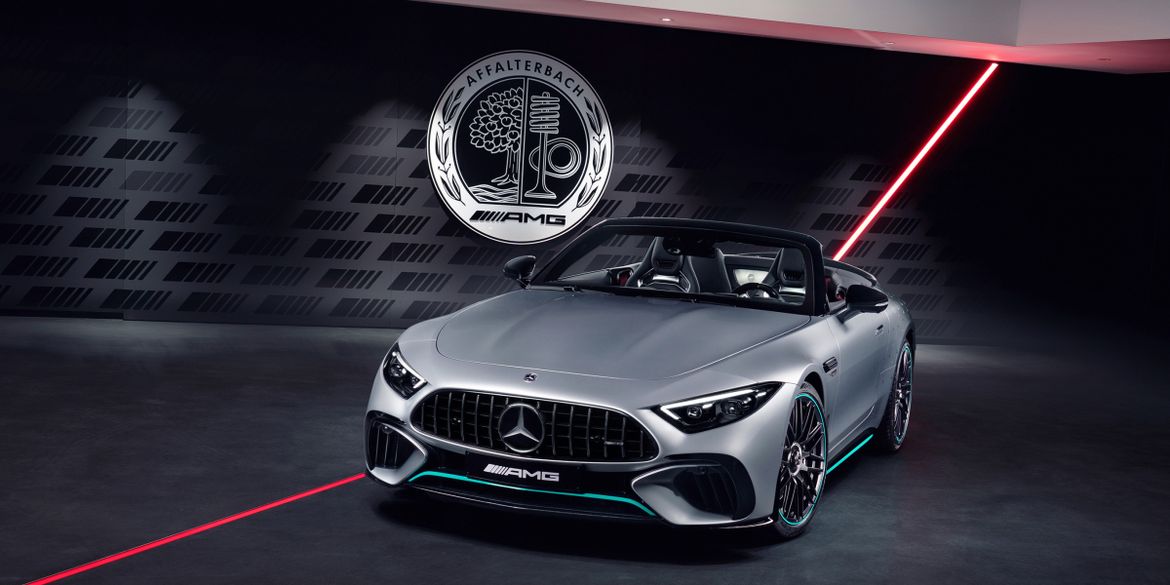