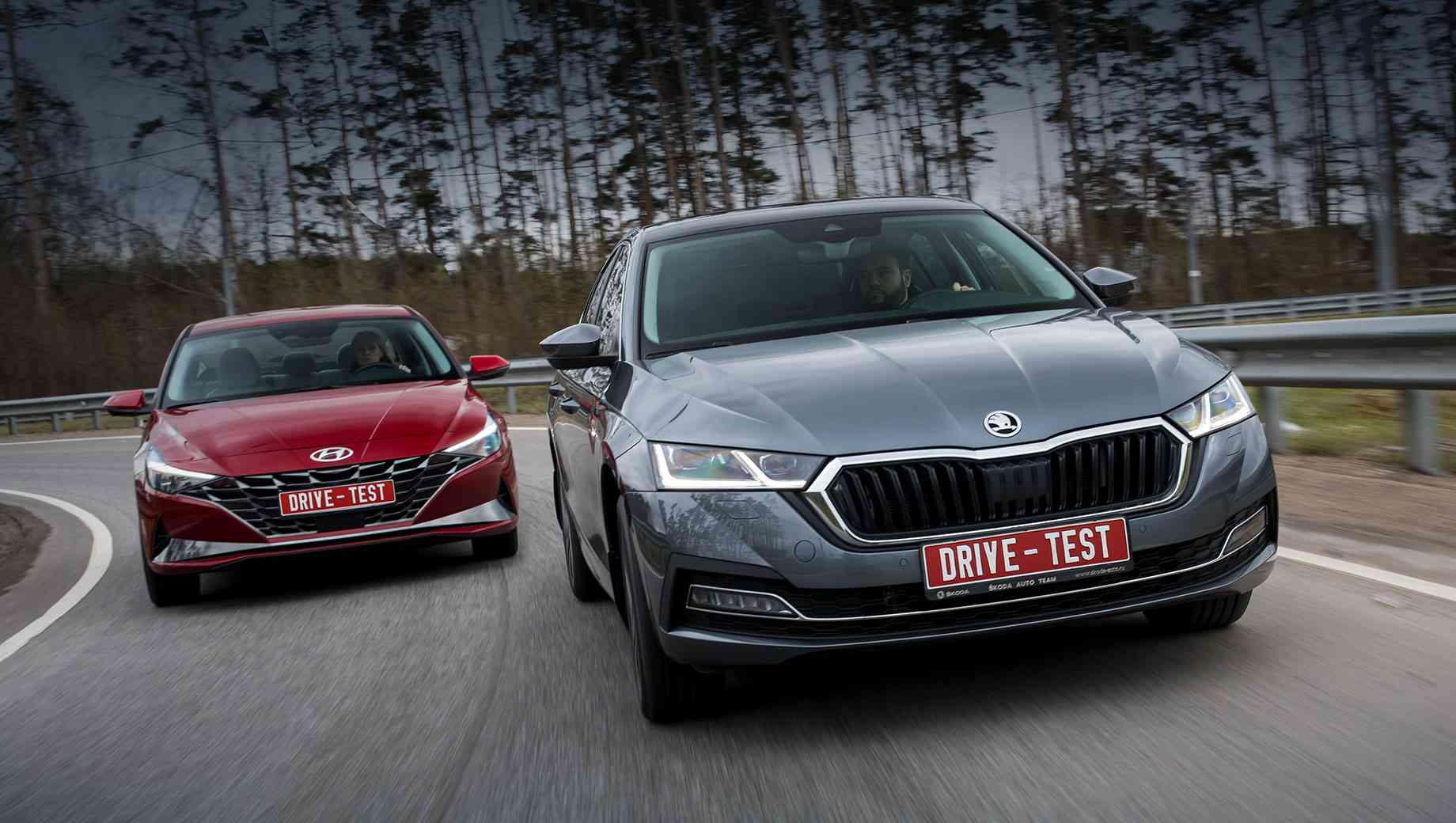 Skoda meets with the light of matrix headlights and silence inside after a solid slam of the driver’s door. I felt like I was deaf. Other senses work: there is a pleasant smell, I see a steering wheel reminiscent of the past S-class, large displays with a cute picture, alcantara on the front panel, contour lighting threads… Has Octavia gone for a promotion? But it does not go much better than its predecessor, and this stagnation is especially noticeable against the background of the progress that the Elantra demonstrates with the change of generations.

It is also not perfect, but at least it provides a higher smooth ride than Skoda. He pays less attention to the micro-profile, including thanks to the 17-inch wheels (Octavia has an inch more). It does not give up at the joints of the Third Transport Ring, and artificial irregularities can be taken by running. Objectively, there are enough vibrations — Hyundai does not ignore any average marriage — but the acceleration peaks are smoothed and do not cause irritation. However, on a broken road, the Elantra feels loose. As if its mileage is not 2500 km, but forty times more.

But Hyundai has an even bigger problem with noise insulation. Starting at low speeds, the interior is filled with the hum of tires, which progresses powerfully with the growth of the speedometer readings. And if there is rough asphalt with gravel interspersed under the wheels, then you will not envy the inhabitants of the cabin. At the same time, stones and sand drum in the arches, and if you go in rainy weather, then the water splashes loudly. The atmospheric engine also breaks down, screaming heart-rendingly from under the hood with each intense acceleration.

If you forget about the tantrums of the traffic control system in the lane, Octavia treats the ears more delicately. There is less noise from the road in the cabin, the turbo engine, which works less often at high speeds, does not bother, and the rear semi-independent suspension does not produce a low-frequency hum, as on the previous model. But it shakes on the bumps! Liftback reports on potholes with a special predilection, and on large pits, the stiffness of the suspension is about to turn into cruelty. You can ease your fate a little by abandoning the 18-inch wheels, but the chassis settings are primarily to blame for the unimportant smoothness of the course.

Nevertheless, the same miserable section where the Elantra skips, the Octavia passes more carefully. It is much tougher, but still the breed is felt in this rigidity. And I’m not shaking for nothing — the chassis can be a source of endorphin. After all, Skoda rushes along the bends of the road together, and the effort on the unclouded steering logically increases or falls. The non-switchable stabilization system is liberal and does not immediately fend off a skid after a sharp throttle cover. They keep an active pace and brakes, which are a pleasure to work with at high speed. In the city, the combination of free running and a sharp bite replacing it requires a habit.

It is possible to conduct a 150-horsepower 1.4 TSI turbo engine without problems. The traction “four” is responsive, always ready to accelerate, and when accelerating from a place, it is quite easy to overlap its own passport data by two tenths, gaining 100 km/s in 8.8 seconds according to the Reislozhik, however, with one driver. The eight-speed “automatic” also matches, which throws up the necessary gears in time, quickly and seamlessly goes down even with a slight press on the accelerator. And you will sell from the heart, “hydromechanika” descends four steps without fuss.

Elantra also has a classic “automatic”, and it develops 150 forces. But the atmospheric engine is sluggish at low revs, comes to life a little on medium and pulls convincingly at high speeds. When Octavia is not around, it seems that the Elantra is not inferior to her at the start of the floor. However, the device records 9.9 seconds in the best attempt against the passport 9.8. And when accelerating on the move, both in the city and on the highway, Hyundai is not able to compete with Skoda ― it has much more momentum (250 N•m against 191), it is achieved earlier and in a larger speed range. The convenience of traction control is also so-so: the gas pedal is damped more strongly than in the Octavia, and the six-speed gearbox works slower.

Although the Elantra is ready to move quickly ― tenacious, collected, eager to turn! The rolls are surprisingly smaller, as is the diagonal swing in turns, and there is almost no tendency to skid even with the stabilization system disabled. The car can! But the driver doesn’t want to. The viscous steering wheel is almost devoid of feedback, and the force on it is always the same.

And there are problems with the brakes traditionally for Korean cars ― they simply cannot withstand active driving with frequent decelerations. The pedal becomes softer, there is a smell of burning … But in calm mode, I liked the brakes even more than Octavia’s ― the efficiency is the same, and the braking intensity is regulated more by the force on the pedal than by the stroke.

In general, the buyers of Elantra were lucky. With such a spectacular appearance and interior, she could drive primitively, and none of the customers were bothered by this. But the engineers have achieved a good balance of the chassis. Plus, in Hyundai, the front seats are more convenient, the geometry of the landing at the back is more accurate, the visibility in the mirrors is better. Elantra is evolving! And yet, I can’t definitely advise you to buy a Hyundai. The Koreans did not report too much noise insulation to the car and went too far with economy. The hood without gas stops, cheap finishing materials, the back of the driver’s seat without a pocket ― an incomplete list of annoying things.

Octavia has a crisis of self-determination. This is almost the most family car in the class. It is more convenient to get in and out of Skoda, it has a more spacious interior. It’s even awkward to talk about the trunk ― a different level of convenience and capacity. But why does the rigidity and noise of the Octavia resemble a Cayman on 18-inch wheels? According to the editor-in-chief, it’s easy to imagine driving a cheap Porsche while driving Octavia in a straight line. Where is the logic here? Moreover, the work in the direction of comfort was clearly carried out: at low speeds, the shock absorbers work more delicately than before, the passage of artificial irregularities is accompanied by a swing. But with the general degree of sports, it’s still too much.

As in the case of Elantra, I would not categorically recommend Octavia, but within the framework of our comparative test, she looks preferable. It is difficult to ignore not only the unattainable convenience and practicality, but also a higher sense of quality, noticeably better sound insulation, a more pleasant power unit and handling. The Czech liftback is simply more technologically advanced than the Korean counterpart. And the Czechs can also tighten the smoothness of the course. Comfortable Karoq will not let you lie. 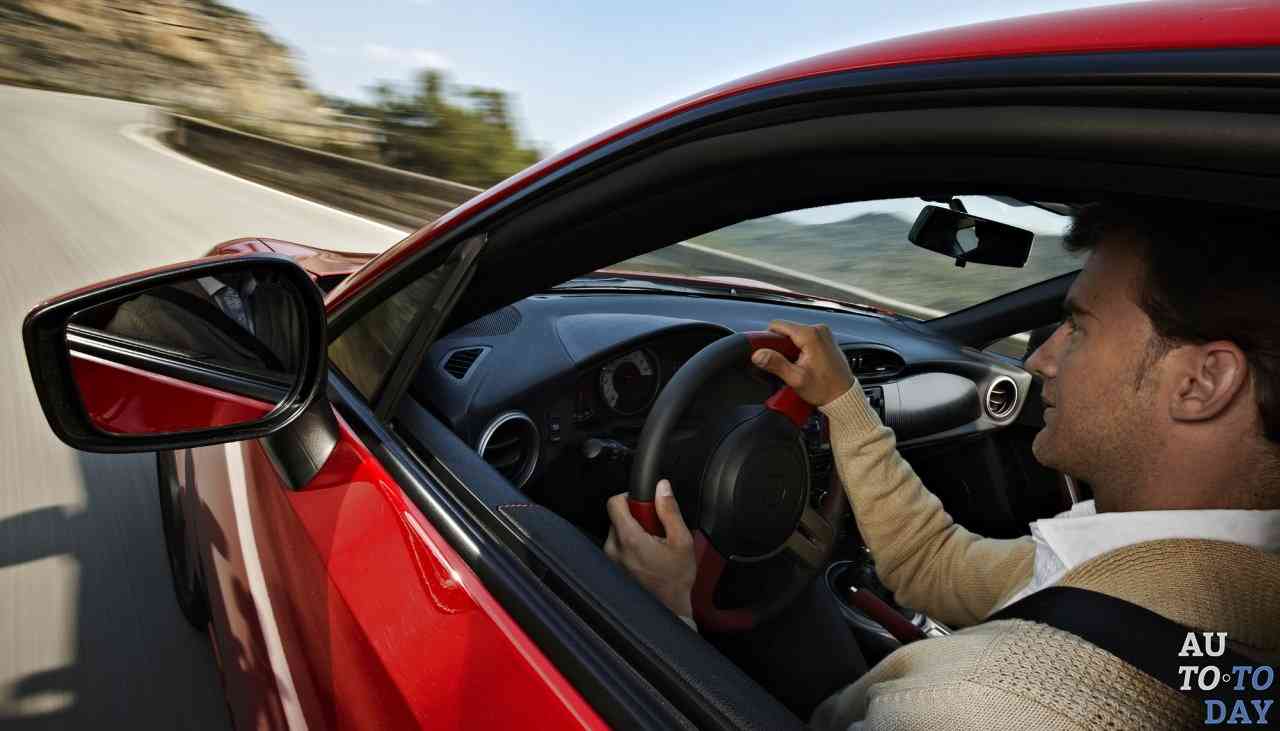 What is a test drive of a car and how to conduct it correctly? The route, preparation, and features