The new Honda Pilot will increase the brutality and patency

The new Honda Pilot will increase the brutality and patency
40
0
(0 voices, on average: 0 out of 5)
Honda has released the first (almost mocking) image of the fourth-generation Pilot large crossover. The premiere will take place this year.

And even in this photo, the future Pilot is pasted over with camouflage film. However, the shooting location was chosen with intent: the Japanese say that the new model will be the most enduring and “all-terrain” crossover in the history of the brand.
At the same time, we are talking about a car with an optional TrailSport package – Honda once released its “off-road” package in response to the Subarovsky Wilderness.
But on the “Pilot” of the third generation, he adds to the equipment only black decor instead of chrome and 18-inch wheels on more tenacious rubber, while Subaru offers other springs and shock absorbers, additional bottom protection and even a “shorter” main pair, coupled with reconfigured all-wheel drive system.
Apparently, the new Pilot TrailSport will receive a reinforced suspension with increased ground clearance and off-road tires, but other improvements are not excluded.
The front of the “Pilot” will be made in a new corporate style, which will be tried on by the future CR-V. From the common – a hexagonal radiator grille with large “honeycombs” and compact LED head optics modules. Even the mirror housings will become less “sleek” than they are now.

Third generation Honda Pilot with TrailSport package
According to preliminary information, downsizing of the power unit is not planned. Pilot will retain a naturally aspirated 3.5-liter V6 under the hood, which will be equipped with an automatic transmission (a 9-speed automatic transmission from ZF is installed on the current generation cars). For sure, the basic versions will remain front-wheel drive, and for a surcharge (now it is 2 thousand dollars), an all-wheel drive i-VTM4 transmission with a rear axle coupling will be offered. 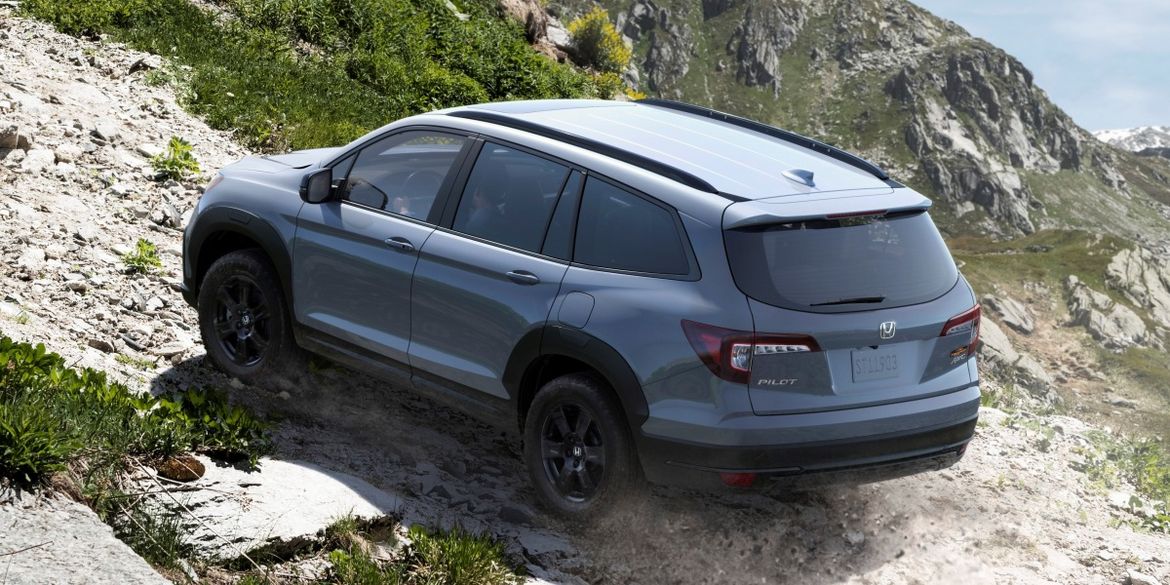 The premiere of the new generation Honda Pilot will take place at the end of 2022, and already at the beginning of next year, crossovers will begin to arrive at dealers. The company’s plant in Alabama will continue to assemble the model. The third-generation Pilot starts at $38,000 in the US, while the TrailSport version is available for $44,800.

The Germans told how they assemble the Mercedes-AMG One hypercar