The Germans told how they assemble the Mercedes-AMG One hypercar

The Germans told how they assemble the Mercedes-AMG One hypercar
150
0
(0 voices, on average: 0 out of 5)
At the factory production of the Mercedes-AMG One hybrid supercar began in Coventry, the adaptation of which to public roads had to wait for five whole years. Today, Mercedes described in detail the production process – from carbon blanks to loading the car onto an auto transporter.

We have already talked about the AMG One itself. In short, this is a road version of Lewis Hamilton’s W06 Hybrid formula car, only two-seater and with a roof (there is ABS, a multimedia system and power windows). The V6 engine with a volume of only 1.6 liters is assisted by four electric motors at once, while one of them is needed only in order to avoid turbo lag (boost pressure is 3.5 bar).
The internal combustion engine is inscribed in the Euro-6 standards and spins up to 11 thousand rpm, and is also inscribed in the supporting structure of the body: the rear suspension arms are attached directly to the crankcase. The car turned out to be too heavy (1695 kg), so the record dynamics did not work out: 100 km / h in 2.9 s., 200 km / h in 7 s. Maximum speed – 352 km / h.
Reception of orders started in 2017, and the entire quota of 275 hypercars at a price of 2.75 million euros apiece was sold out by customers back then. It is known that among them are ex-formula pilots David Coulthard and Nico Rosberg, Romanian tennis legend of the 70s Ion Ciriac and Hollywood actor Mark Wahlberg.
And now the assembly of the first machines has begun at the Coventry plant. First, a monocoque is molded from carbon fiber, on which body panels and a roof are then installed. Workers – each AMG One is assembled by a team of more than fifty people – check the gaps and, if necessary, make additional adjustments. When setting the gaps, you must also take into account the thickness of the paint layer: after fitting, the parts are removed from the frame and sent to the paint shop.

The power plant (it includes an internal combustion engine, a traction battery and four electric motors) is supplied by the Mercedes-AMG Petronas Motorsport team plant in Brixworth. There it is pre-tested in various modes on a special stand. The Germans claim that the procedure is no different from checking the engine for a Formula 1 car. 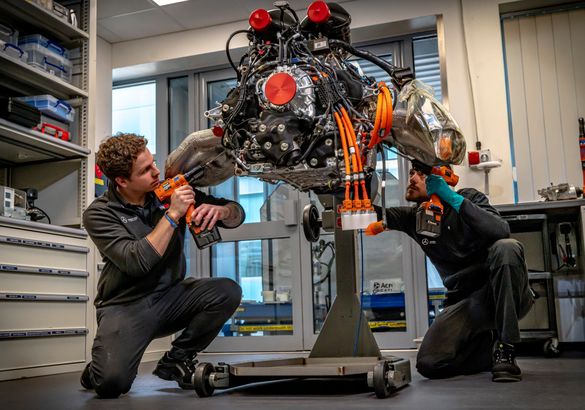 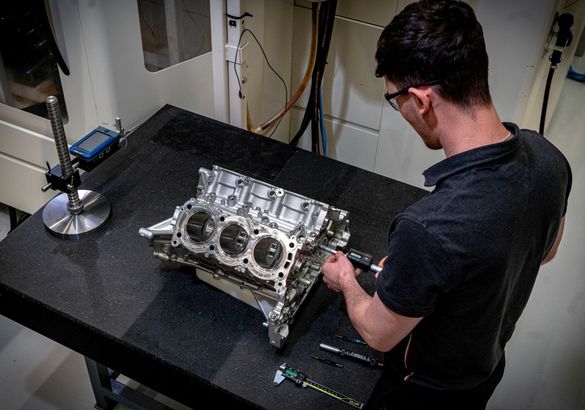 After checking the power plant and painting the body panels, the workers of the Coventry plant proceed to the final assembly. Even before the body panels are reassembled, the interior is assembled, and only then the roof, doors and fenders are reinstalled on the AMG One. The last on the still wheelless hypercar are the front and rear fairings. 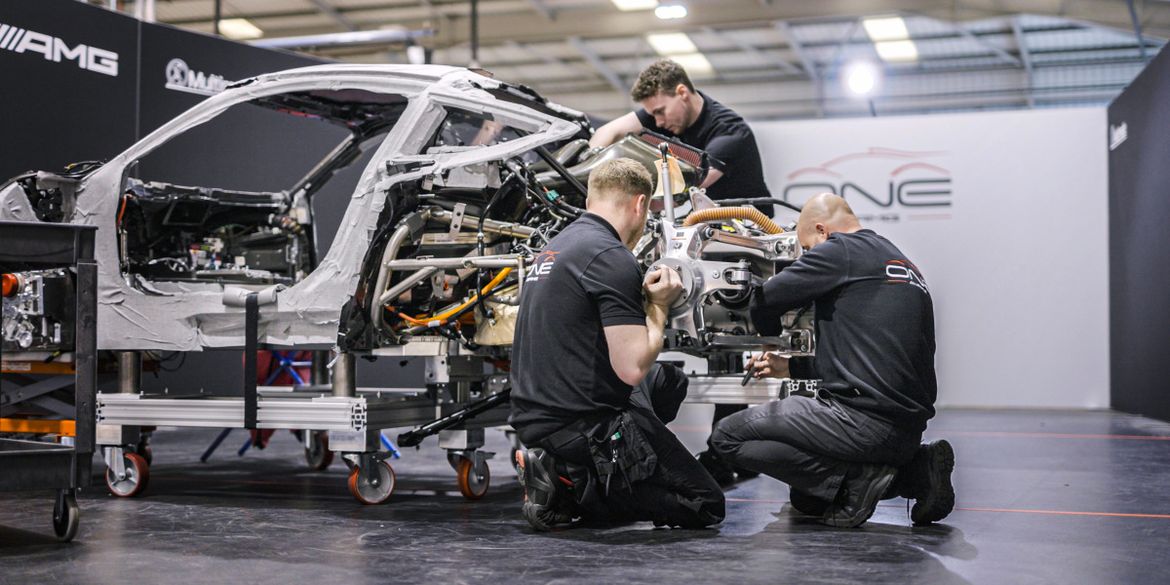 The final stage of assembly includes the installation of wheels (they are magnesium on the AMG One, with a diameter of 19 inches in front and 20 inches in the rear), optics and floor panels. Then the car is first handed over to dynamometers, who simulate all kinds of road conditions and operating modes on the stand, and then they are driven to a vibration stand, where sound insulation and driving comfort are checked. 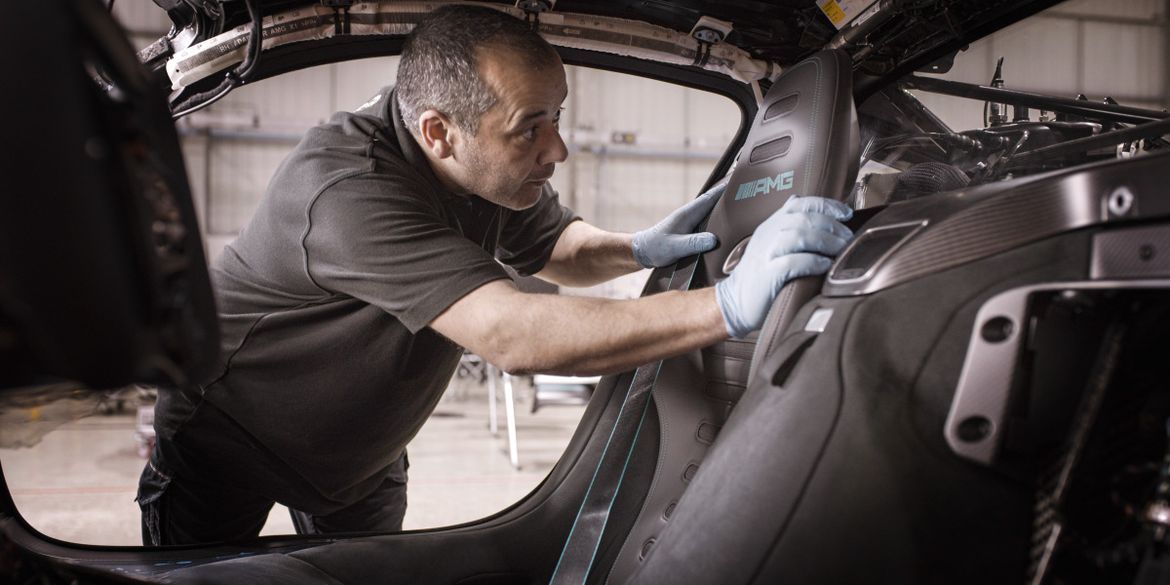 Before leaving the territory of the assembly shop, the hypercar goes through two final stages of verification. First, the car is driven into a sprinkling chamber to check the tightness of the interior, and then into a chamber with bright spotlights for a final check of the quality of painting of all surfaces of the body. 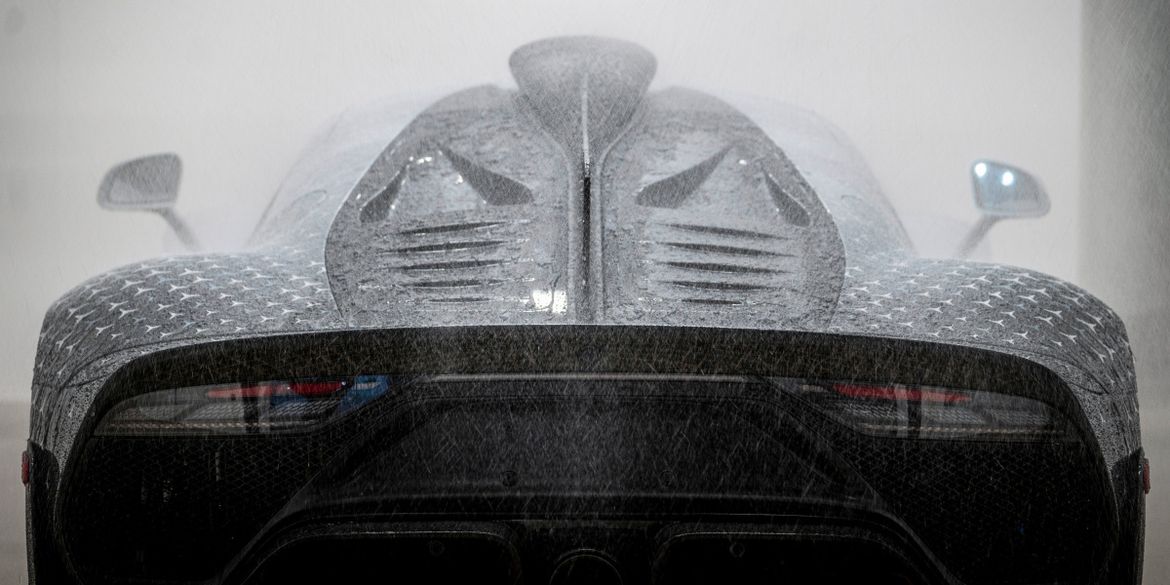 Before being loaded onto a car transporter, the hypercar is handed over to a test driver who makes a few laps around the track to make sure all systems work as they should. And only after that, the AMG One is packed in a protective case and sent in a closed body to Affalterbach. Customers will pick up their cars already in Germany. 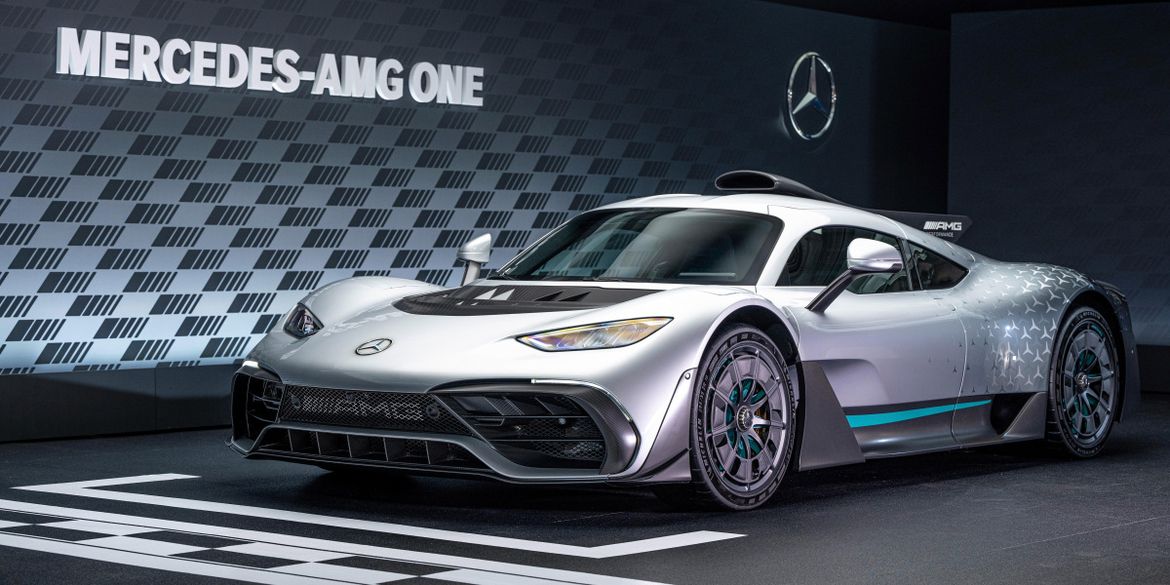 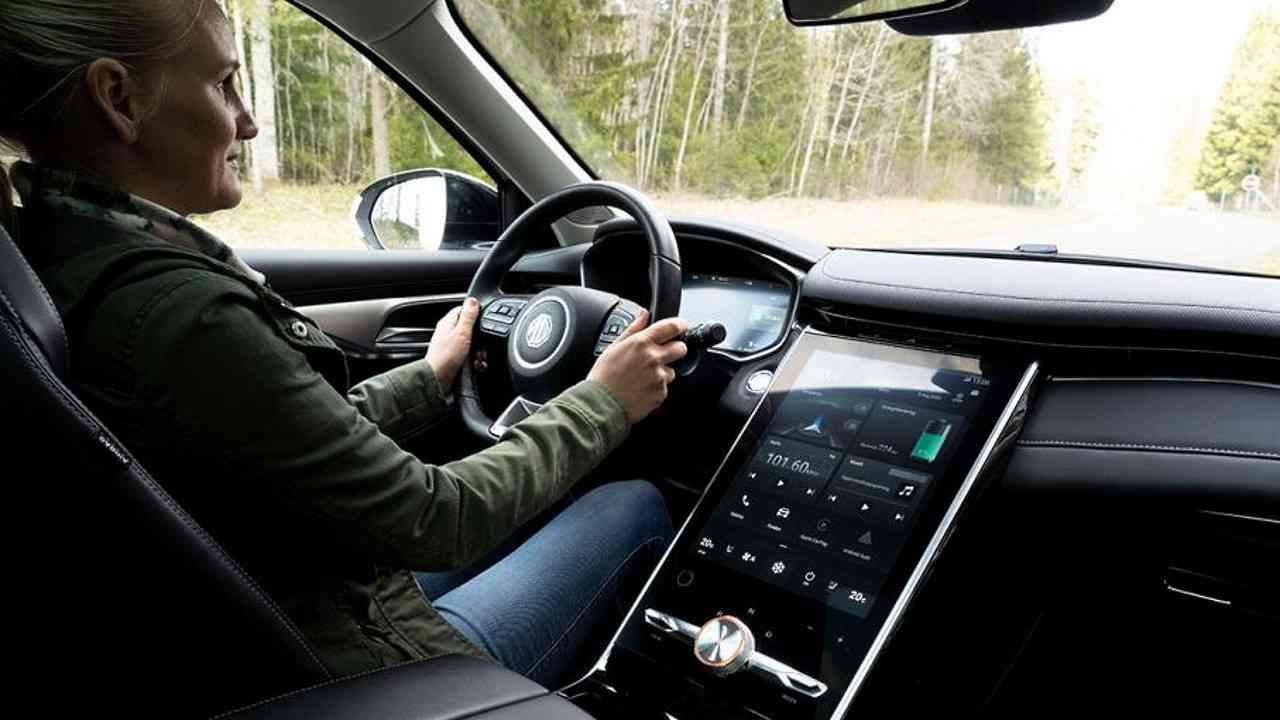 The new Honda Pilot will increase the brutality and patency