The second generation of the BMW 3.0 CSL will be released in fifty copies
62
0
(0 voices, on average: 0 out of 5)
In honor of the 50th anniversary of the M division, another modification of the BMW M4 with the CSL index was released – even more powerful and 20 times more exclusive.

BMW already had one “anniversary M-car” in honor of the half-century anniversary of the sports division. Introduced in May of this year, the M4 CSL was designed to be the fastest production BMW on the Nürburgring: a 550-horsepower engine coupled with an “automatic”, a modified suspension and the abandonment of all-wheel drive for the sake of weight reduction.
The new 3.0 CSL is also based on the M4, but the idea of ​​building a “21st Century Batmobile” takes precedence over everything else. Moreover, the new CSL will be even rarer: the Bavarians plan to produce only fifty cars against 168 original 3.0 CSLs assembled between 1973 and 1975.

The first thing that catches the eye is the reduced “nostrils” of the radiator grille with a black mesh, but the scale of visual improvements is much wider. The new 3.0 CSL has a newly molded carbon fiber body kit (it mounts on top of the standard body), which includes arches, a hood, a trunk (the license plate is now mounted lower on the bumper) and two rear wings – on the edge of the trunk and on the roof. Most of the carbon fiber components have to be molded by hand (this is done by divisions in Munich and Landshut), so the production of the entire batch of 3.0 CSL at the factory in Dingolfing will take three months. 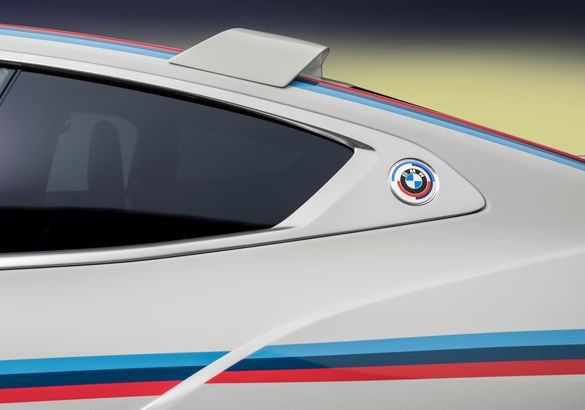 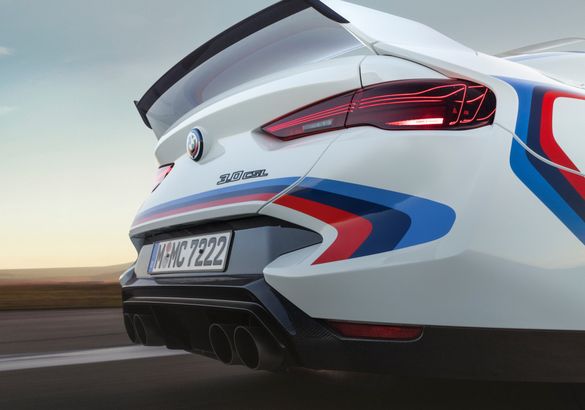 The enlarged wheel arches made it possible to accommodate larger forged wheels with a central hub, painted in gold, – 20-inch front and 21-inch rear. The Michelin Pilot Sport 4 S tires with the number “50” on the sidewall for the sports car were developed separately. The 3.0 CSL has large carbon-ceramic brakes with red calipers. Up front are 400mm discs and six-piston mechanisms, and at the rear are 380mm discs and single-piston calipers. The list of standard equipment also includes an adaptive air suspension and a rear self-locking differential.
The branded livery (also applied by hand) with M GmbH colors and the number “50” also refers to BMW’s racing heritage, and at the base of the C-pillar under the “Hofmeister bend” is the brand’s logo – exactly like the BMW E9, on the basis of which it is based the most CSL. And in the front bumper there are two round cutouts, although they were not so large in the original 3.0 CSL. The optics with yellow angel eyes and light filaments in the taillights are inherited from the recent M4 CSL. 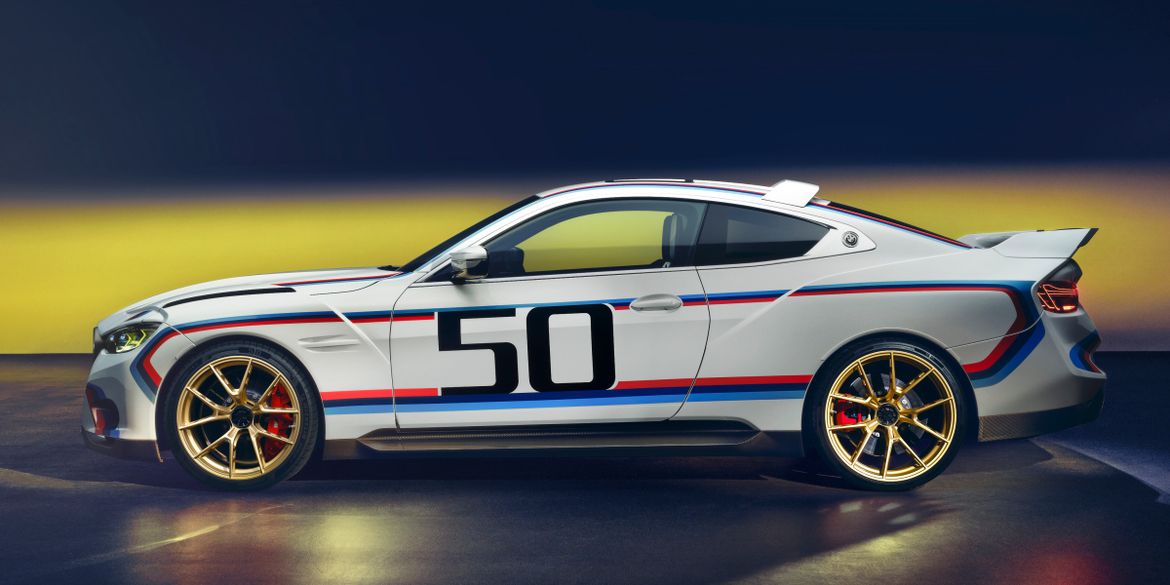 It is also the most powerful six-cylinder BMW ever produced in series. The 3.0-liter “biturbo” S58 with modified lubrication and cooling systems already produces 560 hp. With. (versus 550 for the M4 CSL), although the torque (550 Nm) is the same as for the base M4 with “mechanics”. That’s right: the new 3.0 CSL is rear-wheel drive and features a six-speed manual gearbox with an electronic crankshaft speed-matching system for gear shifts (it can be turned off). 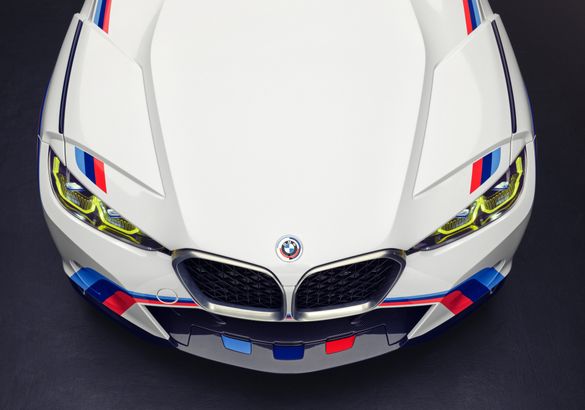 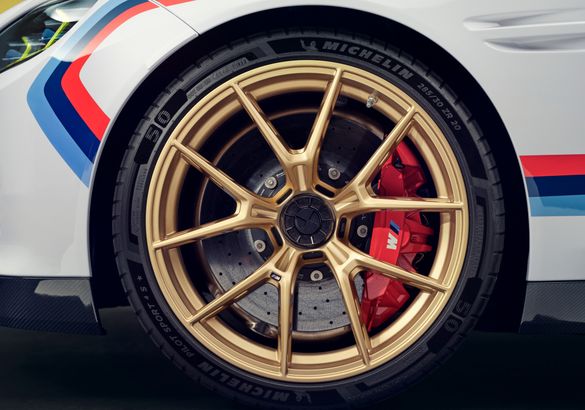 Dynamic characteristics have not yet been indicated, but the mass is known with an energy-to-weight ratio of 2.9 kg per horsepower, it is 1624 kg – exactly like the M4 CSL. The use of lighter “mechanics” is compensated by a large carbon-fiber body kit, but other tricks are standard: the rejection of the rear sofa (there is now a mesh for storing helmets), a forged aluminum crankshaft, carbon bucket seats (the seating height and back tilt will have to be adjusted with a screwdriver), partially remote noise isolation and a titanium exhaust system that is 4.3 kg lighter than a conventional steel one. 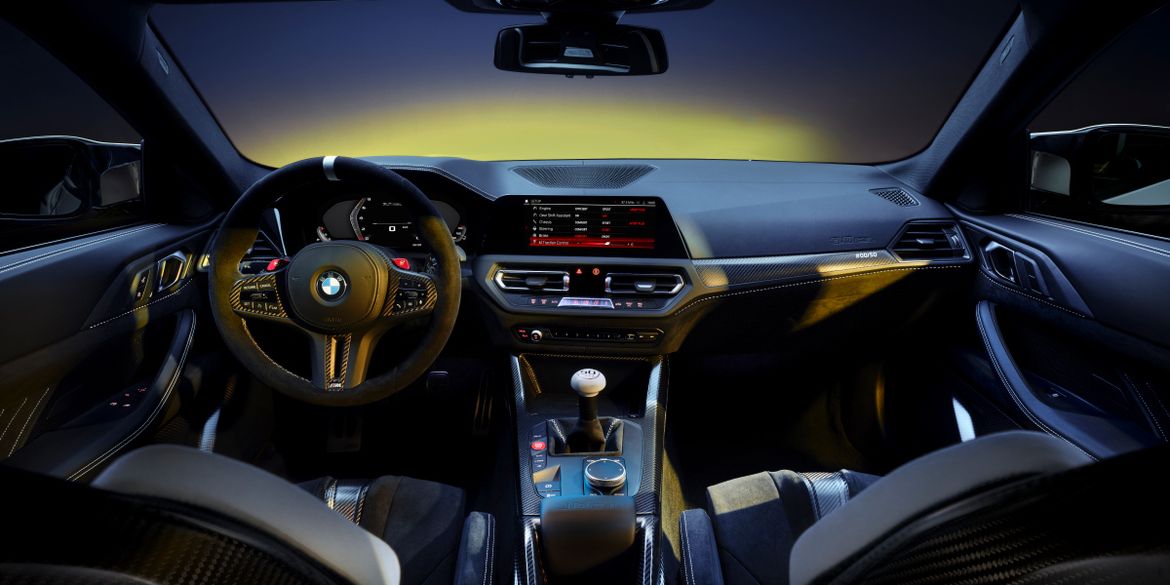 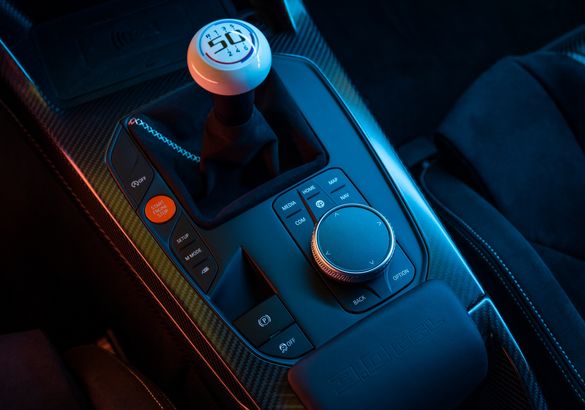 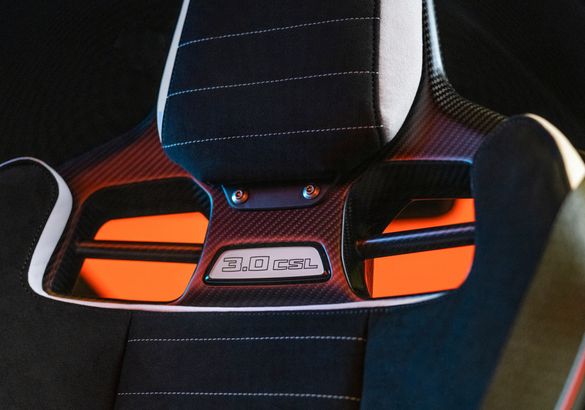 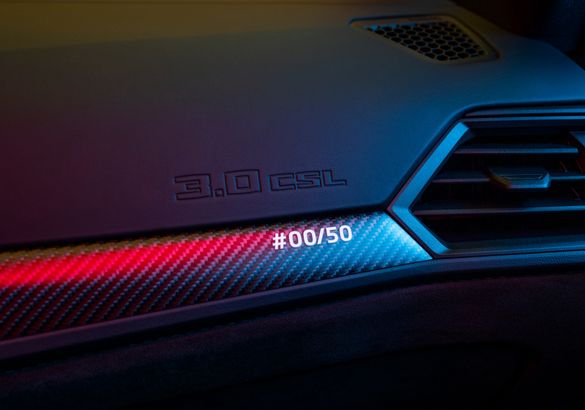 Inside, there is an abundance of Alcantara, matte carbon inlays, a white gear knob and logos with the model name. The serial number of the machine is marked on the front panel.
The new 3.0 CSL will not only be the most powerful six-cylinder BMW, but also the most expensive. An original Batmobile in good condition can be found for $100,000 (museum items are worth 2-2.5 times more), but the price of an exclusive 3.0 CSL is rumored to start at $700,000 – that is, for the price new CSL you buy three old ones. 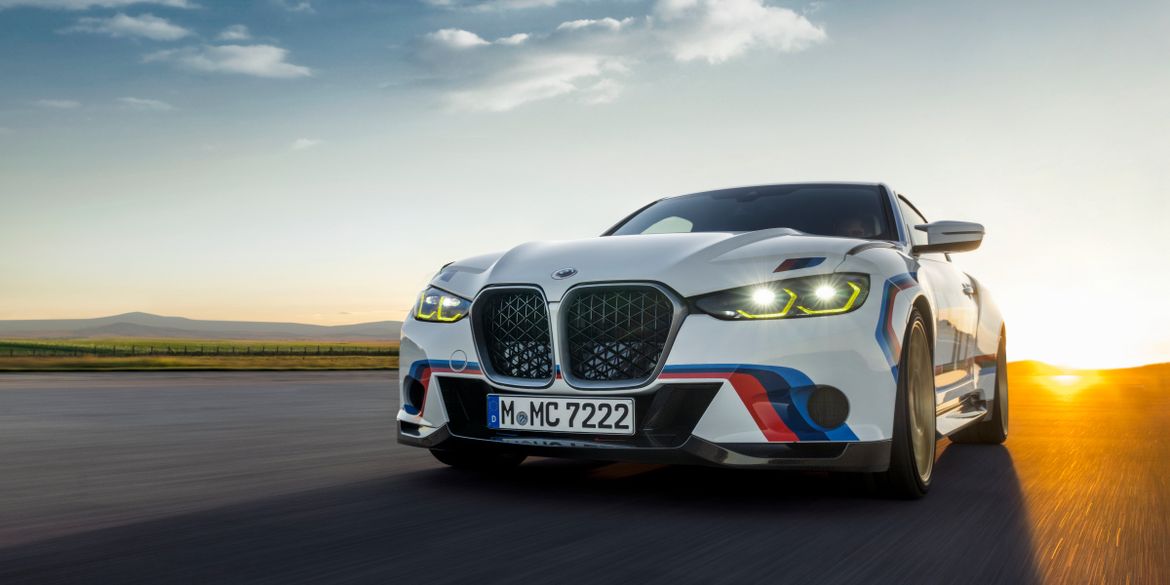