The new Polestar 3 electric crossover will compete with Cayenne

The new Polestar 3 electric crossover will compete with Cayenne
45
0
(0 voices, on average: 0 out of 5)
Polestar, Volvo’s electric brand, has unveiled its third model, set to compete with the Porsche Cayenne in the world’s biggest markets.

It is the “troika”, apparently, that should become the most massive Polestar. After all, this is not only the first crossover of a young brand, but also the first model, which, in addition to China, will be assembled in the United States. Earlier, the head of the company, Thomas Ingenlath, said that the main market for the Polestar 3 will be the American one, and the Porsche Cayenne was called the main benchmark and competitor.
The machine is built on the SEA1 platform (Sustainable Experience Architecture) of the Geely concern. The closest relative of the Polestar 3 is the Zeekr 001 liftback, and next year the premiere of the Lotus Eletre crossover on the same platform will take place. The front suspension is on double wishbones, a “multi-link” is installed at the rear. The machine is standardly equipped with two-chamber air springs and adaptive shock absorbers ZF. Brembo brakes are installed: four-piston and 400 mm discs at the front, single-piston with 390 mm discs at the rear. 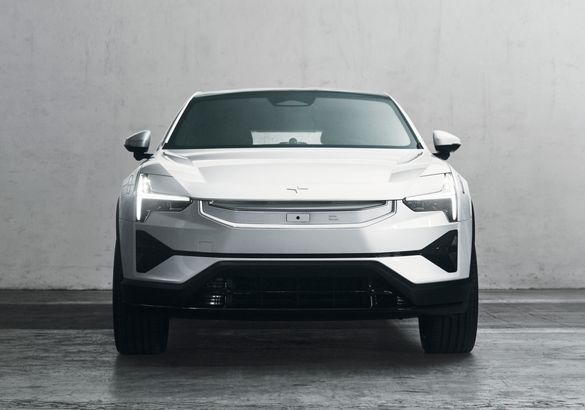 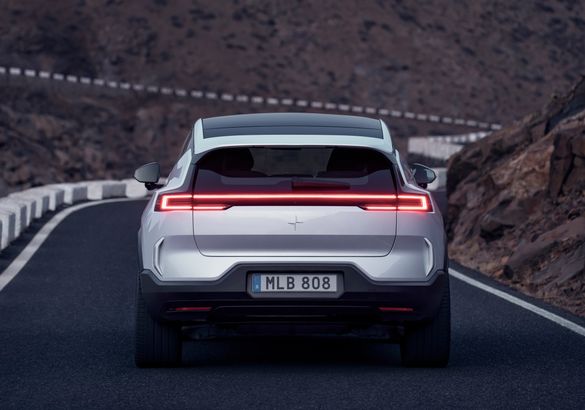 The body is made of steel, so the curb weight reaches an impressive 2584 kg – this is 599 more than the base “Cayenne”! But the Polestar’s drag coefficient Cd is better (0.29 versus 0.34), including due to unusual solutions like a front diffuser on the front trunk lid, under which the oncoming wind passes. And the weight distribution along the axes is ideal – 50:50. 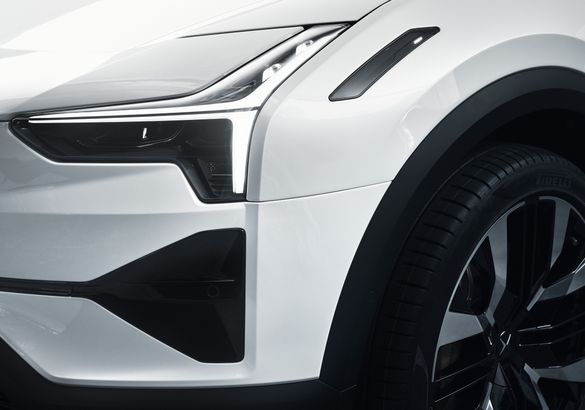 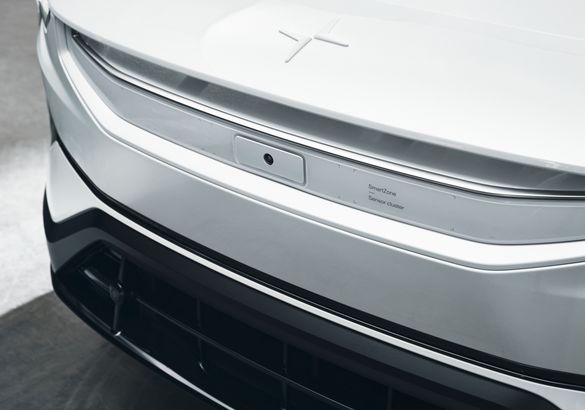 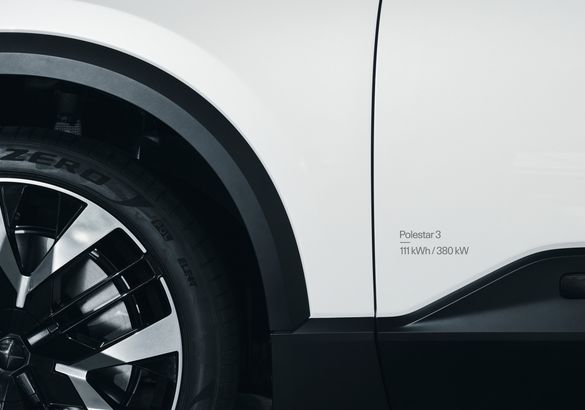 The Polestar 3 has two electric motors, their peak output is 360 kW (489 hp) and 840 Nm. The lithium-ion traction battery operates at 400 volts, but the capacity is a record for electric vehicles of European brands: 111 kWh. The Polestar 3 is claimed to be able to cover up to 610 km on a single charge, but the company will not publish exact numbers until next year, when sales begin. The battery can be used to charge other vehicles or as an uninterruptible power supply. 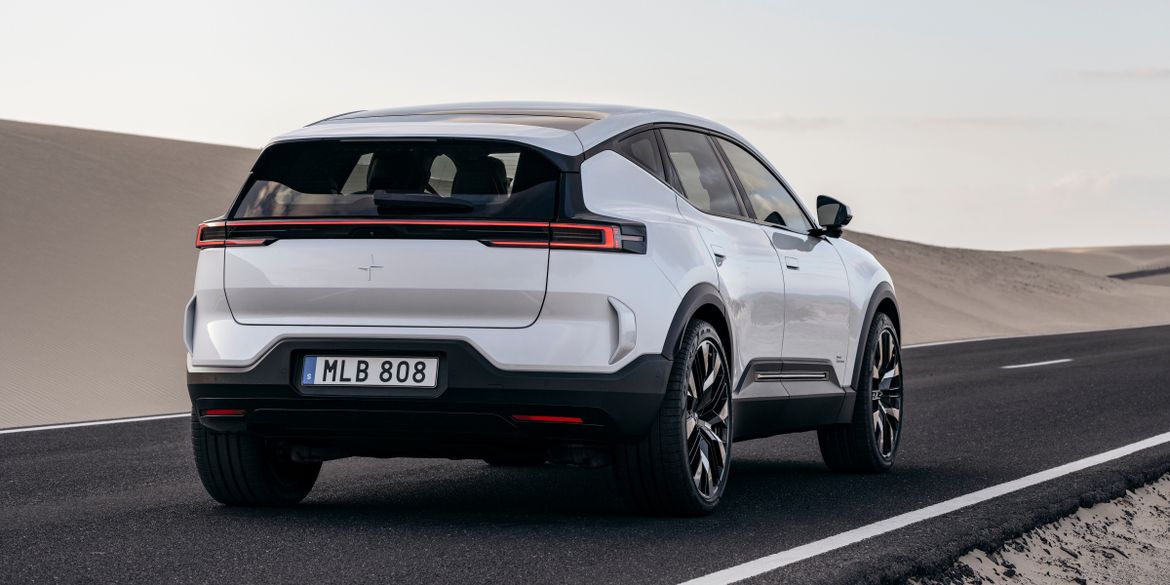 The front electric motor is connected to the wheels through a single-stage gearbox and differential, and for the rear axle a solution from BorgWarner was used – the distribution of traction between the wheels occurs due to the blocking of the onboard clutches. To conserve battery power, the system can disable the rear electric motor in certain situations.
The acceleration dynamics of the Polestar is identical to those of the Cayenne S: the electric car picks up 100 km/h from a standstill in 5.0 seconds. For a surcharge of 6.6 thousand euros, it will be possible to order a Performance package, with which the peak output of electric motors will increase to 380 kW (517 hp) and 910 Nm, and acceleration to “hundreds” will be reduced to 4.7 s. But the top speed is not impressive by Porsche standards – the limiter is set at around 210 km / h. 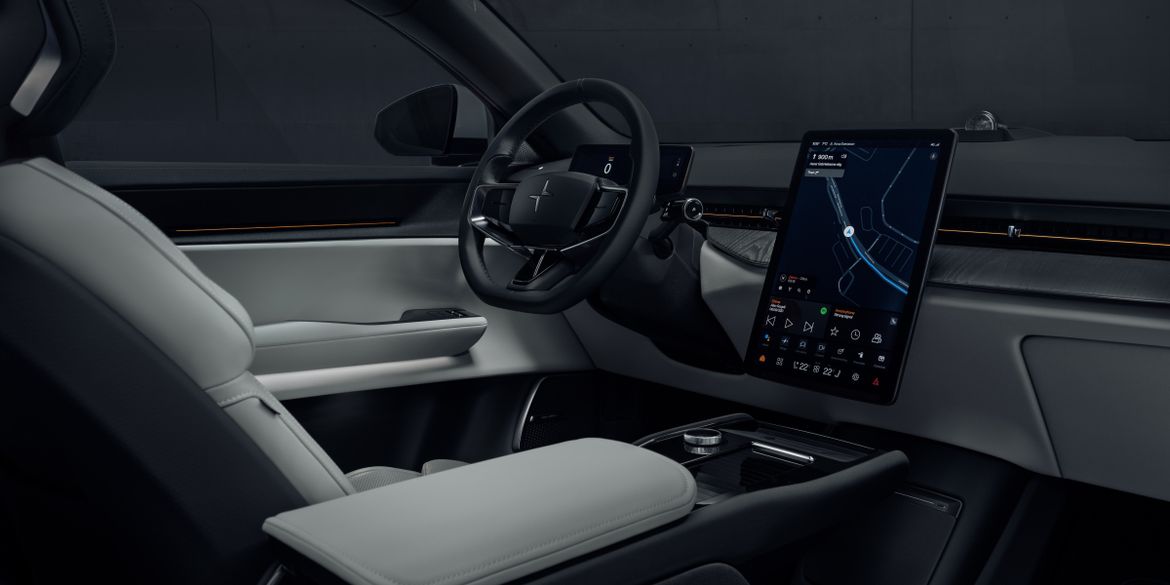 There are practically no hardware keys in the cabin. Wool, faux leather and MicroTech branded fabric will be offered for upholstery. Control of all functions is “hidden” in a 14.5-inch vertical display with an Nvidia GPU. The multimedia system developed by the California company Qualcomm can be updated “over the air”, and in the second quarter of 2023, an advanced autopilot with a front lidar from Luminar, three additional cameras and four radars will become available for order. 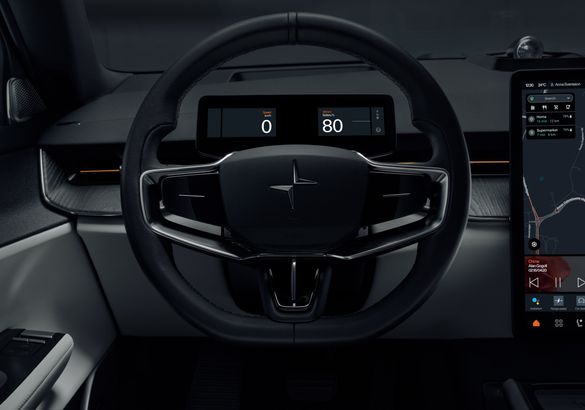 Already, the Polestar 3 is equipped with five cameras, five radars and twelve external ultrasonic sensors, and two more cameras, complete with radars, are designed to monitor the situation in the cabin. If the driver falls asleep or loses consciousness, the electronics itself will stop the car at the curb. If there are children or animals in the closed car, the car will recognize them using ultra-sensitive sensors and warn the driver. In parallel, the system will turn on the air conditioning system to maintain a comfortable temperature. 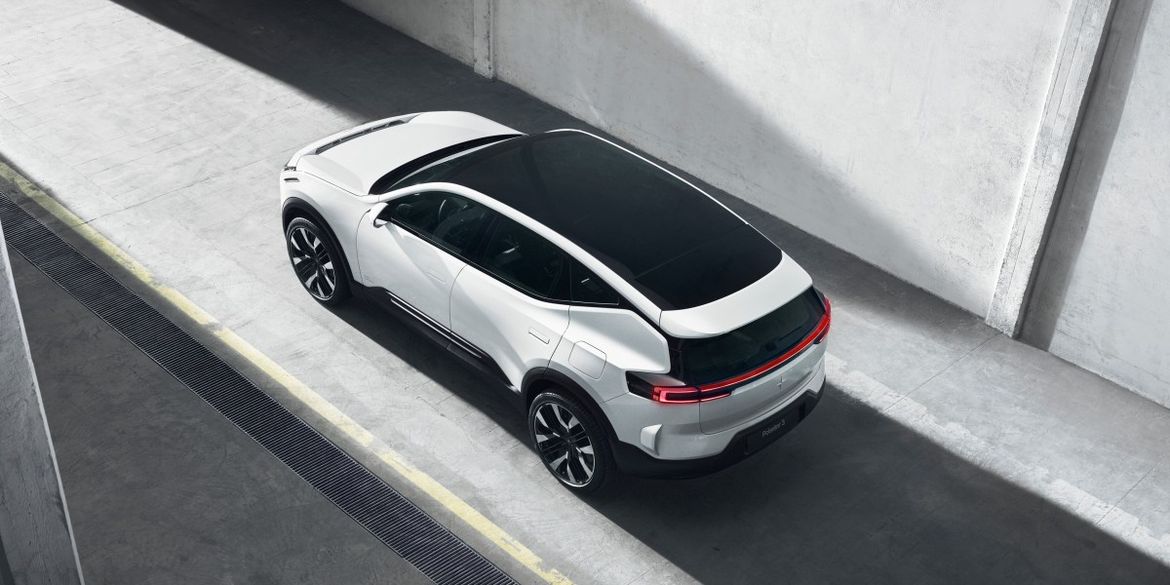 The Polestar 3 will debut with a rich Long range Dual motor package, which will include 21-inch wheels (R22 for the Performance version), a panoramic roof, a 25-speaker Bowers & Wilkins audio system, door closers, a head-up display and a wide range of electronic assistants. Such an electric car is estimated at 89.9 thousand euros (96.5 thousand euros with the Performance package). For comparison, the base Cayenne in Germany is 7 thousand euros less, but the S-version of the popular crossover already costs at least 101.5 thousand euros. And that’s without options. 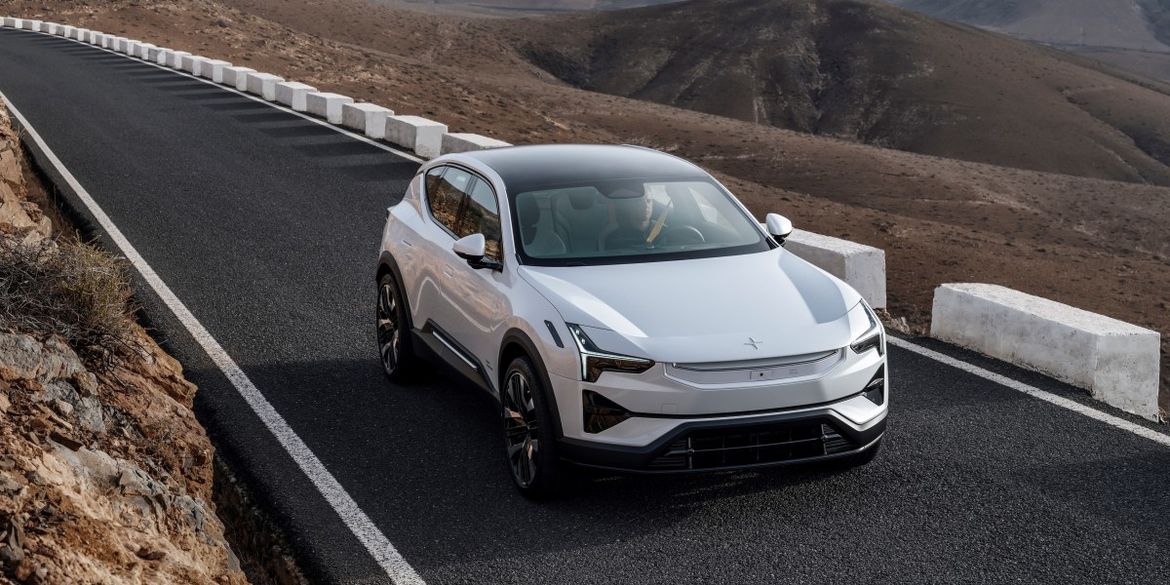 The assembly of the electric crossover at the Volvo plant in Chengdu (PRC) will begin in mid-2023, and the first customers will receive the cars in the fourth quarter of next year. From mid-2024, the Polestar 3 will be on the assembly line at the Ridgeville, South Carolina plant. American-assembled cars will completely replace those imported from China on the local market, and will also be delivered to other countries.

The first bodies of Lada Vesta were welded in Tolyatti