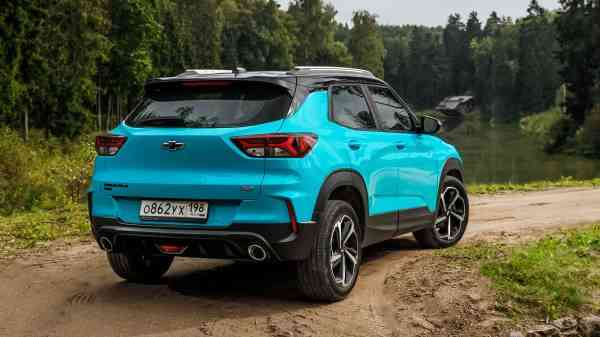 The new Chevrolet Trailblazer compact crossover is not connected in any way with the same-named suv, produced before 2010, nor with its successor, sold in Latin America, Southeast Asia and the Middle East. A kid with Chinese roots traces its history back to the Buick Encore car presented in Shanghai 2019. A new chapter, a new concept. A new consumer, ready to come to terms with a modest three-cylinder engine equipped with a simple turbocharger.
Before coming to Russia, Trailblazer managed to light up in the US market, at first even with two turbotrokes, one more modest than the other. But version 1.2 with a capacity of 139 hp did not go. Today, only the 150-horsepower 1.3 modification, developing 236 Nm, comes off the assembly line in South Korea, where the crossover is produced, including for Russia. The front-wheel drive version is equipped with a variator and a rear torsion beam. In the transmission with a plug-in second axle, the Hydra-Matic 9T45 “automatic” is involved, and the semi-independent suspension is supplemented with a Watt mechanism, like the last Asters of the Djem era (see “Technique”).

For the 600-kilometer run from Magnitogorsk to Ufa, GM’s Russian office has prepared four-wheel drive top versions: Activ and RS for 2,447,000 rubles. One seems to be for an active country holiday, the second is positioned as more sporty. But they differ only in internal and external decor and wheels of different sizes. Trailblazer looked good on branded photos in the vicinity of the Grand Canyon, but it looks even better live. There is no escaping comparisons with Creta, but I agree with those who see Camaro in optional LED optics.

The interior is nicer in photos than in real life. The assembly flaws are not noticeable in the illustrations: you can’t see how the chrome climate control adjustment rings play, you can’t hear the creaking of the rear sofa heating keys.… There’s a lot of hard plastic in the contact points. But the ergonomics is not bad, you quickly get used to the location of the buttons. The dashboard with a small screen between the classic scales is easy to perceive. The graphics on the eight-inch display of the media center are simple, but the touchscreen responds promptly to touch, and Apple CarPlay and Android Auto are supported for friendship with smartphones.

By the standards of the height class in abundance – even in a hat come in. And you can go back in cowboy boots. In the sense that the feet easily fit under the front seat. However, the comfort of the sofa occupants’ knees depends on the driver’s height. I rest heavily on the back of the seat adjusted to my 187 cm. It’s good that there is an armrest and heating. The trunk pleases with the correct geometry and a smooth two-level raised floor. Only for some reason the curtain is attributed to dealer accessories

There are other oddities of equipment. Even in the top-end configuration with all the additional packages, you will not find a heated windshield or a rest area of the wipers. All hope for a kilowatt heater. The electric drives of the chair, including the lumbar support, and the automatic mode of the electric window lifter are provided only to the driver. The second row is devoid of central air deflectors, the temperature at the back is not regulated.

The transmission lever is in “drive”, the right pedal is on the floor, and let’s go! Not so immediately: the selector flies along the straight groove into the lowered mode. Correcting myself. The turbo engine responds vividly to the accelerator, but with the declared “shelf” of maximum torque from 1600 to 4000 rpm, it noticeably picks up only around three thousand.
In fairness, the tachometer needle gets there quickly, and in the urban flow Trailblazer does not give a reason to remember about the engine volume and the number of cylinders. The gearbox, operating in a single mode, is configured intelligently. Yes, she is characterized by a slight melancholy, when the situation requires quickly dropping a few steps down, but these pauses do not cause me concern.

When leaving the highway, the fuse disappears, and after 90-100 km/h, the engine switches to on-off mode. There is no question of any dosing of traction: during a long trip along the highway, the gas pedal is imprinted into the engine shield, and the tachometer needle constantly sticks out in the range of 4500-6000 revolutions.

We must pay tribute to the sound insulation: even under load, the buzzing of the turbotroika does not annoy. At low revs, it is generally quiet, and vibrations are not felt. The main source of low noise is wheel arches. On the second row, a hum from the trunk is added, and the exhaust is blowing at full throttle. In general, extraneous sounds do not interfere with communicating in the cabin without raising your voice.

The crossover swallows little things like cracks, but more serious obstacles lead to noticeable vibrations of unsprung masses on the steering wheel. With the deterioration of the quality of the road, the itching also increases, moving to the body. Bumping into an illogical large bump, the crossover shakes the occupants of the cabin and luggage. However, even falling into a cruel pit at speed does not bring shock absorbers equipped with hydraulic rebound buffers to a shock circuit.

Chevy is stable on a long wave and is not afraid of turns. Allows small rolls, without annoying repeated fluctuations of the body after rearrangement. Alas, Trailblazer is reluctant to share information about tire reserves with the driver, and in the near-zero position, the steering wheel is frankly empty. As the angle increases, the force increases, but its change needs to be made more logical in order to improve the understanding of the driver with the car.

The Continental UltraContact UC6 225/55 R18 tires make the Trailblazer RS a little denser and more assembled. Activ, shod in Hankook Ventus S1 Evo 2 SUV 226/60 R17, is expected to be less shaky. In general, both versions are well opposed to what is called an asphalt road on our route. The paradox is that due to the dimensionality of the wheels, the sort of adventure-oriented version of Activ has a clearance one centimeter less than that of the pseudo-sporty “ereski— – 183 mm versus 194.

The Watt mechanism with two jet thrusters provides good directional stability on chipped asphalt. But on a gravel or grader, the crossover surprises with arrogance. That is, the controlled wheels are the first to lose the hook, but from the demolition phase, the Trailblazer abruptly turns into sliding with the rear axle. Moreover, the insurance electronics are in no hurry to intervene. With the skills, Chevy is easy to keep in check, but in the modern world, where the driver is not allowed to sneeze without the knowledge of the on-board computer, such trust is surprising.

The drive to the rear axle is activated by a button located behind the “automatic” selector. On asphalt, the difference between the modes is barely noticeable. Unless with a sharp start there is no slip when the thrust is distributed to all four wheels. All-wheel drive is relevant on a grader or gravel: the speed of turning is higher, the habits on the arc are more stable. In theory, the clutch can be blocked completely, but the driver does not have the tools to control it — electronics are responsible for the distribution of thrust between the axles. According to the manufacturer, the AWD mode operates over the entire speed range.

For the adventurer, which Trailblazer is presented to the public, the 50-liter gas tank is modest. Yes, and you need to pour AI-95 there. However, due to the relatively small weight of up to one and a half tons and a transmission with a gimbal disconnection clutch, at a calm pace, the combined flow rate is easy to keep within 6.5 liters / 100 km.

Chevy leaves behind mixed feelings. On the one hand, everything is fine with him, there are no significant complaints about him. A normal crossover to match the time and a large metropolis. But I did not find any bright positive features that would allow me to distinguish Trailblazer among competitors.In the current scarce times, he could shoot at the expense of the price. But even the recommended one does not fall below 2,049,000 rubles, and for top models of 2,447,000, you can dial 220,000 packages and options. GM understands that the car imported from South Korea will be a niche one, no one demonstrates ambitions to conquer the universe. But it will not be easy to sell even 3,000 crossovers, as planned for 2022. 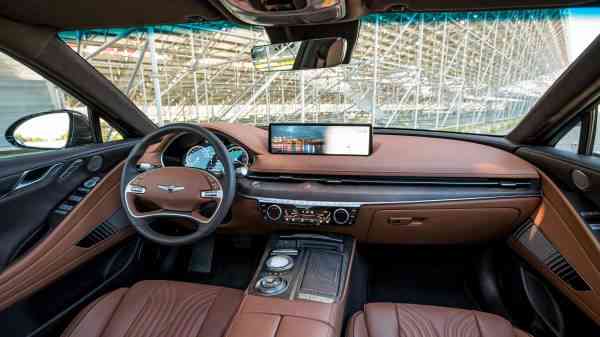 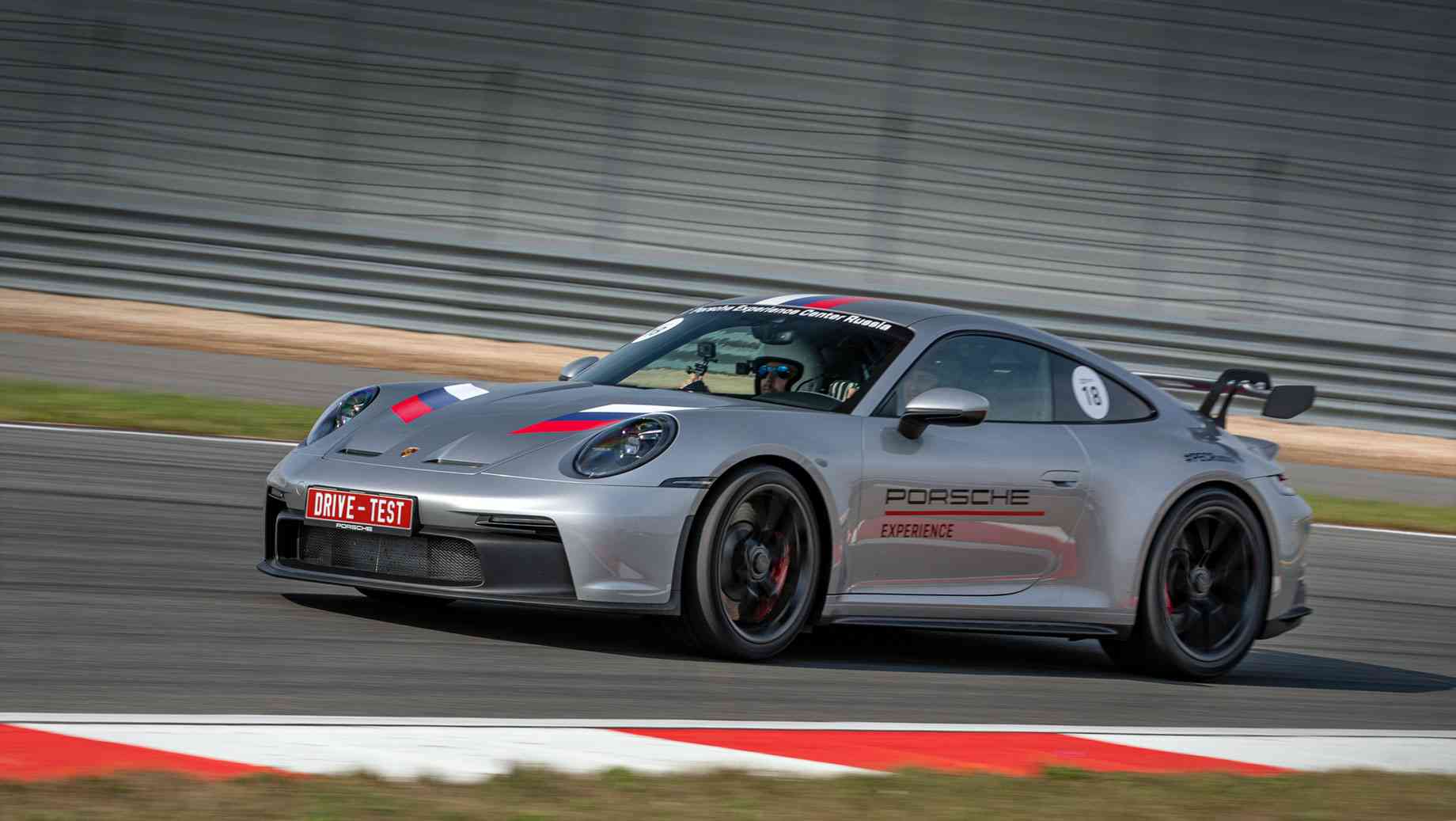