Renault R5 Turbo 3E concept reminds of the brand’s sporting heritage
54
0
(0 voices, on average: 0 out of 5)
3.5 seconds to “hundreds”, rear-wheel drive and vertical “handbrake”. Is this really a Renault?

By 2030, Renault will completely abandon the production of cars with internal combustion engines in Europe – this is part of the Renaulution strategy, which, among other things, implies an increase in margins due to the unification of the model range. And the Renault 5 compact hatchback will become a symbol of change.

Renault 5 Turbo 2 (1983-1986)
The original Renault 5 was produced from 1972 to 1996. and managed to disperse with a circulation of almost 5.5 million copies. That model had a rear-wheel-drive mid-engined version of the Turbo: in 1976, the supercharged Renault 5 was created for homologation and became one of the first representatives of the “hot hatchback” class along with the VW Golf GTI. Now the turbo version has appeared in the prototype of the electric Renaut 5 – of course, also rear-wheel drive. 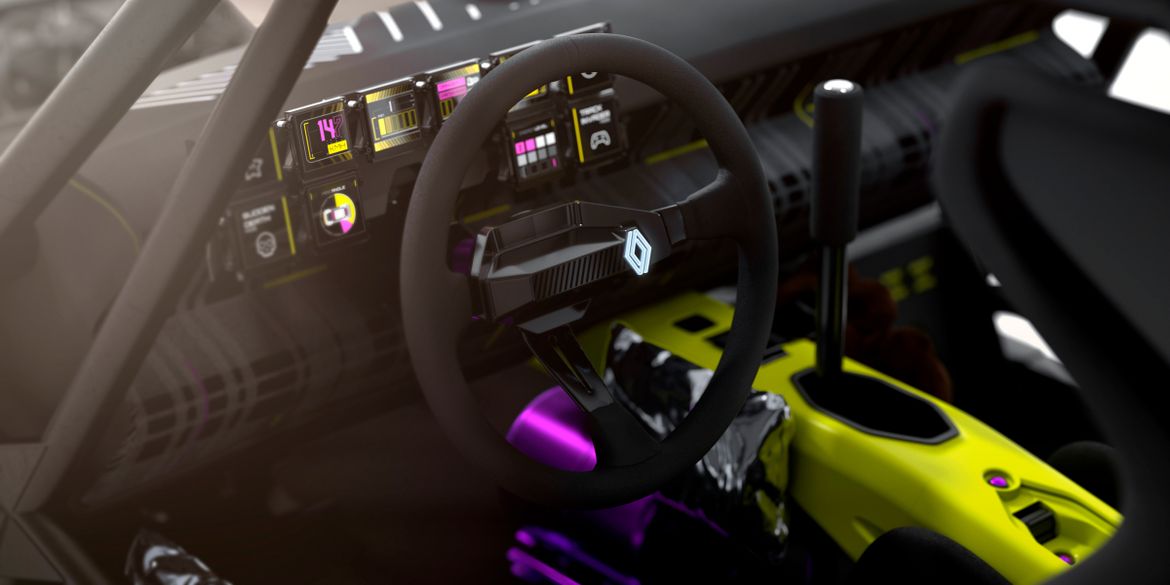 Salon, according to tradition, is strictly double, with a safety cage certified according to the FIA ​​standard. The carbon seats, seat belts and steering wheel for the project were developed by Sabelt. If the original R5 Turbo was actually a homologation version of a rally car, the company is positioning the new electric hatch as a drift car. A vertical handbrake is installed in the cabin, and ten special places for attaching action cameras are provided on the body and in the cabin. 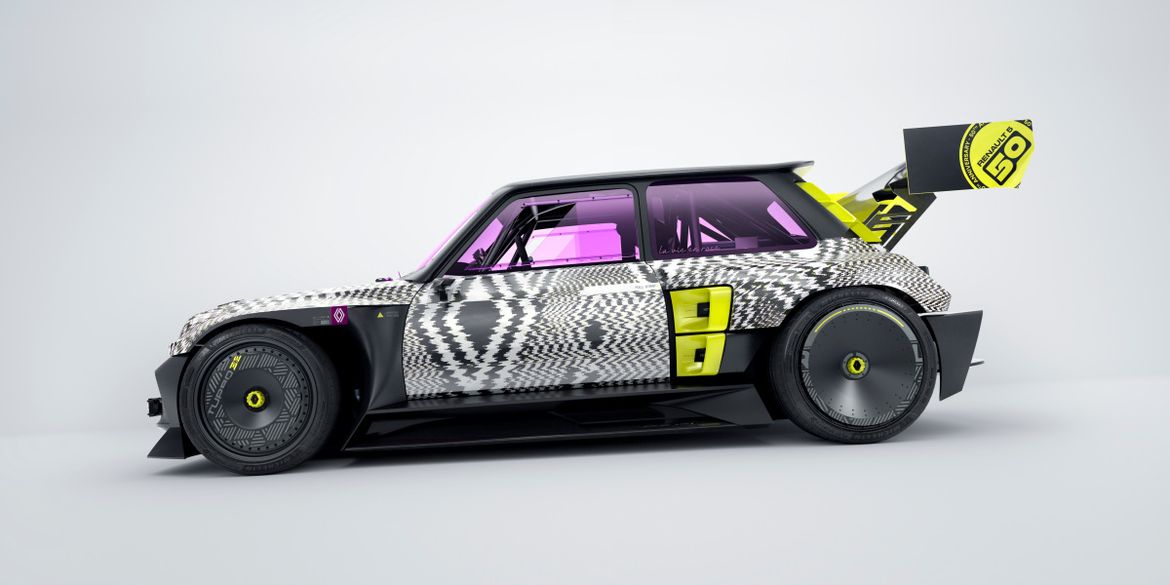 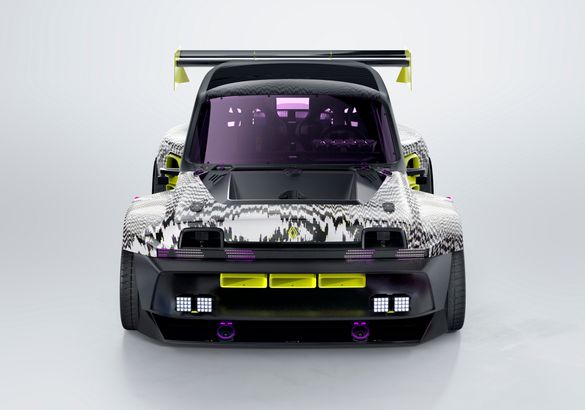 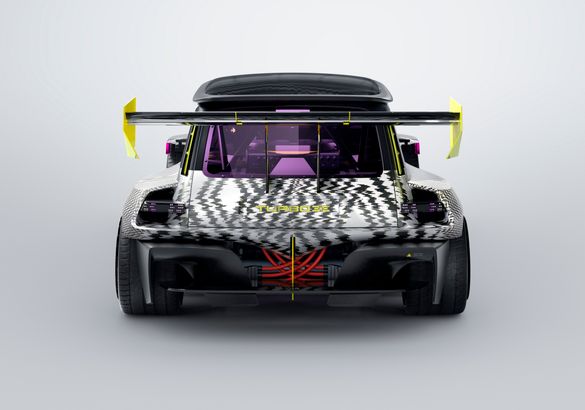 By the way, the overall height of the electric and gasoline R5 is the same (1320 mm), but the Turbo E turned out to be 34 cm longer (4006 mm including the rear wing) and 27 cm wider (2020 mm) than the original. The wheels, as usual, are of different widths: 225 x 35 R19 in front, 325 x 25 R20 in the back. The shape of the body and some details, such as the ventilation slots in the C-pillars and the triple air ducts in the front bumper, also inherit the appearance of the iconic model. 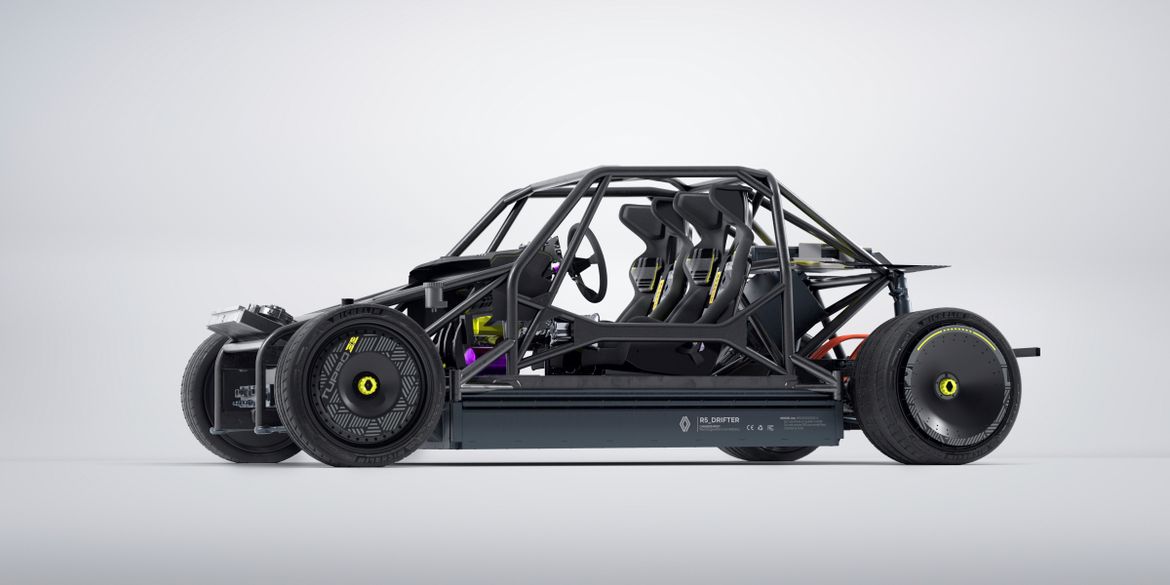 Instead of a four-cylinder turbo engine, an electric motor is installed on each of the rear wheels of the Renault R5 Turbo 3E. Their combined output is 280 kW (380 hp) and 700 Nm, and a 42 kWh lithium-ion traction battery is located under the cabin floor. The original Renault 5 Turbo is also famous for its three-figure curb weight (970 kg), so the body of the R5 Turbo E is made entirely of carbon fiber. As a result, the mass was … 1500 kg, of which 520 kg is the traction battery. Acceleration to 100 km / h in the Renault R5 Turbo 3E takes 3.5 s (3.9 s in drift mode), the maximum speed is limited at around 200 km / h. 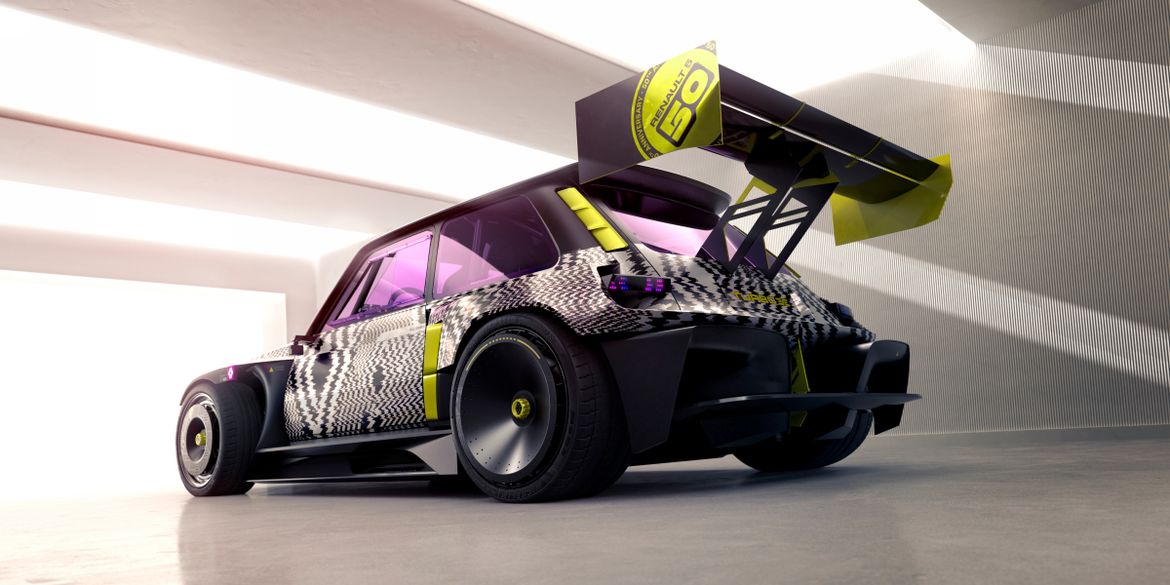 The premiere of the Renault R5 Turbo 3E electric drift car will take place on September 25 at the Chantilly Arts & Elegance 2022 competition, and on October 17 the car will be shown at the Paris Motor Show.
However, until the world rally does not abandon the internal combustion engine, there is little chance of serial production for such an R5 Turbo 3E – even after the debut of the serial Renault 5.