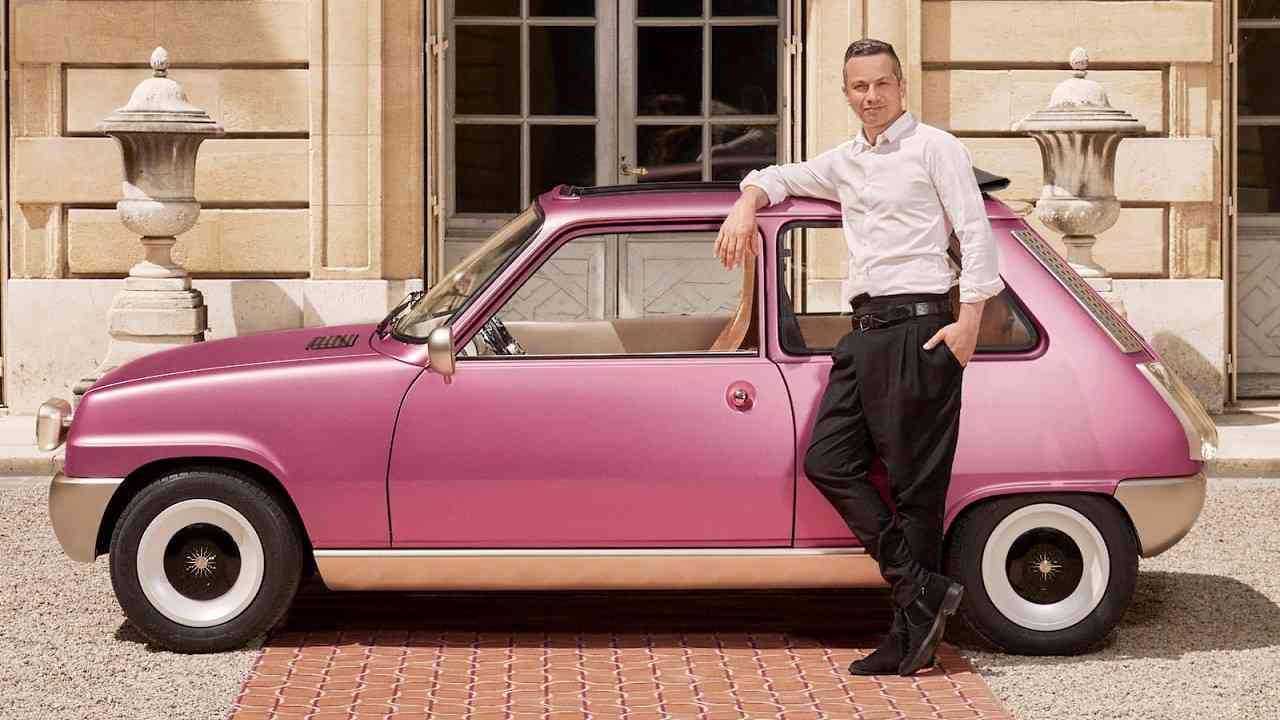 Externally, the Renault R5 Diamant electric car, although similar to the classic Renault R5 car, is actually only a body shape that is common between them.

The body of the electric car is painted with a matte pink color, its headlights are made of rock crystal, and the steering wheel is made of marble. At the same time, the shape of the latter is so unusual that you will not find anything like it in any car.

From a practical point of view, such a steering wheel may not be very convenient, and not safe, since it is not equipped with an airbag, but this electric vehicle is unlikely to be operated on public roads.

However, Renault R5 Diamant is not a model, but a full-fledged electric car equipped with a battery, an electric motor and other modern technologies, including fingerprint scanners built into the doors.

It is noteworthy that in the interior of the electric car everything is extremely modest and there are not even huge screens that are currently fashionable. Instead, its front panel provides space for a smartphone, which, according to the designer, should replace the infotainment system.

As for the technical characteristics of the electric car, nothing is known about them yet. Apparently the automaker decided to keep them a secret. In any case, until all the events related to the anniversary of the Renault R5 begin.

After all the anniversary events, the Renault R5 Diamant electric car will be put up for sale, and all proceeds from its sale will go to charity.

Mercedes-AMG has named the price of the most powerful EQE