Production of hydrogen plants for BMW iX5 launched in Munich
64
0
(0 voices, on average: 0 out of 5)
It is still too early for the BMW iX5 hydrogen crossover to enter the main conveyor: a small batch of cars will first be released for sea trials and presentations. But the production of the main component of the car – a hydrogen plant developed jointly with Toyota – has already started.

For the first time, the hydrogen “X-fifth” was presented to the public last fall at the Munich exhibition IAA Mobility 2021. Now, production of hydrogen plants for the first batch of iX5 has started in Bavaria, which will be intended for further factory tests and demonstrations to potential customers. The launch ceremony for the production of hydrogen plants was attended by the head of BMW Oliver Zipse and the technical director of the brand Frank Weber (in the title photo).

Fuel cells are supplied to the Bavarians by Toyota. The companies have been cooperating in this direction since 2013, and the first such project was the hydrogen “five” GT, shown in 2015.

Hydrogen liftback BMW 5 Series GT
Electricity in fuel cells is generated by a chemical reaction between oxygen and hydrogen. The latter is stored at a pressure of 700 bar in two composite cylinders. The electrochemical generator produces only 125 kW (170 hp), while the rear axle is powered by a traction motor from the i4 and iX models with a peak output of 275 kW (374 hp). But it is available only with a sufficient supply of energy in the buffer battery: if you “plant” the battery, the iX5 becomes 170-horsepower. 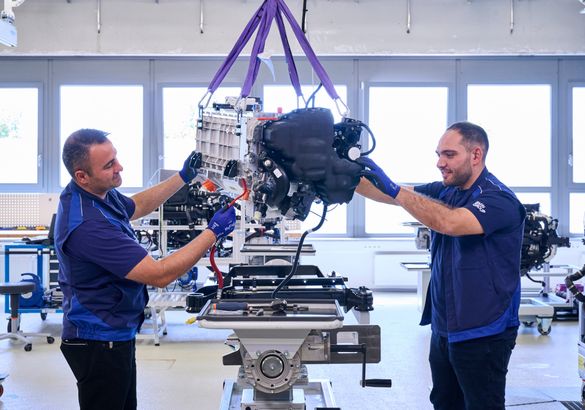 The production of hydrogen plants takes place in two stages. First, the fuel cell is “folded” from the fuel cells. The procedure requires special precision and is fully automated. After checking the fuel cells for defects, they are pressed with a force of 5 tons and placed in a housing previously cast from aluminum using a sand mold. The hydrogen plant is then fitted with the remaining components—compressors, anodes, cathodes, cooling system, and wiring. 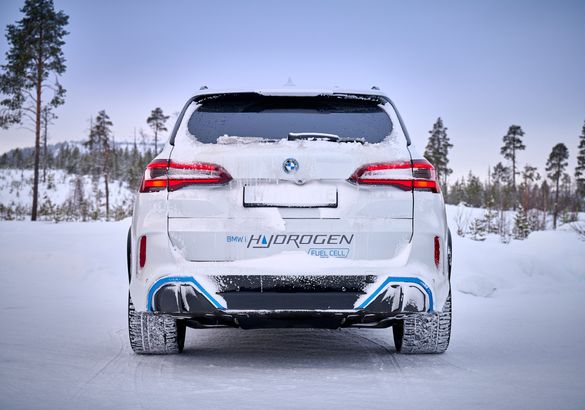 Hydrogen X5 has already managed to visit the test site of the BMW Group in the Swedish Arjeplog. According to the Germans, at temperatures down to -20 degrees Celsius, there were no problems with the power plant.
The Bavarians intend to assemble a small batch of BMW iX5 by the end of 2022, but there is no talk of launching a full-scale production of hydrogen crossovers.