Preliminary prices for Evolute electric cars became known
128
0
(0 voices, on average: 0 out of 5)
The website of the Avilon dealer published prices for three models of the Lipetsk brand Evolute: the i-Pro sedan, the i-Joy crossover and the i-Van minivan. However, “live” cars will be on sale only by the end of the month – and the cost may change.

The Evolute i-Pro (top photo) is a seamless replica of the Chinese Dongfeng Aeolus E70 sedan, which in turn is based on the 2005 Nissan Sylphy. The sedan is 4.68 m long (while the car is very narrow: 1720 mm, which is 4.4 cm less than that of the VAZ Vesta; body height is 1530 mm) is equipped with a 53 kWh traction battery, and the declared power reserve according to the NEDC cycle is 420 km. A traction motor is installed on the front axle with a return of 120 kW (163 hp) and 230 Nm, which allows you to accelerate to “hundreds” in 9.5 seconds. Top speed is limited to 150 km/h.
In China, prices for the Aeolus E70 start at 138.8 thousand yuan (1.2 million rubles), but the products of the Lipetsk plant in Russia turned out to be noticeably more expensive: from 2 990 000 rubles. However, the car will be covered by a preferential car loan program: under its terms, the discount can be up to 35% of the original cost, but not more than 925 thousand rubles. Avilon plans to purchase 180 i-Pro sedans.
The second novelty is the compact crossover Evolute i-Joy (dimensions – 4385 x 1850 x 1650 mm). This is a simplified Russian analogue of the Dongfeng Fengon E3 SUV that debuted in 2019, which is based on the 2016 Nissan Kicks. Here is the same battery with a capacity of 53 kWh, and the electric motor on the front axle develops 130 kW (176 hp) and 225 Nm. The power reserve in the NEDC cycle is 405 km, acceleration to 100 km/h takes 8.9 s, top speed is 160 km/h.
In China, such a car is available for 139.8 thousand yuan (1.22 million rubles), but in Russia the initial price, excluding state subsidies, is almost three times higher: 3 490 000 rubles. The first batch will consist of 91 crossovers.

Evolute i-Joy
In the same amountfrom 3 490 000 rubles) the third novelty of the Lipetsk Automobile Plant, the i-Van minivan (dimensions – 5135 x 1720 x 1990 mm; there is no typo here, the body width is the same 172 cm as the sedan), which enters our market as a well-deserved veteran. The fact is that the Dongfeng LingZhi M5 EV minivan, which is taken as the basis for the Evolute, is a product of a consistent modernization of the 1994 Mitsubishi Delica. The Japanese relative from the 90s is given out by the exterior: the aggressive design of the “front end” in the minivan gets along with the smooth contours of the biodesign that was fashionable at the end of the last century. On the Chinese site Dongfeng, the price is indicated: from 149.9 thousand yuan for a seven-seater version with rear drum brakes. The Evolutes have disc-shaped ones, and they also have leatherette seat upholstery – for such minivans in China they ask from 169.9 thousand yuan (1.48 million rubles).
Traction battery 53 kWh is unified with other Evolute models, and an electric motor (90 kW, 300 Nm) mounted on the rear axle allows you to accelerate to 100 km / h in 18 seconds (but you can’t accelerate further, a limiter is installed). The declared cruising range for the outdated NEDC cycle is 400 km, but in real conditions it will be noticeably less. Avilon purchased 15 electric minivans from Motorinvest. 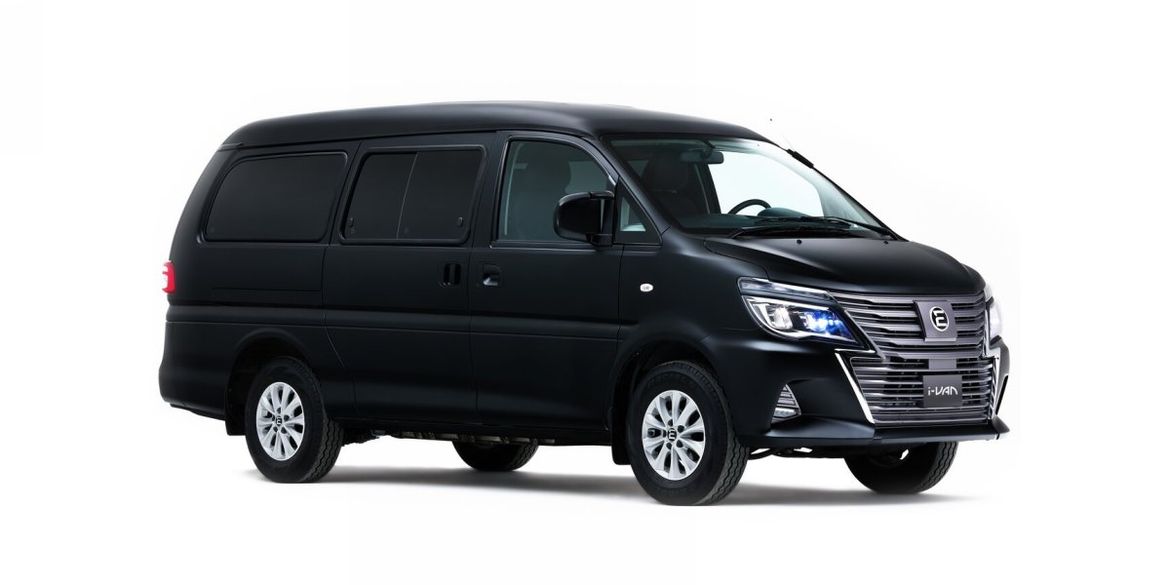 Please note that prices shown are indicative. The price list for “live” cars will be formed taking into account the “cost of a car and a possible margin.” As representatives of Avilon told us, deliveries of the first machines are expected by the end of September – beginning of October.