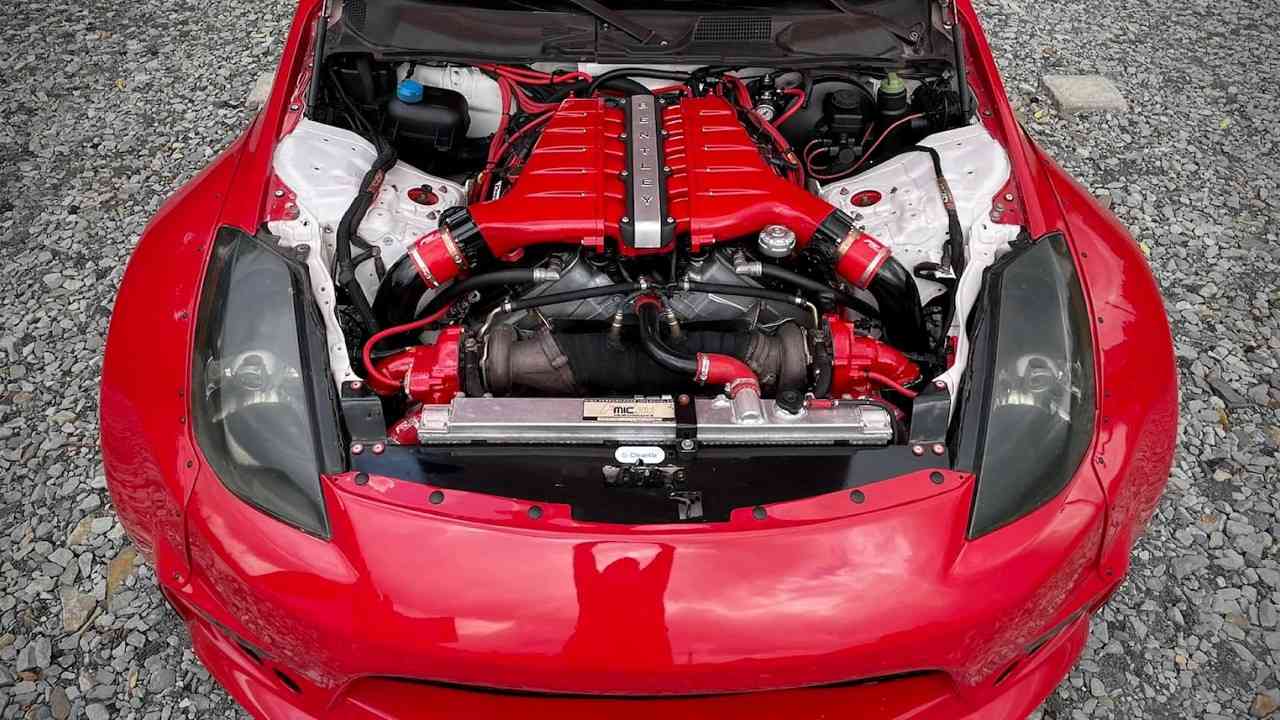 The Japanese sports car Nissan 350Z is one of those cars that looks fast but isn’t. Its most powerful version was equipped with a naturally aspirated 3.5-liter 6-cylinder V-twin Nissan VQ35HR engine with 310 horsepower, and from 0 to 100 km. / h. such a car accelerated in 5.9 seconds.

Agree that it is not very fast. Therefore, it is not surprising that these cars, and especially their engines, are often modified to achieve greater performance. Yes, and the native engine has the potential for this. However, the Polish craftsman, who calls himself Gregor Performance Garage on the Internet, decided to go a different way.

He got rid of the native engine and equipped his Nissan 350Z with the legendary inline 3.0-liter 6-cylinder Toyota 2JZ-GTE engine, the power of which he managed to increase from the standard 330 to 520 horsepower, but later the Pole decided not to stop there.

Over time, this power was not enough for the Pole, after which he equipped his car with a 6.0-liter 12-cylinder twin-turbocharged W-engine from the Bentley Bentayga SUV.

Yes, this is not a typo and the Pole really managed to install this huge engine in his small sports car, for which, although it took a lot of redoing, it was worth it.

The Pole did not begin to refine the new engine, since he considered that the power of 610 horsepower, which this engine has, is more than enough.

The Pole called the resulting car Nissan 600Z W12TT, but did not provide information about its dynamic characteristics.

In other matters, based on the fact that the Bentley Bentayga heavy SUV equipped with such an engine accelerates to hundreds in 4.1 seconds, the lighter Nissan 350Z should do it no slower than 3.0 seconds.