Parallel imports: what inexpensive models have already appeared in Russia – and how much are they asking for?

Parallel imports: what inexpensive models have already appeared in Russia – and how much are they asking for?
46
0
(0 voices, on average: 0 out of 5)
The Dvizhka observer found out which new cars imported under the parallel import scheme are available in dealerships and how much sellers ask for them. All the details are in our material.

For many years, our car market was one of the largest in Europe – and definitely the most boring. Protective customs duties, growing requirements for the level of localization of production and a gradual decline in purchasing power have created mass market monsters. Apart from “Grants” and “Vesta”, the ball in the budget segment was ruled by platforms B0 (Duster, Largus, Logan, Sandero, Xray, Kaptur, Arkana), K2 (Rio, Creta, Solaris, Seltos) and PQ25 (Polo, Rapid) .

For the past six months, the Russian auto industry has been in a fever: after the change of ownership, the Renault plant assembles Muscovites from Chinese car kits, Hyundai Motor has nothing to load capacities in St. Petersburg and Kaliningrad, and Volkswagen is looking for a buyer for a plant in Kaluga. Stocks of the most popular before models are coming to an end – and now dealers are asking for an amount for the tired Solaris, which a year ago you would not have given for Camry. However, I don’t even want to remember the current prices for Toyota …

However, last spring, the Ministry of Industry and Trade approved a parallel import mechanism that allows cars to be imported into Russia without the consent of the copyright holder. It will not be possible to fully compensate for the departure of foreign automakers in this way, but exotics have appeared in the showrooms of Russian dealers – inexpensive models of world brands for the Asian market, which may well become an alternative to our “state employees”. Let’s take a closer look? 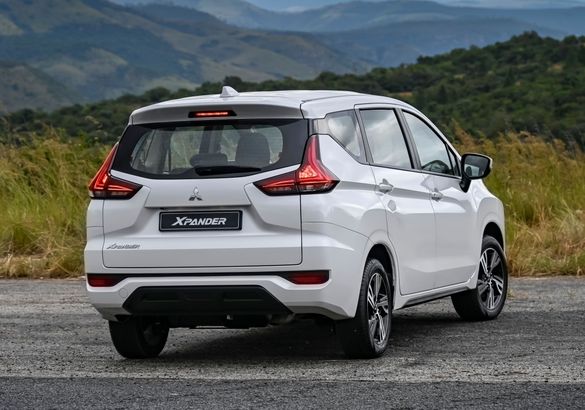 Price in Indonesia: from 300 million 915 thousand rupiah (1.168 million rubles at the exchange rate of the Central Bank)
Price in Russia: from 2.2 million rubles
Almost square in cross section, the cross-country vehicle (width 1.8 m, height 1.75 m) is intended for the ASEAN countries, where it is in active demand: in five years, local dealers have sold more than 470 thousand Xpander and Xpander Cross. With a length of 4.5 m, the car offers as many as seven seats, but do not be deceived by the plastic body kit of the cross-version: despite the impressive ground clearance (225 mm), the drive here is only on the front wheels. 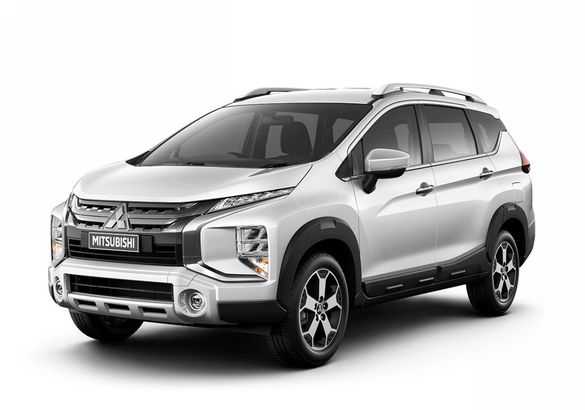 Mitsubishi Xpander Cross features a plastic body kit and high-profile tires that add 2 cm of ground clearance. And these machines have better noise and vibration isolation.
Under the hood is a proven 1.5-liter naturally aspirated 4A91 (105 hp, 141 Nm), familiar to Mitsubishi Colt owners. In Southeast Asia, the motor is standardly aggregated with a 5-speed “mechanics”, but cars with an optional 4-speed “automatic” are brought to us. By the way, those who want to get a car with an automatic transmission should hurry up: after a recent update, all two-pedal Xpanders are equipped with a CVT. 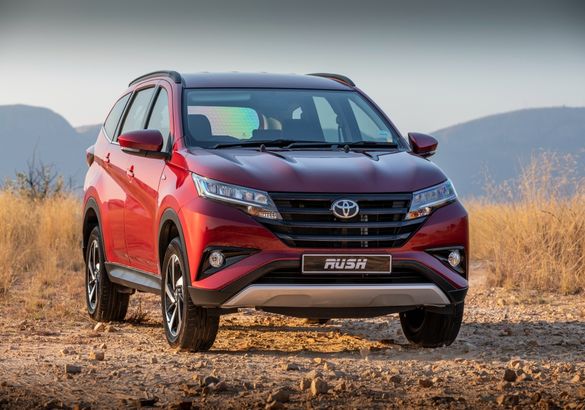 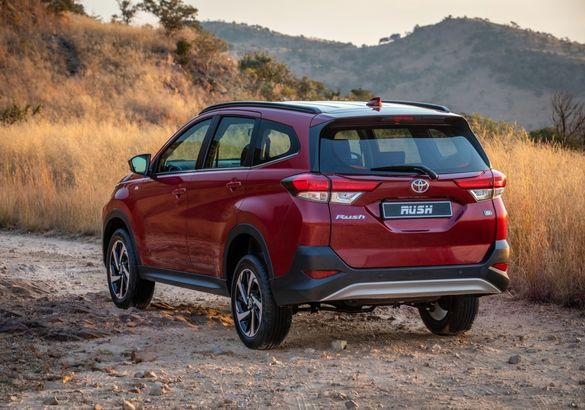 Price in Indonesia: from 278 million 800 thousand rupiah (1.087 million rubles)
Price in Russia: from 2.3 million rubles
New frame “Toyota” for 2.3 million? Yes, if it is a third-generation Rush crossover, the twin of the Daihatsu Terios. There is 220 mm of ground clearance, but there is no all-wheel drive: a 1.5-liter 2NR-VE engine (104 hp, 136 Nm) is connected to the rear wheels via a 4-speed automatic transmission.
The car is even shorter than the “Expander” (4435 mm) and even “square” (width 1695 mm, height 1705 mm), however, Rush, if necessary, will take away seven. Additionally, single-zone climate control, electric power steering, rear parking sensors, four airbags and heated front seats are provided, but the interior is fabric, and the rear brakes are drum. 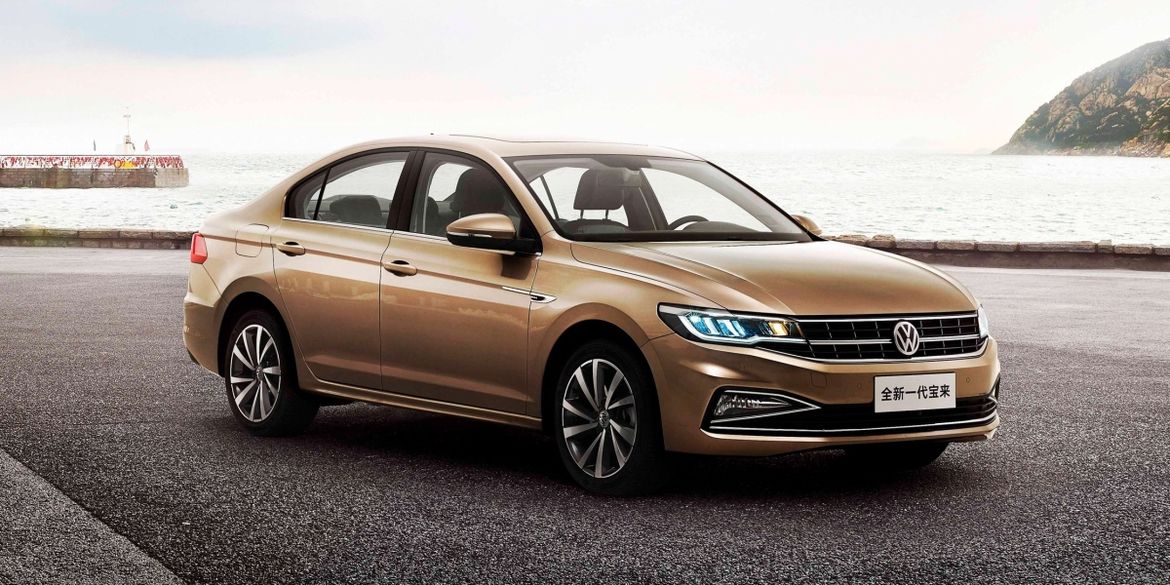 Price in China: from 112.9 thousand yuan (948.1 thousand rubles)
Price in Russia: from 2.49 million rubles
Didn’t have time to buy a Polo before the price increase? Upset when Jetta left? It doesn’t matter: there is a Bora sedan built on the MQB platform. It is produced at the FAW-Volkswagen joint venture and finds 250-300 thousand buyers in China annually. Cars are brought to us in the Elite configuration with a single-zone “climate”, keyless entry, a sunroof, adaptive LED optics and a multimedia system with an 8-inch screen and even navigation. The interior is trimmed with artificial leather, and the driver’s seat has electric adjustments (including lumbar support).
Russian dealers offer Bora both with a 1.5-liter naturally aspirated engine (113 hp, 145 Nm) and with the familiar 1.4 turbo engine (150 hp, 250 Nm); 113-horsepower sedans are aggregated with a 6-speed “automatic”, and more powerful versions – with a 7-speed preselective “robot”. 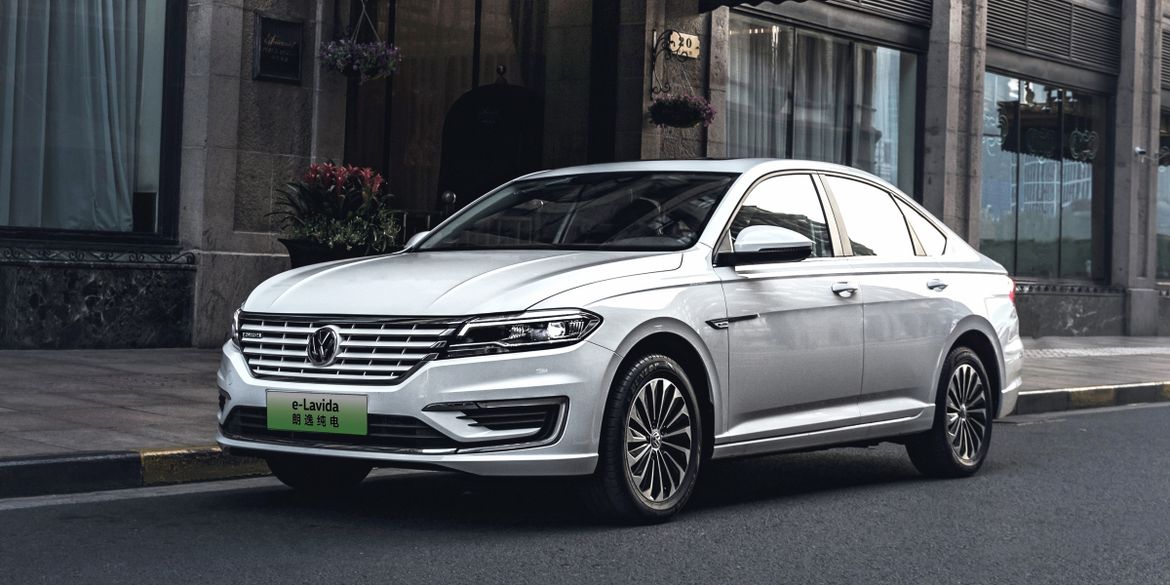 Price in China: from 148.9 thousand yuan (1.25 million rubles)
Price in Russia: from 2.395 million rubles
In 2021, the Lavida sedan became the best-selling foreign car in China with over 391,000 cars. But one of the Russian VW dealers brought a sedan with the prefix “e” – a version with a 100-kilowatt (136 hp, 290 Nm) synchronous electric motor on the front axle from the European e-Golf. The mass import of such Volkswagens could well bury the prospects of the Lipetsk Evolute i-Pro. For 2.4 million rubles, you get a much more spacious sedan (width – 1806 mm versus 1700 mm for the i-Pro), which, moreover, is only partly Chinese.
The electric VW can also reach 150 km/h, and its main drawback is a small traction battery: a capacity of 38.1 kWh is only enough for 278 km on the outdated NEDC cycle. Evolute, though unprepossessing, will be able to drive 150 km further without recharging. 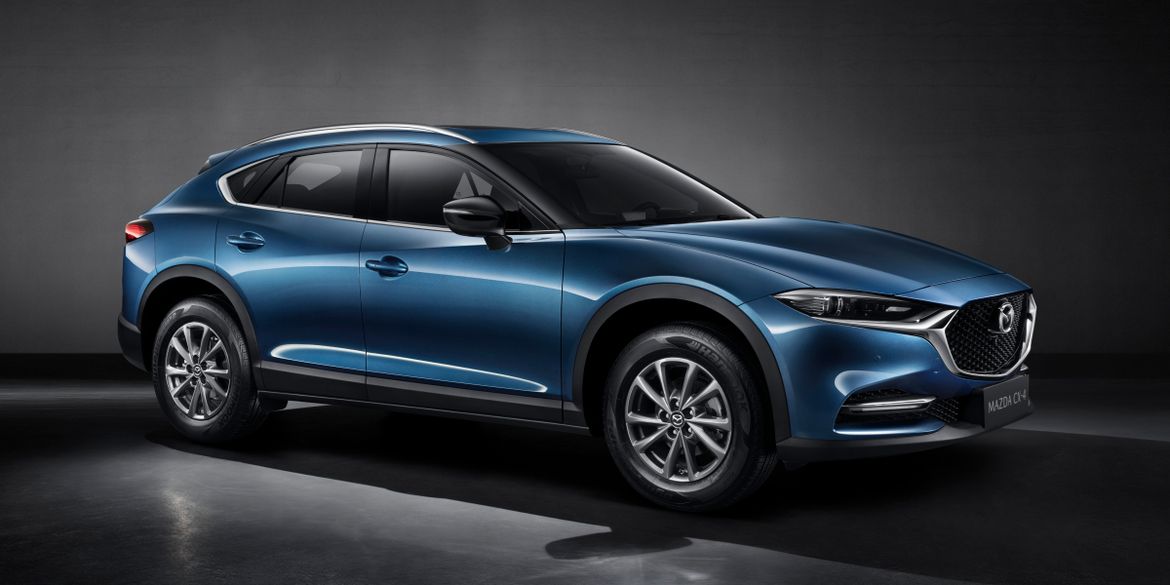 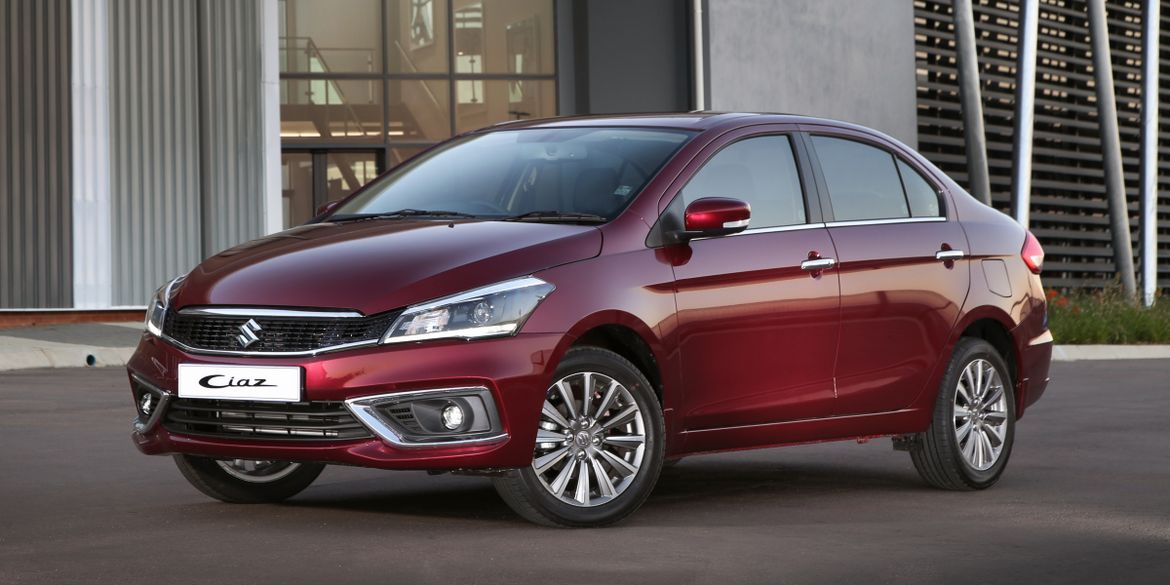 Price in India: 1.08 thousand rupees (808 thousand rubles) for a complete set of Alpha
Price in Russia: 1.9 million rubles
This nice sedan is produced by India’s largest automaker Maruti Suzuki. In the local market, Ciaz does not let even Solaris (aka Hyundai Verna) relax, although in general, Indians prefer smaller and cheaper cars. A few years ago, they wanted to officially supply Ciaz to us, but even then there was nothing to do without full-cycle localization in the Russian budget segment.
In terms of dimensions, the Suzuki is identical to the Solaris, but due to the longer wheelbase (2650 versus 2600 mm), there is more space in the back, and the trunk holds as much as 565 liters (it’s almost like the Octavia liftback!). At the same time, the equipment is by no means ascetic: there is climate control, LED optics, rear parking sensors with a camera and engine start from a button, and the interior is trimmed in black leather.
There were also atavisms typical of inexpensive cars for developing countries – a 4-speed “automatic” and drum rear brakes – but the 1.5-liter K15V engine (105 hp, 138 Nm) is helped by … a starter- generator! So Suzuki Ciaz is the most affordable “mild” hybrid in Russia, and if even the most skinny Solaris needs 5.7 liters for every hundred kilometers, then an Indian sedan will cost five.

Price in Taiwan: from 789 thousand dollars (1.55 million rubles)
Price in Russia: from 3.3 million rubles
Do you want to be like in Europe? Since October of this year, the Japanese-assembled Corolla Cross model has been supplied to the EU countries: Toyota does not want to give the compact SUV segment to the “Koreans” without a fight. Alas, Russian dealers opted for a version for the Taiwan market: the VIN number leads to the Taipei plant of Kuozui Motors. The local Corolla Cross is not like the European ones: instead of a hybrid power plant, there is the usual “aspirated” 1.8 (140 hp, 177 Nm), working in conjunction with a CVT and front-wheel drive.
Inside, there is a simple air conditioner, an artless display of a multimedia system and upholstered seats with a minimum of adjustments. Such equipment, even in Taiwan, is basic and bears the name 安心 (“peace of mind”), although the hieroglyph 鼓 (“drum”) would be better suited here. 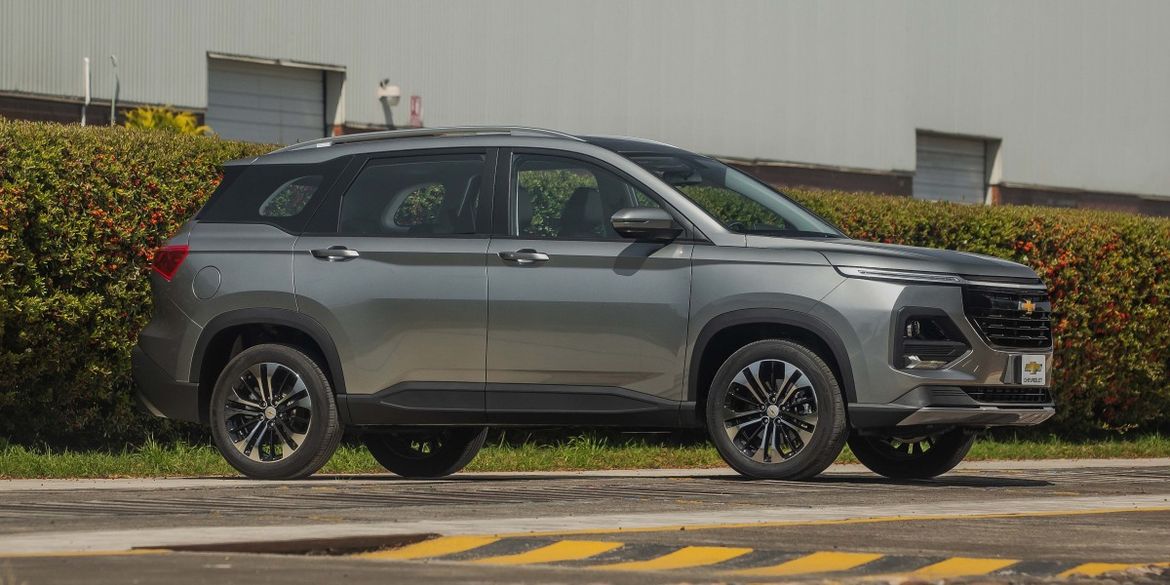 Price in Colombia: from 127 million Colombian pesos (1.61 million rubles) for the Premier package
Price in Russia: from 2.3 million rubles
Do not you recognize the American auto industry in this SUV? He is not here! The second-generation Captiva is manufactured at the SAIC-GM-Wuling plant and is an export version of the Baojun 530 model. Only the name is related to the familiar Captiva: instead of a naturally aspirated gasoline or diesel engine, a 1.5 turbo engine typical of China (147 hp) is installed. , 250 Nm), and instead of automatic transmission – a cheaper variator. Needless to say, second-generation all-wheel drive Captiva does not exist in nature?
The crossover will fit the role of a family car. The rich Premier package has natural leather trim, four airbags, climate control, a sunroof and a multimedia system with six speakers and an 8-inch touchscreen with support for Android Auto and Apple CarPlay, and the model is not inferior in size to the first Captiva. Not bad, considering that Chery Tiggo 7 Pro or Geely Atlas Pro are now asking for half a million more. 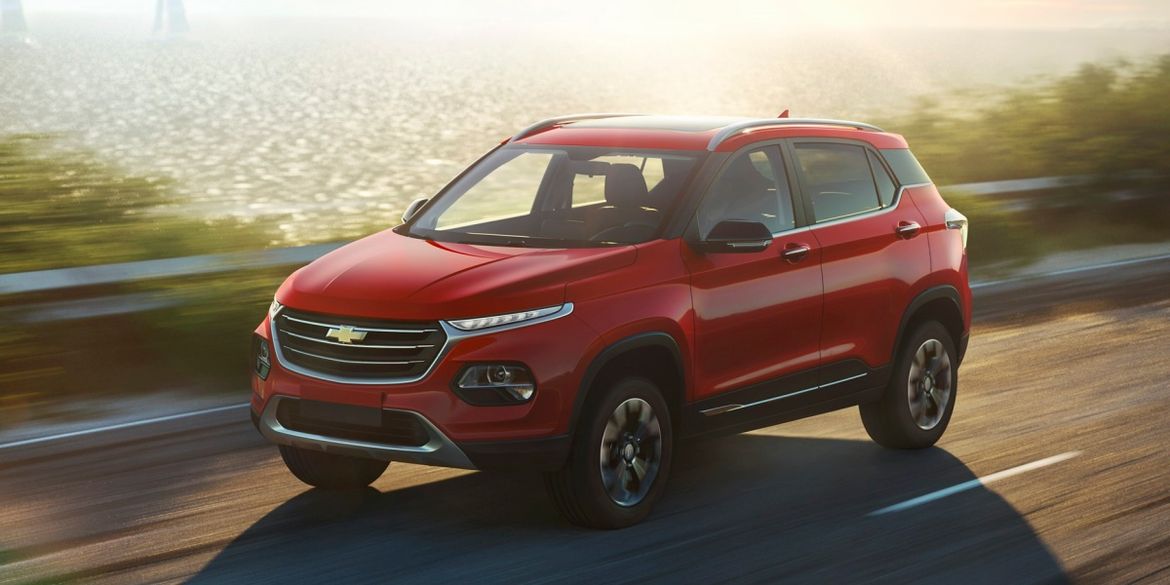 Price in Chile: from 12.94 million Chilean pesos (883 thousand rubles)
Price in Russia: from 2.35 million rubles
Yes, this is also Baojun – this time a more compact model 510 – which was “christened” for the South American market. But such a purchase no longer seems justified to us.
Indeed, for the price of an all-wheel drive Haval Jolion, you get a 105-horsepower naturally aspirated engine (140 Nm) in conjunction with a CVT, front-wheel drive, a 320-liter trunk and a fabric interior without electrical adjustments, and you will have to start the engine from the key. Not to mention the lack of windshield heating (the cars are brought from the UAE) and a full warranty.
Isn’t it too much concessions for a prestigious nameplate?

What is the upshot?

The first models that came to Russia by parallel roundabouts already allow us to get an idea of ​​​​the future prospects of the anti-sanction initiative of the Ministry of Industry and Trade. Importers do not want to pay high customs duties, so they choose cars with the smallest engines available. However, it is much more difficult to sell an imported car with “mechanics” in Russia, so they are also avoided, but the equipment could have been richer.
Our favorites on this list are the Volkswagen Bora, Mazda CX-4 and Suzuki Ciaz. Under the condition of localization, they could successfully compete in the Russian market anyway, but now everything is on an equal footing.
Mitsubishi and Toyota crossovers are a niche product, but they will definitely find their buyer thanks to proven Japanese nodes and high ground clearance. The VW e-Lavida electric sedan is clearly superior to the more expensive (excluding state subsidies) Evolute i-Pro, and the Chevrolet Captiva can be considered as an alternative to other front-wheel drive “Chinese”.
But we won’t recommend the Chevrolet Groove and Toyota Corolla Cross – their equipment is too poor. In this case, buying a similar car from the stocks of Russian dealers – albeit with an overpayment, but also with a full guarantee – will be much more rational.