Mercedes-Benz CLA updated according to the template

Mercedes-Benz CLA updated according to the template
12
0
(0 voices, on average: 0 out of 5)
At the equator of assembly line life, the Mercedes-Benz CLA family underwent a planned facelift, along with which the optional composition expanded and power increased.

The second generation CLA debuted in 2019, and now is the time for a planned update. The car is built on a front-wheel drive platform from the A-class, so the facelift was carried out according to a similar recipe. By the way, in the same way, following the A-class, the previous generation of CLA was updated seven years ago.

LED headlights are now “in the base”, and their content has been slightly changed. However, the easiest way to recognize the updated CLA is by the radiator grille with the patterns in the form of Mercedes stars and by the enlarged air intakes in the front bumper. Two new blue shades have been added to the range, one of which, Hyper Blue, will be exclusive to the CLA. The rest of the set of changes is pretty much the same as the facelifted A- and B-Class introduced a few months earlier. 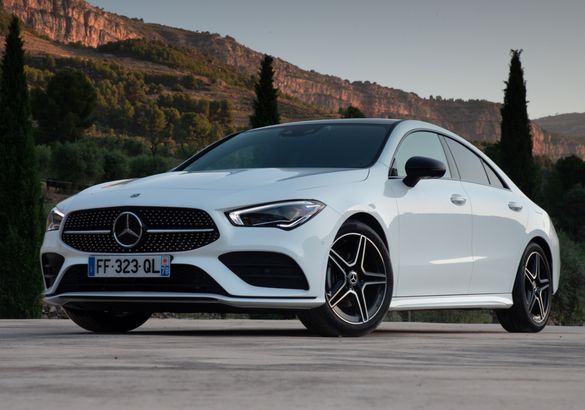 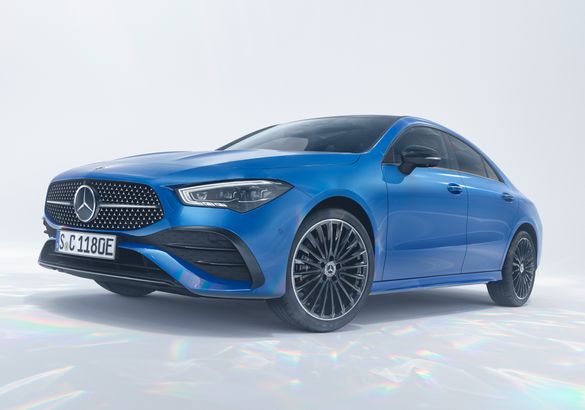 It was – became
The 10.25-inch touchscreen MBUX infotainment system is available as standard in combination with a rear view camera. Another USB-C connector appeared on the central tunnel, and all ports are now backlit. The digital “tidy” for simple versions is still 7-inch, a scheme with two displays with a diagonal of 10.25 inches is available for a fee. The AMG package includes a new steering wheel with twin horizontal spokes, like the older models. The optional Burmester audio system now supports Dolby Atmos surround sound technology. 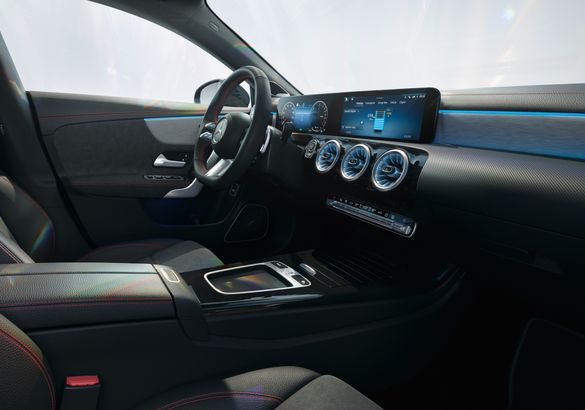 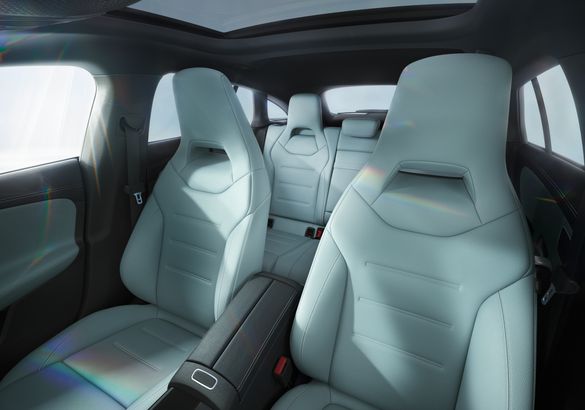 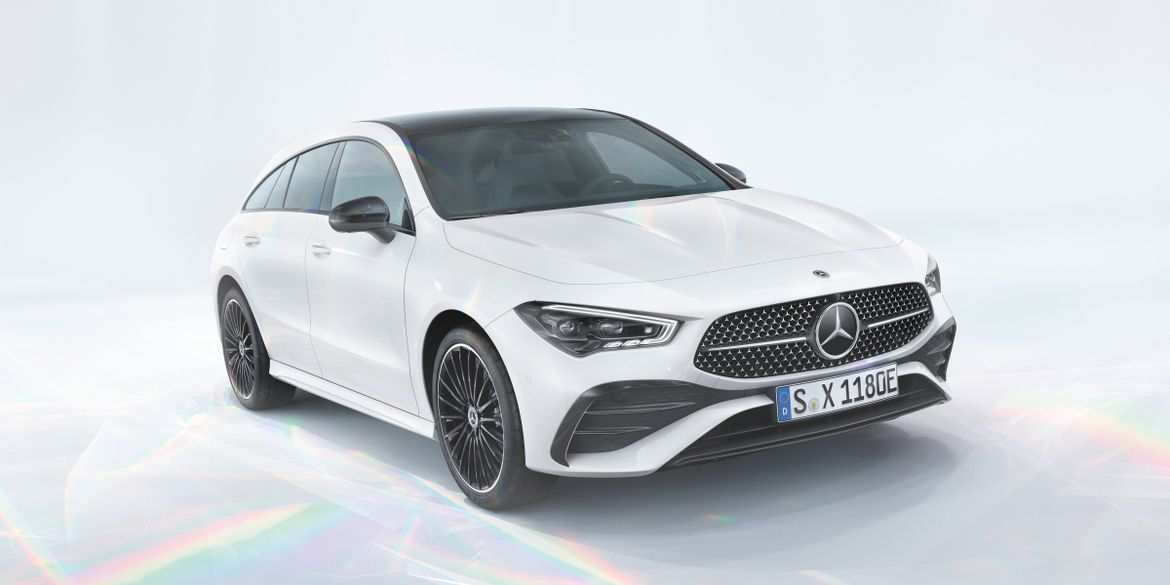 The peak output of the hybrid installation in the CLA 250 e remained the same (218 hp, 450 Nm), but both of its components received an increase in power. The 1.3 petrol turbo engine now produces 163 hp. With. and 270 Nm instead of 160 hp. With. and 250 Nm, and the power of the electric motor has been increased from 75 to 80 kW. The effective capacity of the 15.6-kilowatt traction battery has been increased, thanks to which the range on electric traction can reach 82 km (80 km for the station wagon). The battery now supports 22 kW three-phase charging. 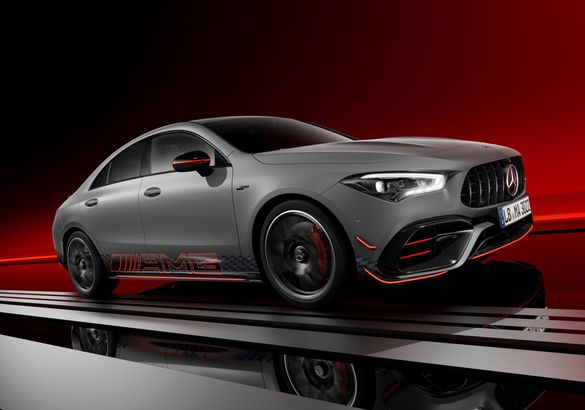 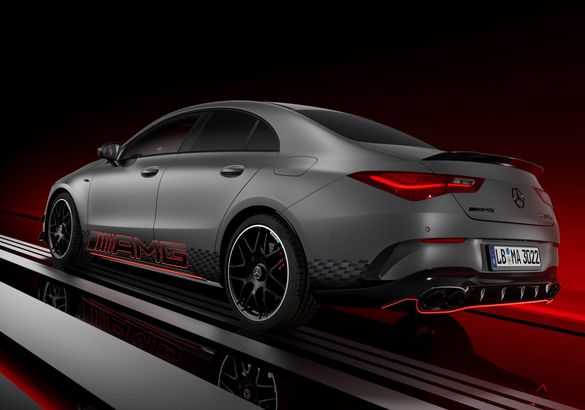 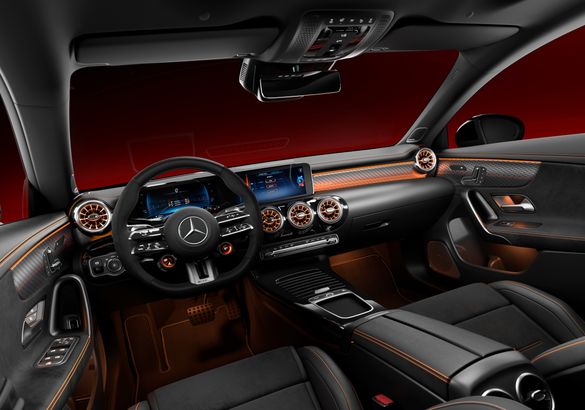 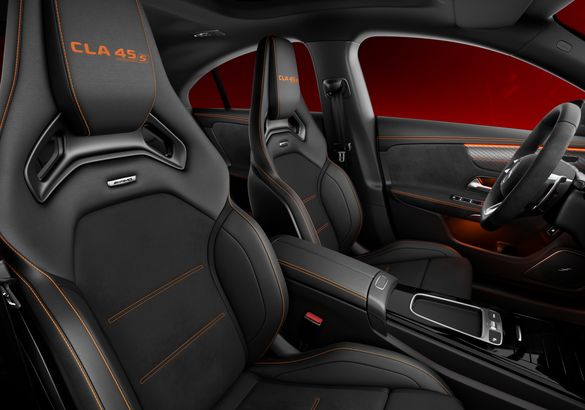 Mercedes-AMG CLA 45 S 4Matic+ AMG Street Style Edition
At the same time, new black wheels appeared in the AMG version configurator. Interior trim with a combination of Artico faux leather and Dinamica suede fabric is now available in brown, leatherette interior can be ordered in a gray-black palette, and genuine leather in red-black. Another innovation is decorative inserts made of linden.
If the Germans have already abandoned the new A-Class and B-Class (cheap models spoil the brand’s image and generate losses), then the prospects for CLA are much brighter: the third generation of the model is scheduled for 2024, which will become the first Mercedes on the MMA modular platform . 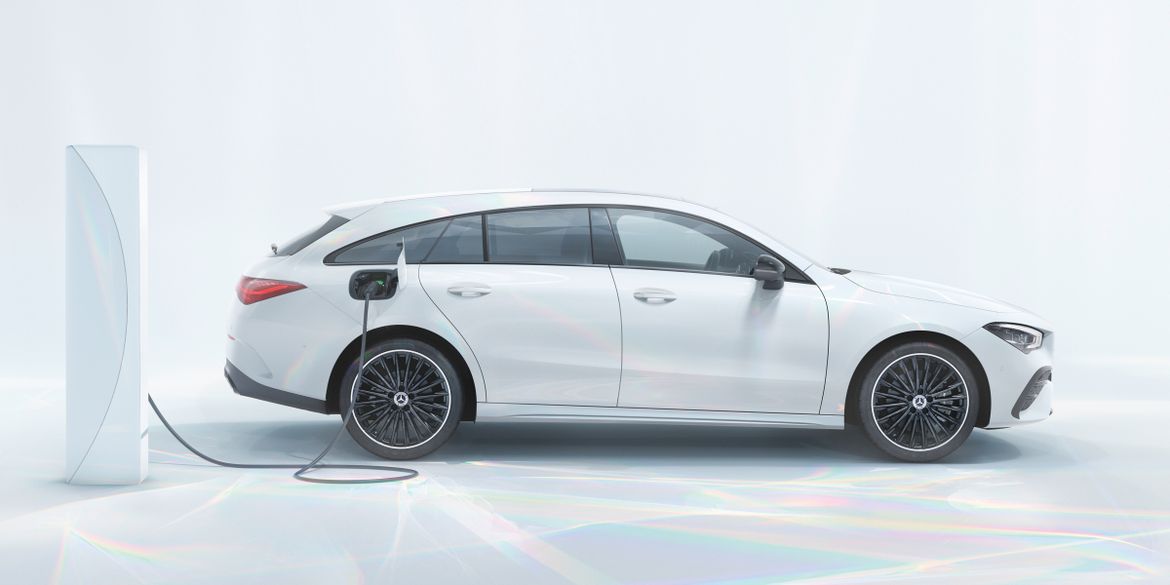