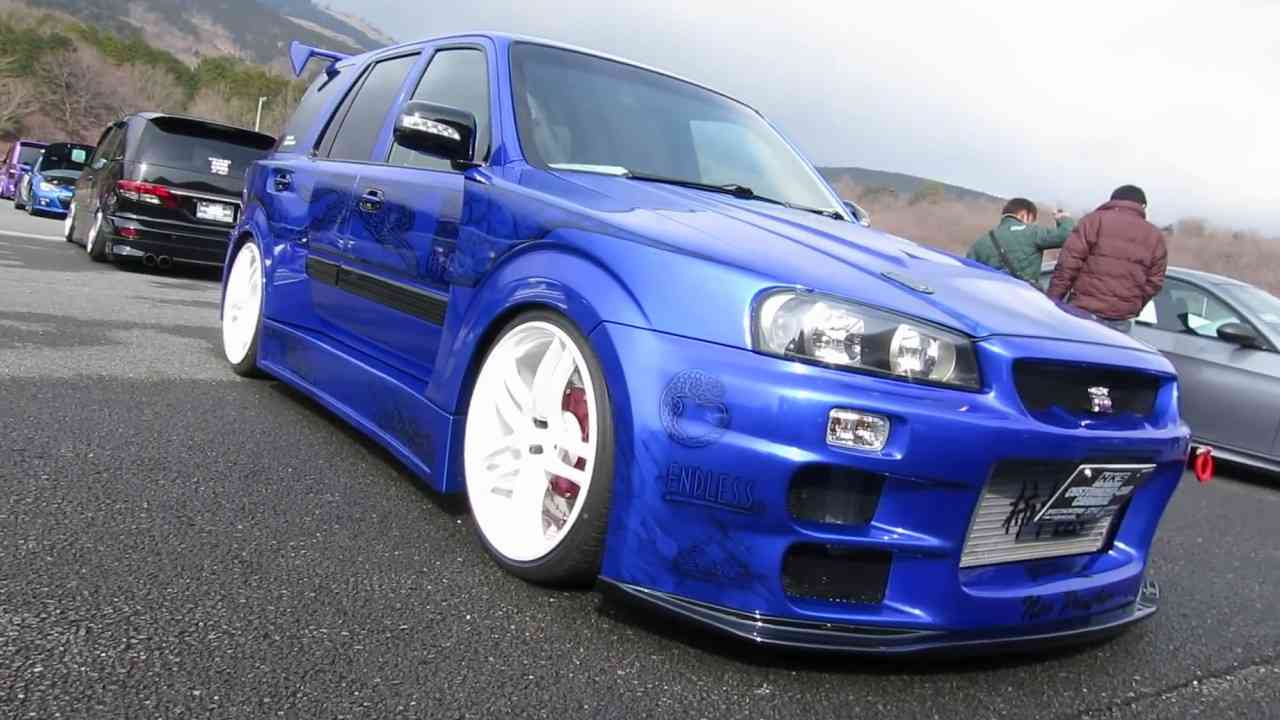 Japanese tuning is so merciless that only in Japan you can find cars like the one in the image above.

At first glance, there is nothing unusual in this car, and only if you look at it more closely, it becomes obvious that this is not a Nissan Skyline GT-R (34) at all, but something else.

In fact, this is a Honda CR-V, whose owner found the appearance of this car too boring and decided to turn it into the iconic Nissan Skyline GT-R (34), which he basically succeeded and succeeded quite well.

Under the hood of this car is a 1.8-liter Honda B18C in-line 4-cylinder engine equipped with a Garrett turbocharger, thanks to which engine power was increased from the standard 190 to 500 horsepower.

It is noteworthy that all this power is transferred to the wheels through a standard gearbox and it copes with this power.

As for the dynamic characteristics of this car, its owner did not share this information, but he equipped the car with a speedometer marked up to 320 km. / h

Based on this, it can be assumed that the car is capable of accelerating to such a speed, but this is not accurate.