The first images of the new “Pilot” Honda posted a month and a half ago, but now the brand’s largest crossover is shown “in full growth” for the first time. With the change of generation of its models, the Japanese company brings the appearance of their “front end” to a single laconic formula, in which small diode headlights adjoin the hexagonal grille.
The distance between the axles of the new car has grown to 2890 mm (+70 mm), and the overall length is an impressive 5080 mm. Body width – 1981 mm, height – from 1778 to 1829 mm (depending on modification). The suspension scheme is the same: “MacPherson” in front, “multi-link” in the back.
However, Honda says that the chassis design has been significantly strengthened, and call the new Pilot the hardiest and most “all-terrain” crossover in the history of the brand. At the same time, the diameter of the front brake discs was increased – from 320 to 350 mm.
As expected, Honda did not test the patience of the Americans with a turbo engine: under the hood of the new Pilot is an all-aluminum twin-cam “aspirated” V6 3.5, which develops 285 hp. With. and 355 Nm. It is paired with a 10-speed “automatic” with paddle shifters, which comes standard with five driving modes: Normal, Econ, Sport, Trail and Snow. 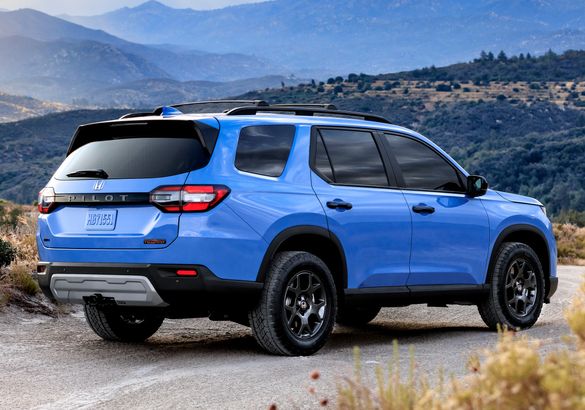 Honda Pilot TrailSport
The increased wheelbase has affected the interior space. Of course, the Pilot has retained eight seats (for those who do not need the third row, there is a Honda Passport), while the distance between the front seats and the second row sofa has become 61 mm more (the back can be tilted up to 10 degrees instead of the previous six) , and an additional 15 mm appeared in front of the feet of the passengers of the “gallery”. The trunk volume has also increased: if you fold both sofas, the owner will have 3219 liters instead of 3092 liters for the previous generation crossover. In a two-row configuration, the boot volume is 635 liters (+ 111 liters). 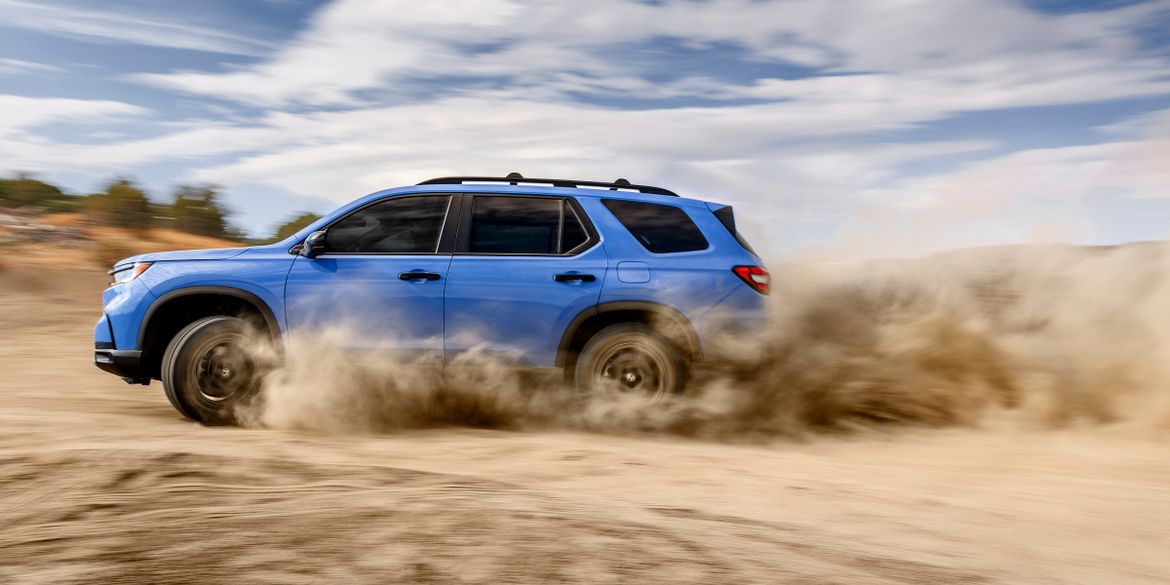 In any of the configurations, the car is equipped with eight airbags and a set of electronic assistants Honda Sensing. The base Sport version has a 7-inch touchscreen multimedia system, but other trims will already have a 9-inch screen with wireless Android Auto and Apple CarPlay. At the same time, a 10.2-inch “tidy” is offered only in the most expensive Elite configuration (in the title photo), while other versions have a 7-inch dashboard. 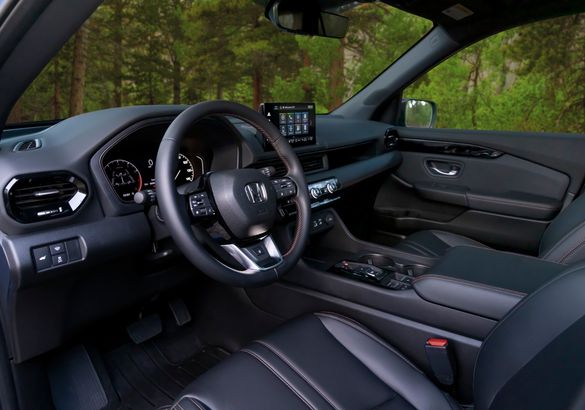 Standing out on the list of modifications is the TrailSport version, which, in addition to the special decor, will offer a reinforced and recalibrated suspension with an increased ground clearance of 25 mm, steel underbody protection and 18-inch wheels (instead of the larger R20) with Continental TerrainContact AT tires. On the TrailSport and Elite versions, TrailWatch mode has been added to the surround view camera system for off-road driving at low speeds. 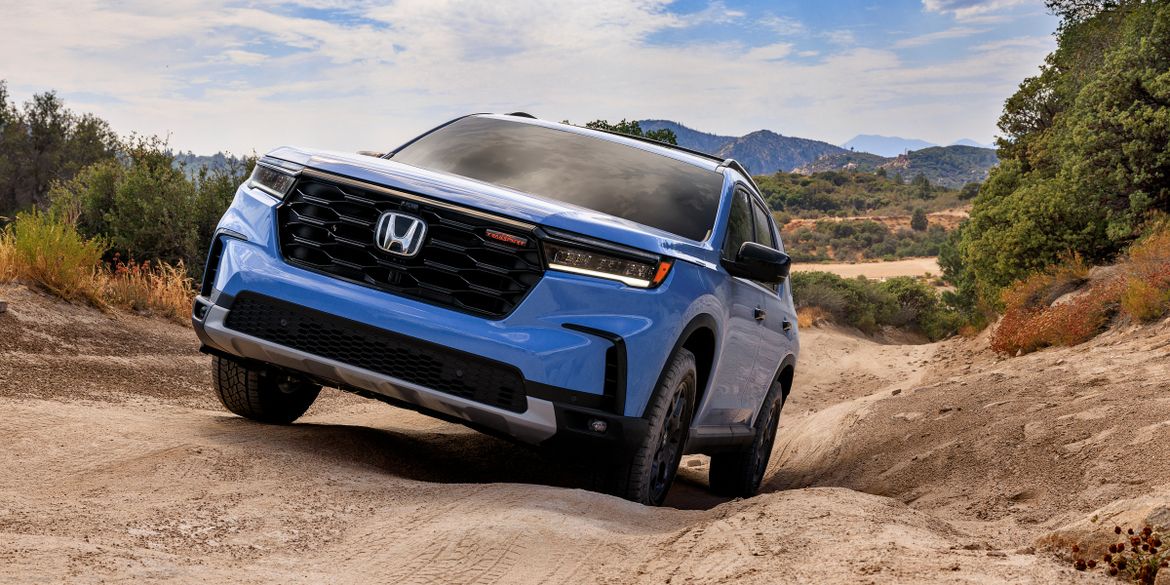 Assembly of the new Honda Pilot at the plant in Alabama will begin very soon: it is stated that the first cars will appear at American Honda dealers in December. The price has not yet been named, however, for a car of the previous generation in America, they ask from 38 thousand dollars.