Under the hood of Cool Dog is a 1.5-liter turbo engine that develops 184 hp. With. and 275 Nm, which is installed on a number of Haval models.
The engine is paired with a 7-speed “robot” DCT with dual clutch; drive – front “in the base” and full – in the top versions.
The interior of the new Cool Dog is decorated in a style somewhat reminiscent of the same Dargo. In particular, the steering wheel and the “visor” of the dashboard are clearly borrowed from the latter.
The “tidy” itself is completely digital, with a 12.3-inch display; the screen of the multimedia system has the same diagonal. The list of equipment available for the crossover includes GPS navigation, a voice control system, and wireless software updates.
As an option, an 18-speaker JVC audio system, developed by the eminent audio equipment manufacturer in conjunction with Great Wall Motors, will be available. The new Cool Dog will thus be the first Chinese car to be equipped with a JVC audio system. Subsequently, it will also appear on other Haval and GWM models. 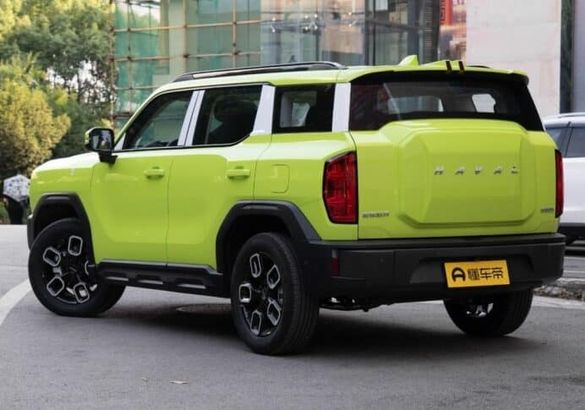