First electric Abarth introduced
58
0
(0 voices, on average: 0 out of 5)
The new Abarth 500e is designed to preserve the brand’s driving heritage even after the abandonment of the internal combustion engine. But will it work?

After the generation change, the Cinquecento became an electric car, so the upgraded second-generation Fiat 500 continued to be produced under the name Abarth. Now, however, the Abarth 500e is introduced, the company’s first car without an internal combustion engine.

A more powerful electric motor is installed on the front axle, which already produces 113.7 kW (155 hp) and 235 Nm, but the 42 kWh lithium-ion traction battery went to the car from the standard Fiat 500. The new electric motor hurt the range : At Abarth it is 250 km – 50 less than the standard third-generation Fiat 500.

Acceleration to “hundreds” of the Abarth 500e takes 7 s (if the battery is at least 90% charged), but the maximum speed is “unsportsmanlike” 155 km / h in order to save the battery. And if in accelerating dynamics the “electro-Abarth” can still compete with the gasoline Abarth 595 (165 hp, 7.3 s) and 696 (180 hp, 6.7 s), then there will be no fight on the track , after all, a 1.4-liter turbo engine in combination with a 6-speed “mechanics” allows hatchbacks to accelerate far beyond 200 km / h.
In addition, the battery Abarth turned out to be heavy. The curb weight of the 500e is almost 1.4 tons – three and a half centners more than the Abarth 595.

The 500e has three driving modes: Turismo (output limited to 100 kW and 220 Nm), Scorpio Street (full output and regen on) and Scorpio Track (regen off).
The Abarth version has a retuned suspension and larger brakes (281 mm front and 278 mm rear discs), and on the outside, 18-inch wheels, bumpers with silver diffusers and one of two exclusive shades – Acid Green (on photo) or Poison Blue.

In the cabin – a plump three-spoke steering wheel with a scorpion on the hub (zodiac sign Carlo Abarth also bears metal pedals), bucket seats and an abundance of Alcantara. A special voice acting has been added to the firmware of the JBL audio system: during the start of the car and during the first acceleration to 20 km / h, a guitar riff is heard, and for an extra charge, an imitation of the rumble of a gasoline engine is offered. 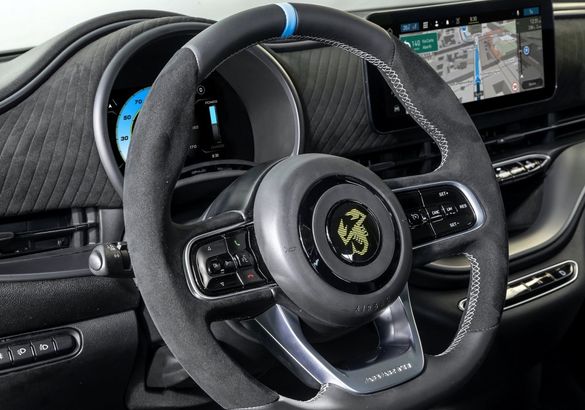 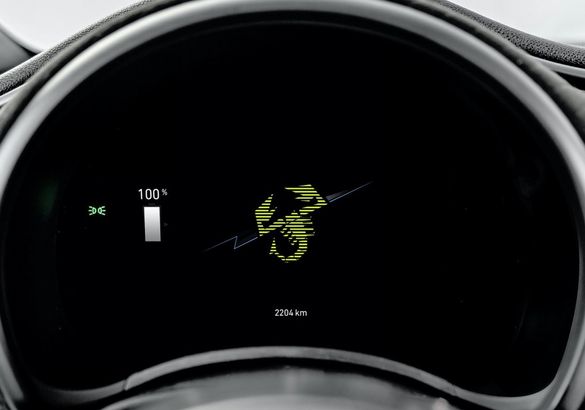 The electric Abarth will kick off with a welcome full-option version of the Scorpionissima, priced from €43,000 for the classic hatchback and €46,000 for the soft-top version. A total of 1949 Abarth 500e Scorpionissima will be produced (in honor of the year the company was founded), and then simpler versions will debut. The first customers will receive their machines in February 2023.
Alas, the battery Abarth does not pull on the role of a “people’s hot hatch” because of the high price: a gasoline 595 in Italy can be bought for 26.8 thousand euros, and a more powerful 696 for 30.1 thousand euros without options. 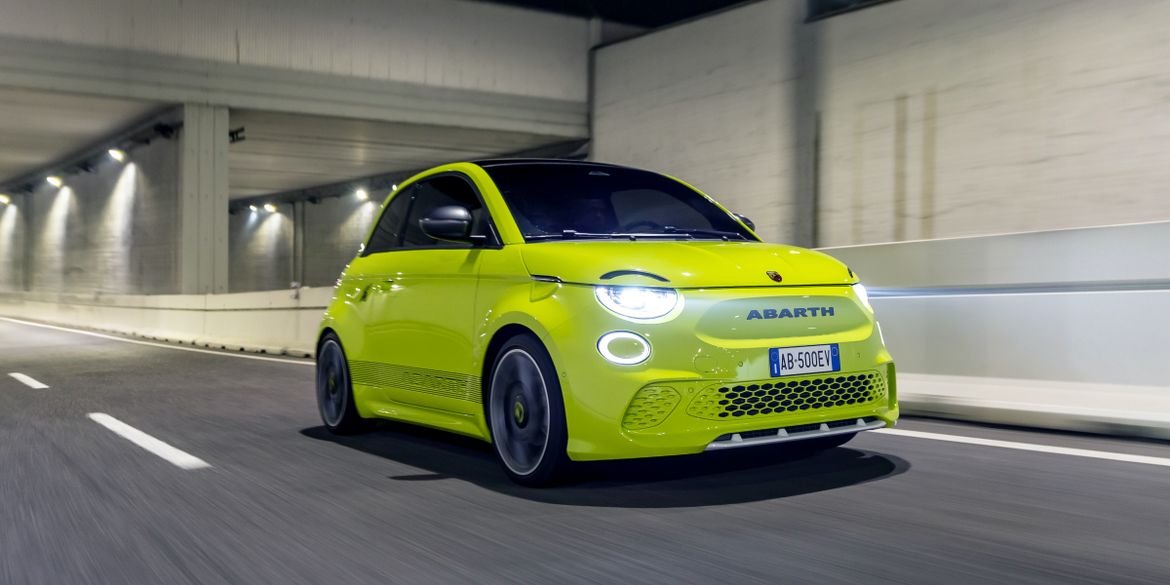