Chevrolet Corvette became an all-wheel drive hybrid at 70 years old
12
0
(0 voices, on average: 0 out of 5)
The new Corvette E-Ray is even faster and can be ridden all year round. But isn’t it better to pay a little more for the Z06?

The eighth decade (the first Corvette was introduced on January 17, 1953) meets the cult model in an unimaginable former status for itself – in the status of a supercar.
The 2019 revolution, when the 6.2-liter V8 moved from the front overhang to the seatbacks with the change of generation, has done its job. Corvette has become frighteningly fast, almost without going up in price: even the simplest version has an acceleration rate to 60 miles per hour (97 km / h) starts with a deuce. But status is not just numbers.

Hybrids from Ferrari and McLaren saw the light back in 2013. Soon the plug-in hybrid, the heir to the Aventador, will also appear in Lamborghini. The third generation Audi R8 (or its ideological counterpart under a different name) will be fully electric. Nissan continues to update the GT-R from the zero and so far they are holding on, but it is already clear that the future generation of the R36 will not do without an electric motor. And now the Americans have decided to join the elite club of builders of hybrid supercars. 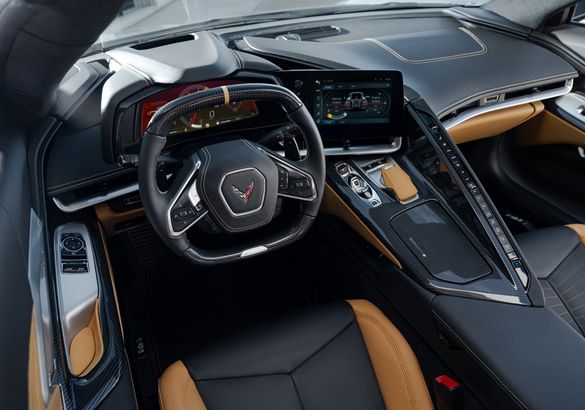 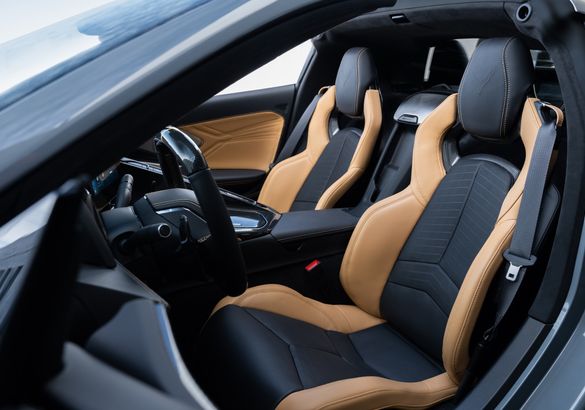 Traction electric motor in the new version of the E-Ray is located on the front axle and produces 120 kW (163 hp) and 165 Nm. The “aspirated” LT2 (502 hp, 637 Nm) with two valves per cylinder and direct injection is the same as the eight-speed “robot” with two clutches. The electric motor does not have a fashionable two-speed transmission.
The front engine is powered by a 1.9 kWh lithium-ion battery located between the seats. The useful volume of the trunk has decreased by only two liters (375 instead of 377 liters), and the 70-liter fuel tank has not changed at all. 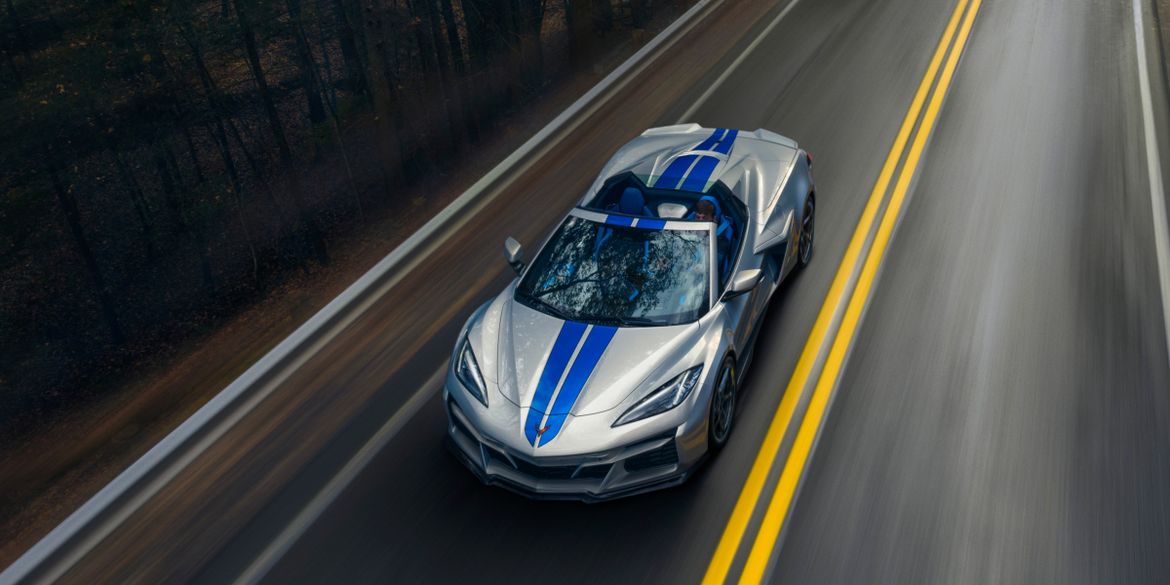 It is impossible to charge from the E-Ray mains: the battery replenishes the reserve due to the recovery of braking energy and when coasting (a separate Charge + driving mode is provided). The gasoline engine is able to turn off half of the cylinders to save fuel (in such scenarios, electric traction is actively used), and in the all-electric Stealth mode, you can accelerate to 72 km / h. 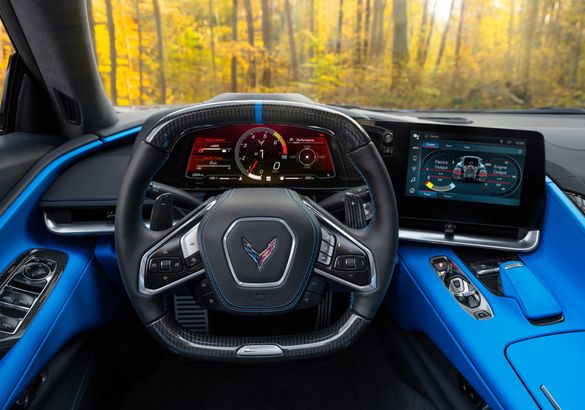 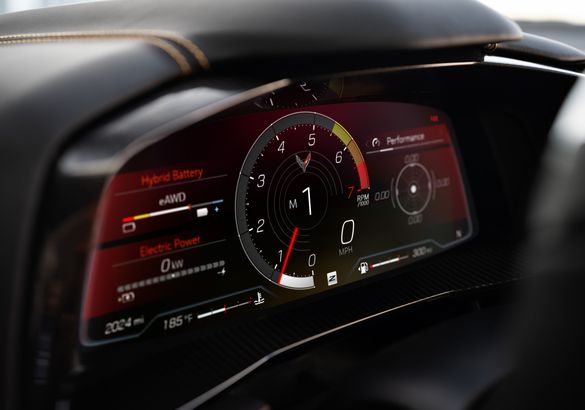 The introduction of the hybrid system has affected the mass: the Corvette E-Ray coupe weighs 1712 kg compared to 1530 for the base model (the targa is another 37 kg heavier). But the specific power still increased, because the peak output of the installation is 665 forces. This is not the most powerful serial Corvette in history (the ZR1 version of the previous generation car produced as much as 766 hp and 969 Nm), but the fastest: acceleration to 60 mph takes 2.5 seconds. The grippy front wheels provide a good quarter: the E-Ray travels 402 meters in 10.5 seconds. The Americans claim that all-wheel drive also helps to control the car in high-speed turns. 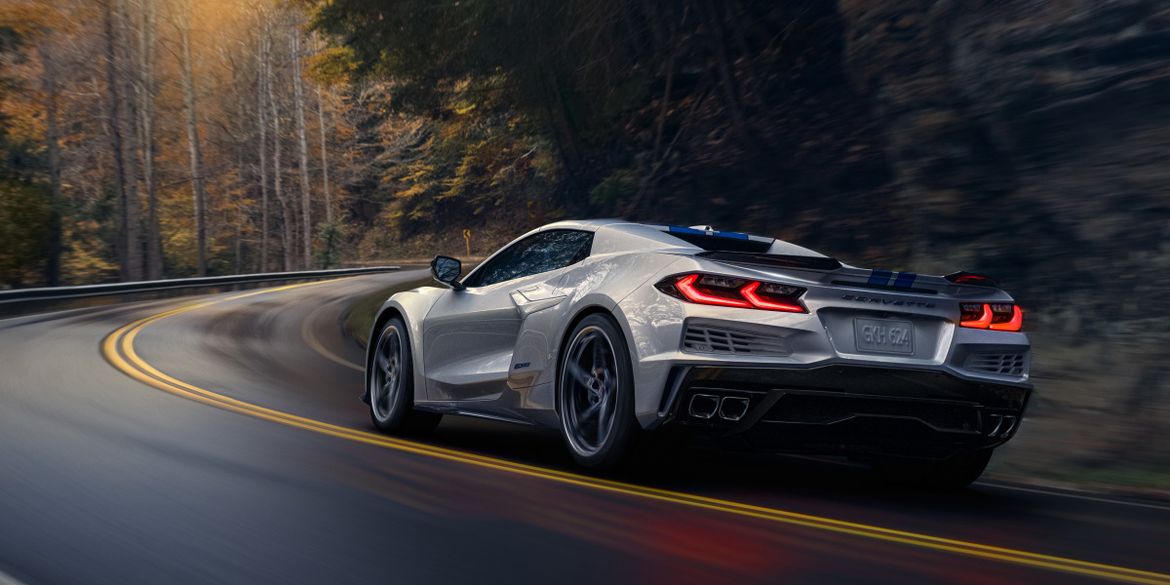 The body of the hybrid is “wide”, like the Z06 version (2025 mm versus 1933 mm for the regular C8), the dimensions of the rims are the same (275/30 R20 in front and 345/25 R21 in the rear), although their design is unique for E-Ray. The wheels are shod with Michelin Pilot Sport all-season tires, and Michelin Pilot Sport 4S summer tires can be ordered additionally. 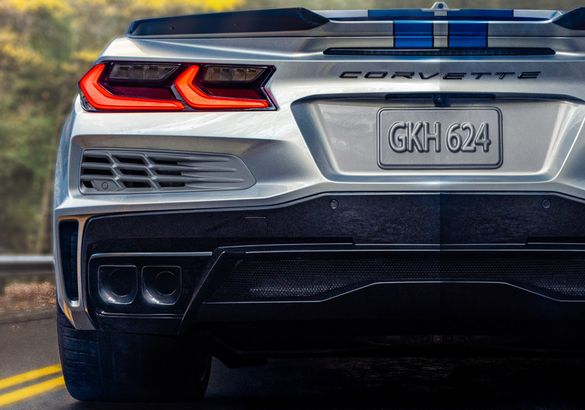 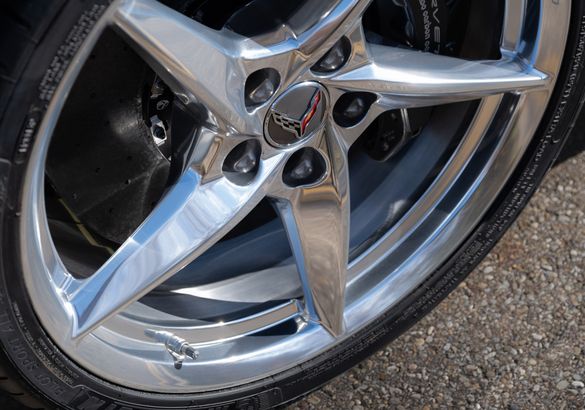 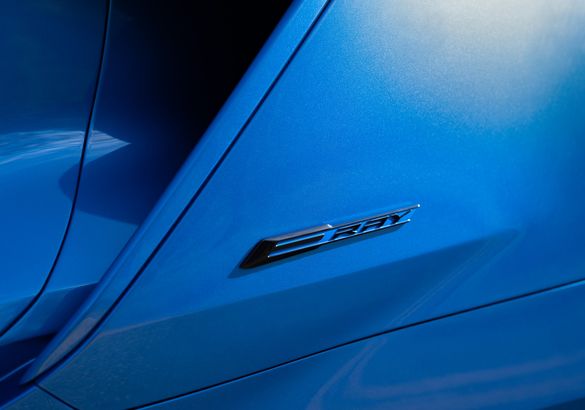 Magnetic Ride Control 4.0 electronically controlled shock absorbers with three stiffness modes and Brembo carbon-ceramic brakes are standard. Outside, you can distinguish a hybrid Corvette thanks to a different shape of the front bumper and side air intakes, as well as two blue stripes along the body (if the owner chose them when buying). The rear ventilation grilles under the lamps are painted in body color (rather than black), in addition to bright blue (Riptide Blue), dark gray (Seawolf Gray) and pale green (Cacti) appeared in the color palette. 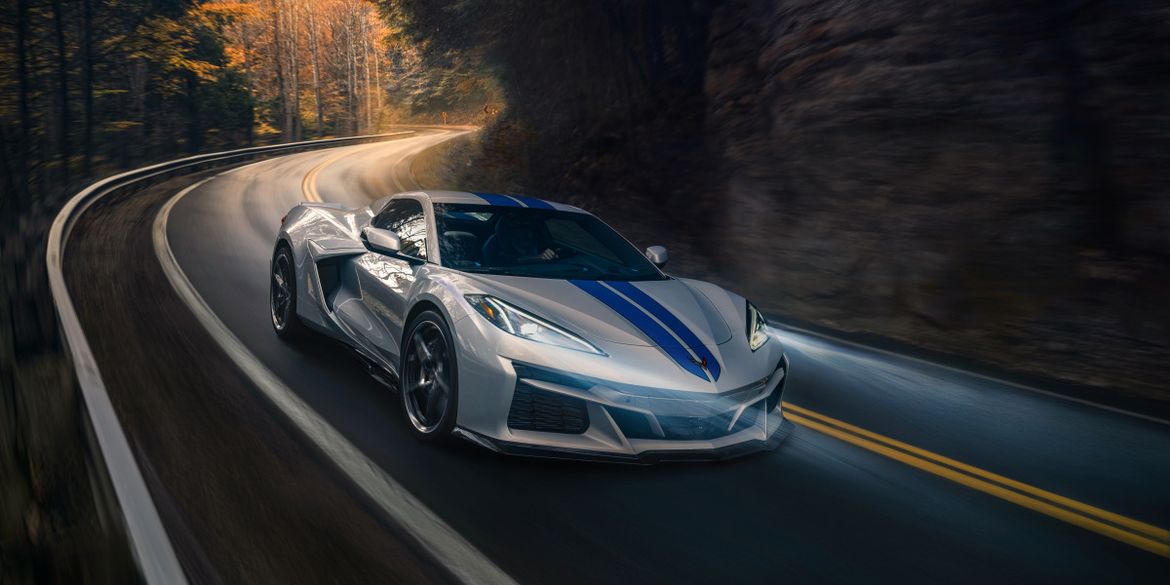 Sales of hybrid Corvette will begin within a year. Prices have already been announced: the coupe will cost at least 104.3 thousand dollars, while the open version will ask for 111.3 thousand dollars without options. For comparison, the base Corvette in America costs 64.5 thousand dollars, but for 105.3 thousand dollars you can already order the Z06 version. It is 124 kg lighter, and behind the driver’s back is a 5.5-liter V8 with a return of 679 hp. With. and 623 – the most powerful eight-cylinder “aspirated” in the world. Why not status? 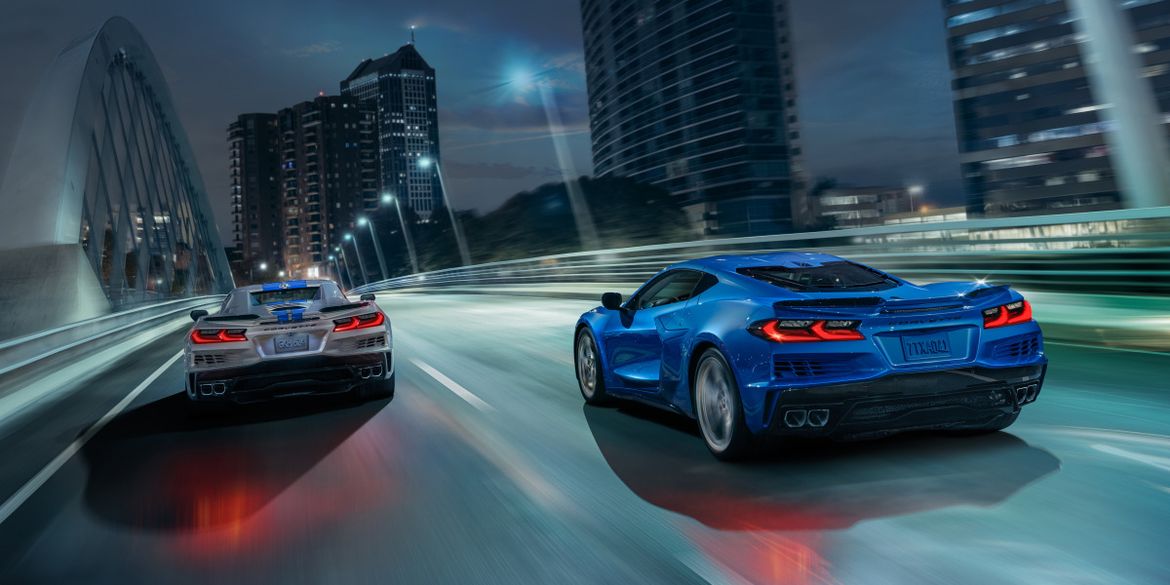 Mercedes-Benz CLA updated according to the template