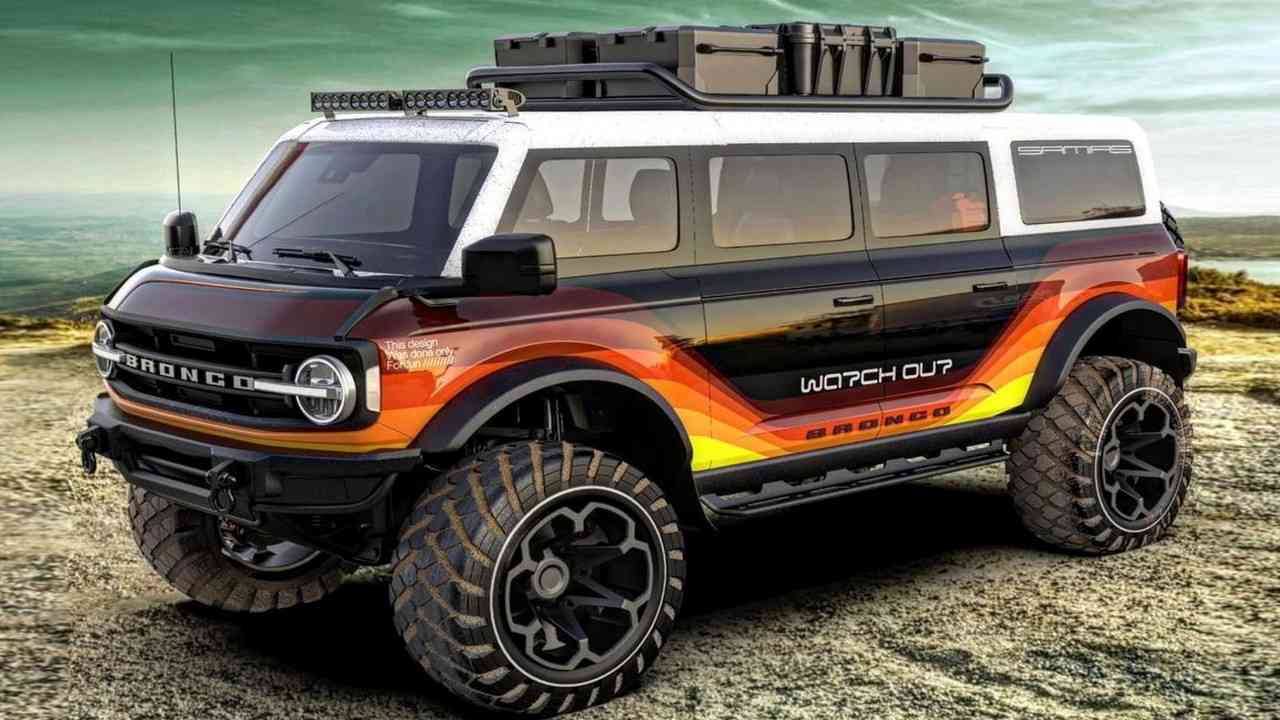 The legendary American SUV Ford Bronco, revived in 2021, is produced in three versions, but this was not enough for independent Azerbaijani designer Samir Sadikhov, after which he developed the fourth one, which he called BroncoVan.

The BroncoVan is a Ford Bronco SUV styled like a minivan. At least that’s what the West thinks. However, for anyone in the post-Soviet space, it is obvious that the BroncoVan is nothing more than a mixture of the legendary American SUV Ford Bronco with the no less legendary Soviet off-road van UAZ-452, better known to the people as “Loaf”. Don’t believe? Then take a look at this:

Agree that it turned out not even bad, and the front of the American SUV fit the modified Soviet van so perfectly that if you remove the inscription “Bronco” from the radiator grill, many will mistake this car for a new development of the Ulyanovsk Automobile Plant.

However, not everything is so simple and far from being a fact that while working on the design of this car, Samir Sadikhov crossed the American Ford Bronco SUV with the Soviet UAZ-452 van, since the Americans at one time also had cars similar to it, for example Ford Econoline Van. In other matters, all this is not important, since this car will never become serial anyway.

It is noteworthy that Samir Sadikhov was one of those who developed the design of the Italian sports cars Lamborghini Aventador and Lamborghini Urus.

Currently, the guy lives in the United States of America (USA), where he works for the American automaker Rezvani Motors and dreams of returning to his homeland to develop Azerbaijani cars there.

“When you have an Opel, but you really want an UAZ”