At the time of its appearance, the RS 6 became the third owner of the now iconic nameplate: by that time, quattro GmbH had already managed to introduce the “charged” station wagons RS 2 and RS 4. But in the case of the Audi A6 of the C5 generation, the Germans did not limit themselves only to the Avant version and released The RS 6 is also available as a sedan.

Audi RS 6 Avant (C5)
Audi says that the main task of the engineers was not even the introduction of the 4.2-liter V8 from the Audi A8 under the hood of the “six” (the standard configuration of the engine compartment simply did not provide room for such a large engine), but also fine-tuning the transmission and suspension. At the same time, the famous oval exhaust pipes and the Dynamic Ride Control roll suppression system appeared.
The developed aerodynamic body kit made the car 91 mm wider. The “ereska” added the same amount to the length, and the extra centimeters went entirely to the engine compartment. The engine was tuned by specialists from the British company Cosworth, who managed to remove 450 hp from the engine. With. and 560 Nm of thrust – Audi has never produced such powerful cars before.
And if the RS 4 could be ordered with traditional “mechanics”, then the first generation RS 6 was offered exclusively with a 5-speed automatic transmission from ZF. 100 km / h from a standstill the first RS 6 gained in 4.7 seconds.
Six years later, the second generation RS 6 saw the light – already with a 5.0-liter V10 (580 hp, 650 Nm) under the hood. The bulky engine (“ten” with twin turbocharging weighed 278 kg) required a dry sump system, and the “civilian” six-speed “automatic” ZF had to reconfigure working algorithms and change the cooling system. However, the acceleration dynamics improved slightly: 4.5 s to “hundreds” for the sedan and 4.6 s for the RS 5 Avant. 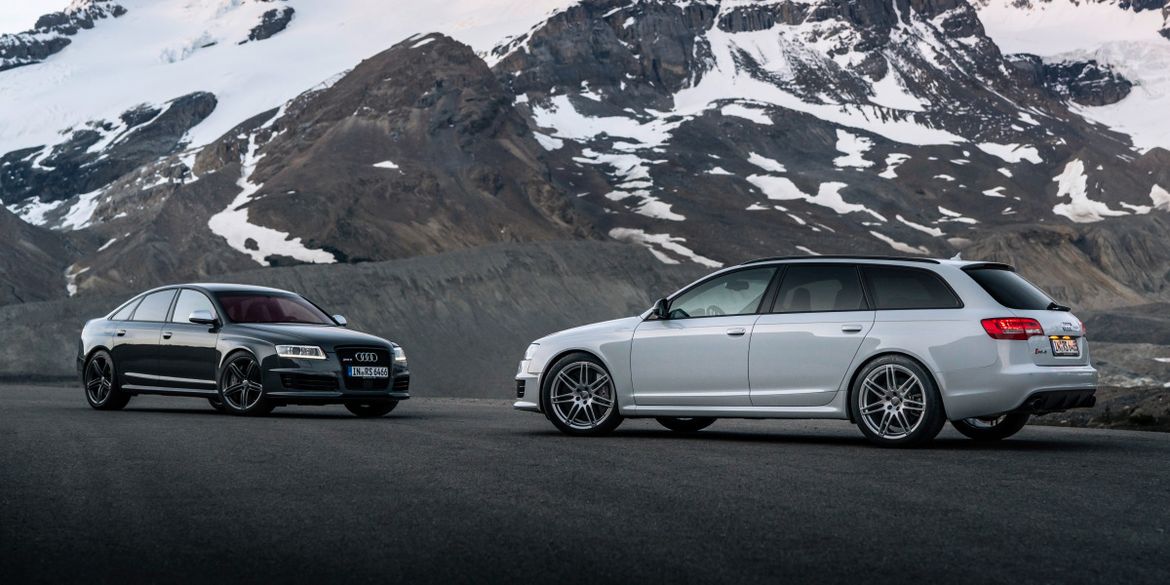 Audi RS 6 (C5)
The C7 generation car has already managed to overcome the 4-second barrier (since 2013, the RS 6 is exclusively a station wagon). “Eight” 4.0 with a twin turbo developed 560 liters. With. and 700 Nm (605 hp in the Performance version) and accelerated the car to 100 km / h in 3.9 s. The new 8-speed “automatic” (of course, ZF) and the curb weight reduced by 120 kg due to a larger number of aluminum parts made it possible to significantly improve the performance of the predecessor. In addition, the “third” RS 6 has become 30% more economical – when driving at a measured pace, the electronics turn off half of the cylinders. Despite the mixed reaction from customers and the press to the reduction in engine displacement, it was this version of the RS 6 that became a bestseller, cementing Audi’s status as the manufacturer of the best fast station wagons for a long time. 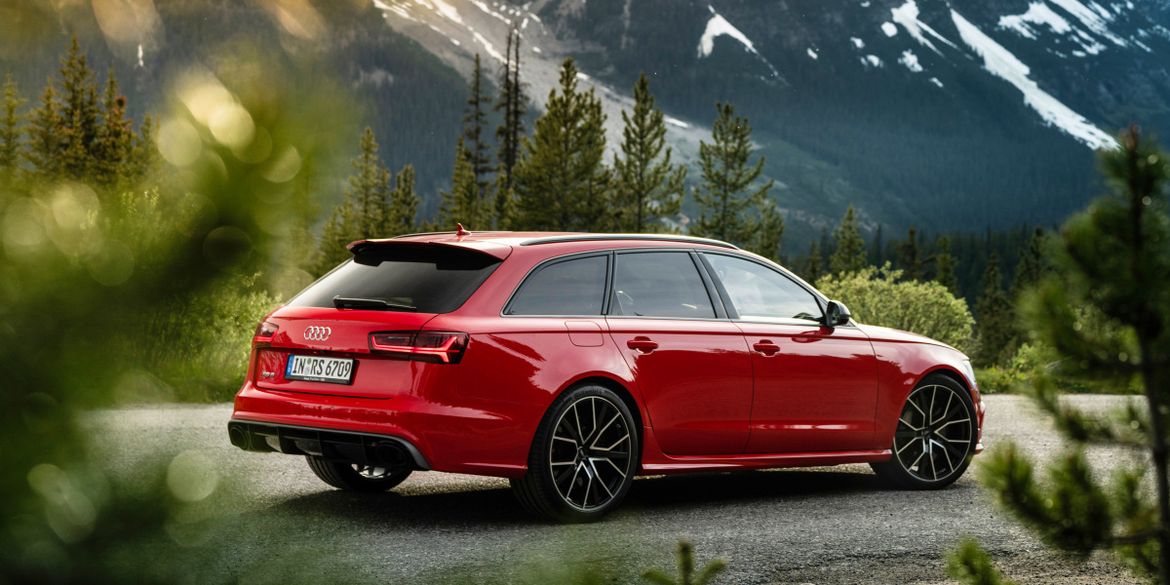 Audi RS 6 Avant (C7)
The fourth generation RS 6 has been produced since 2019. The 4.0 TFSI motor (it produces 600 hp and 800 Nm, although there was no more powerful Performance version) remained without radical transformations, however, a 48-volt starter-generator is now integrated into the body of the “machine”. Acceleration to “hundreds” was reduced to 3.6 s, even despite the increased weight. From the current generation, the “ereska” remains a regular steering rear axle with electromechanical actuators. 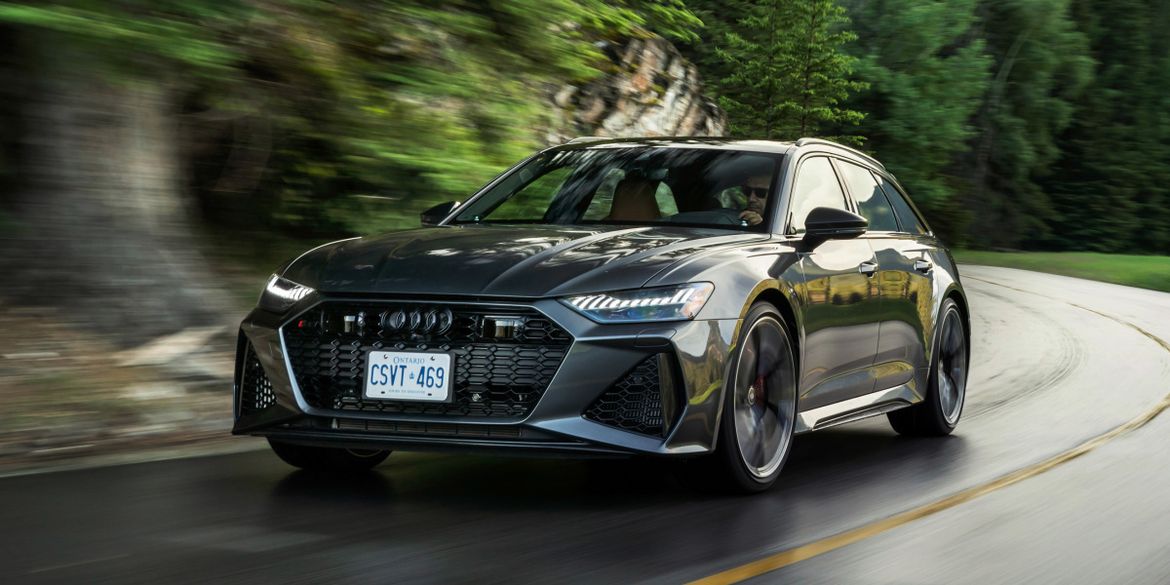 The price of the Audi RS 6 Avant in Germany starts at 129 thousand euros without additional options. In the US, the car is noticeably cheaper and available from 116.5 thousand dollars.