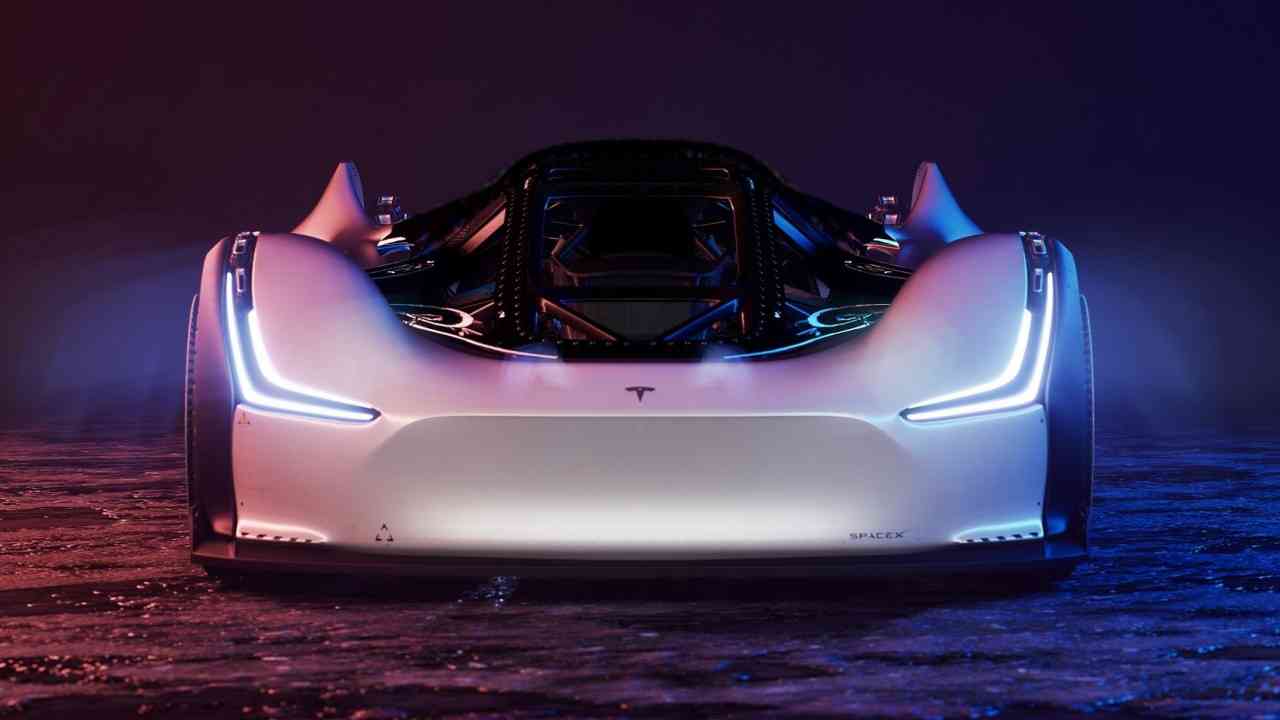 A German designer has developed the Tesla SpaceX Model R, a rocket-powered electric car
143
0
(0 voices, on average: 0 out of 5)

However, sometimes among these, developed by independent Tesla electric vehicle designers, there are very interesting specimens, such as the Tesla SpaceX Model R.

Tesla SpaceX Model R is an electric car designed by German designer Maximilian Schneider, and it is interesting in that, in addition to electric motors, it is also equipped with hydrogen-fueled rocket engines, which, according to the designer, can only be activated when moving in a straight line.

Thus, the total power of the entire power plant of the electric vehicle, according to Maximilian Schneider, will be 2,600 horsepower, and a maximum speed of more than 500 km. / h

It is not entirely clear how he calculated this, but it does not matter, since it is not at all difficult to come up with technical characteristics for a drawn vehicle.

Another feature of the Tesla SpaceX Model R electric car is that it is single-seat. Yes, it’s not practical, but if you look at the electric car from a slightly different angle, it becomes obvious which famous DC Comics character’s car was inspired by the German designer.

In general, although an electric car is interesting, it is not at all suitable for mass production, but it would definitely cope with the role of a Batmobile. Yes, and Batman is the time to take care not only of law and order, but also of the environment. Moreover, now it is in trend.